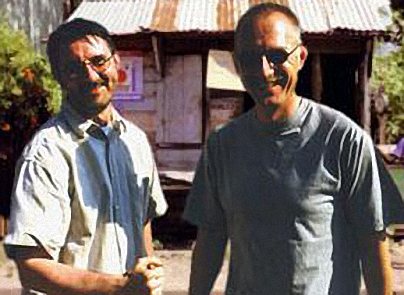 In everything we do our main aim is to spread the “Reggae Vibes”…anyway & anywhere!

Way back, during the seventies, we got in touch with Reggae Music and you could say it was love at first sight. Over the years we not only did buy the albums, singles and disco 45s we wanted to have, but we also tried to get information about the artists, their producers and the recording studios.

Besides that we got interested in the development of Reggae as a strong social and cultural power, not only in Jamaica but in a variety of communities all over the world. At some time in the eighties we suddenly were able to receive the British Forces Broadcasting Services on our radio, which gave us “Rodigan’s Rockers”, hosted by renown reggae ambassador David Rodigan. After becoming regular listeners of “Rodigan’s Rockers” we were convinced that this was what we wanted to do in our own area: SPREADING THE REGGAE VIBES through the radio-waves.

It was in the late eighties/early nineties that Guido Delvoux started his “Cool Runnings” recordshop and label “RUNNetherlands”, thus making it possible for fans of “Black Music” and especially Reggae Music to get their copies of the latest releases. Being frequent visitors of this “oasis” in a town like Maastricht it was evident we talked about reggae business and opportunities to promote our favourite music. It lasted until November 1992, but thanks to Guido’s efforts we finally got the opportunity to do our own two hour reggae show once weekly on a local radio-station called CRM Radio. The rest is history!

Throughout the years we not only have concentrated on our radiowork. So, it was at the end of 1996 that we finally decided to found the NON-PROFIT ORGANIZATION “Reggae Vibes Productions NL” as a result of our increasing activities which included the participation in the making of newsletters for the RUNN Records Mailing Club, the writing of articles and reviews for music magazines and the start of our own REGGAE VIBES FAN SITE. Next to this we got involved in some projects concerning creating websites and more specific website development. Since 2002 we also bring the Reggae Vibes “live & direct” to the reggae and dancehall massive by playing the classics and hottest tunes at events in our neighbourhood.

July 2017 marked another step forward. The ‘old skool’ look of the 90’s has been replaced by a modern new WordPress based layout. The result is a fresh looking site with efficient navigation possibilities and responsive on all major devices.

If you come across content (photos, text, etc) on our site of which you own the rights and isn’t credited to you, please note that it is done unintentionally. You can contact us and request to give it the correct credits or remove it from the site asap.