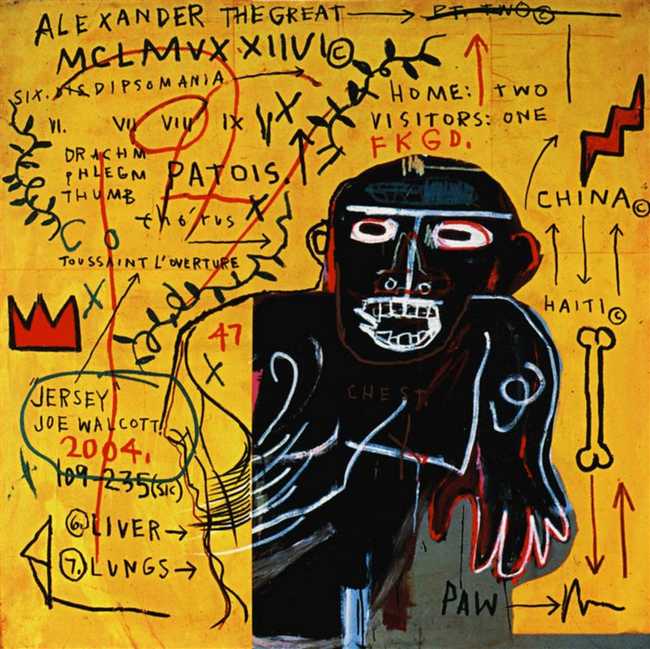 An American neo-expressionist artist who first achieved fame as part of SAMO©, an informal graffiti duo who wrote enigmatic epigrams in the cultural hotbed of the Lower East Side of Manhattan during the late 1970s where the hip hop, post-punk, and street art movements had coalesced.

A poet, musician, and graffiti prodigy in late-1970s New York, Jean-Michel Basquiat had honed his signature painting style of obsessive scribbling, elusive symbols and diagrams, and mask-and-skull imagery by the time he was 20. “I don’t think about art while I work,” he once said. “I think about life.” Basquiat drew his subjects from his own Caribbean heritage—his father was Haitian and his mother of Puerto Rican descent—and a convergence of African-American, African, and Aztec cultural histories with Classical themes and contemporary heroes like athletes and musicians.

Often associated with Neo-expressionism, Basquiat received massive acclaim in only a few short years. Basquiat’s works capture a very important social time in the U.S during the 1980s, showcasing the subculture of graffiti and street art during the height of New York’s global art scene. In 1983, he met Andy Warhol, who would come to be a mentor and idol. The two collaborated on a series of paintings before Warhol’s death in 1987, followed by Basquiat’s own untimely passing a year later.