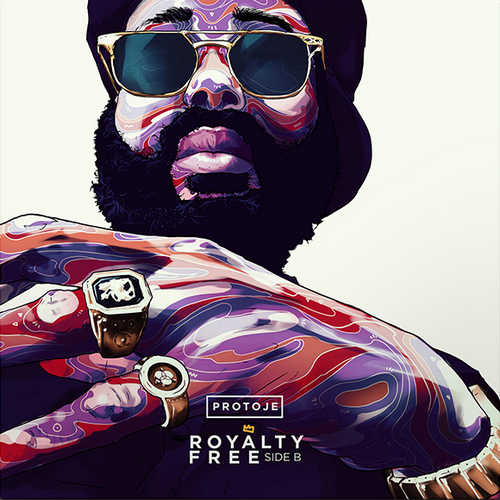 Format: Artwork for cover of Protoje’s “Royalty Free – Side B” project

Taj Francis was born in Kingston JA, but has lived in Spanish Town, St Catherine, for most of his life. His parents nurtured his interest in art into a passion.


Jamaican digital and visual artist Taj Francis, is an illustration major Graduate of Edna Manley College School of Arts. He grew up and is a resident of the island of Jamaica, and has been doing art for as long as he can remember. The media used for his artworks are the usual pen and ink as well as brush and ink and spray paint.

Francis began creating art at a young age, dropping out of school to pursue a career in the arts. “I have always been pursuing art all my life, I say pursuing because looking at what I’ve done , I’ve been practising my craft and developing my skills,” Francis told The Gleaner. Starting with commercial work such as generic flyer designs and logos, Francis soon branched out into his own brand. His growth granted him the autonomy to identify his own voice. 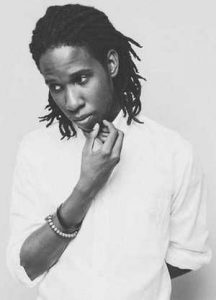 For him, art is an “intelligence” because a normal idea can be turned into something incredible. “Art can change the world, we see how it does negatively through campaigns for the things that are not beneficial, or are just negative to society,” he was quoted as saying.

A major medium for his more popular works is digital illustrations and paintings. He has been featured on several websites and is currently working on a clothing line where he also dose custom artwork on shoes. His artwork inspired by music and a passion for what he does enables him to grow in his skill.

Taj Francis uses his love for reggae and hip hop music to create digital art. As a 26-year-old artist, he has taken on the mantle to inspire and evoke something within the viewer. What makes his aesthetic unique is the combination of Japanese manga, vintage vinyl, baroque paintings, all underpinned by expressions of his own culture.

One of his works, titled TENFOLD VIBES, is made up of portraiture pieces enhanced with his signature style. The explosion of colour creates a sort of landscape and alternative dimension across the subject’s face.

T A J x Green Lion Crew ‘TEMPLE’ – the 2014 collaboration artwork with Green Lion Crew was the first piece of the “TENFOLD: Opus” project. The project is a collection of collaborative visual pieces with producers and musicians, in which they interpret each others work to come together for one audio-visual piece. This piece is a visual interpretation of the “Fall of Mankind” in the garden of eden. The Book of Genesis, Chapter III.

‘WHO KNOWS DUB’ – the collaboration artwork with Winta James, Protoje and Chronixx was the second title piece for the Audio-Visual EP “TENFOLD: Opus.” This piece was inspired by the duality of inner peace and anxiety.