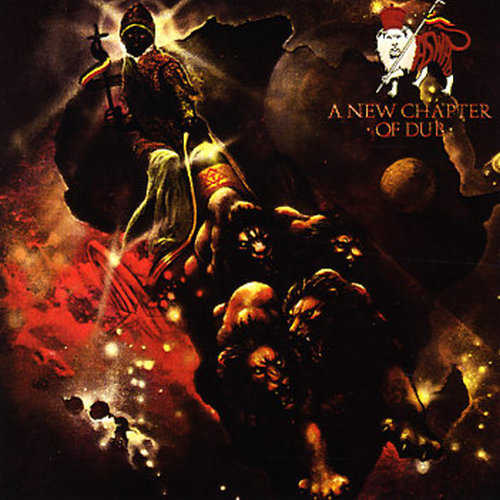 The designer & audio engineer is something of a mysterious character. No website, no facebook page, no instagram,  seemingly not active on the internet. And there’s not even a photo of the man found anywhere.

Although among reggae fans, Paul ‘Groucho’ Smykle is best known as the skilled audio engineer behind albums such as The Twinkle Brothers’ “Countrymen”, Ini Kamoze’s “Statement” and “Pirate”, Black Uhuru’s “The Dub Factor” and their Grammy-award winning album “Anthem, and Sly & Robbie’s “Dubrising”, it’s perhaps little known that in the early days he also designed album covers as well as stage backdrops. He, for example, did the cover art for the sleeves of Wayne Wade’s “Dancing Time”, Aswad’s “A New Chapter Of Dub”, Yabby You’s “Beware”, Culture’s “Cumbolo”, Ranking Joe’s “Weakheart Fadeaway”, The Revolutionaires’ “Goldmine Dub” and also Michael Prophet’s “Serious Reasoning” set, which got a release on Island Records. If you see artwork credited to “Dubmaster Productions”, know that it’s done by Paul ‘Groucho’ Smykle.

This dub album consists of re-mixes from Aswad’s “New Chapter”album which was released in 1981. The mixes are credited to Aswad drummer Drummie Zeb & Michael “Reuben” Campbell – who should not be confused with toaster, producer, radio personality Mikey Dread who shares the same name. This record is outstanding because it constantly keeps listeners guessing. At times the mix is dreamy, but rather than slipping into a comfortable groove, at other points there are obtrusive and surprising sounds. Examples of these incongruous and startling aspects of the mix can best be heard on “Flika Flame” and “Zion I”. One might make the case that the tracks are a little too hectic at times, especially on the album closer “Ghetto In The Sky”. Either way the album highlights some magnificent brass playing from a number of veteran musicians including Vin Gordon and future Jazz Jamaica members Eddie “Tan Tan” Thorton and Michael “Bammie” Rose. It’s a shame this dub record has never been bundled with its vocal counterpart. However as it appeared on CD as part of the “Island Masters” series, it is an example of a dub album that both sounds great and is relatively easy to find. It also offers proof that UK dub could be positively captivating in the early 1980s.