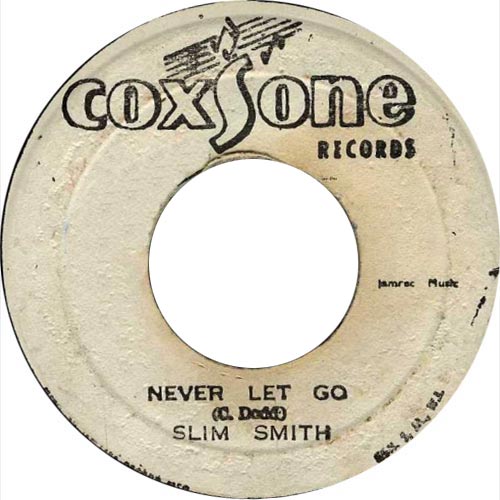 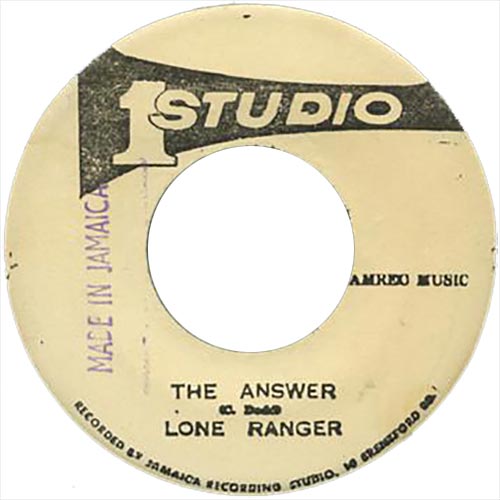 “Never Let Go” is one of the most popular riddims ever. Slim Smith’s original cut is music that is one of a kind; the riddim with its juggernaut bassline steams along, punctuated by a striking horn riff, over which Slim sings in his inimitable soulful way. Slim Smith made so many outstanding records, but the riddim on this one is something else.

Some years later Coxsone Dodd used the riddim for “The Answer” by Lone Ranger. At this time Lone Ranger was an up and coming deejay, and it was the popularity of “The Answer” that initially made his name. Indeed, many people still call this riddim “The Answer” as it was this record that brought the riddim back to the people’s attention, and it has just kept on coming back since then.

Other Studio One deejay cuts include another Lone Ranger version, “World War One” and Jim Brown’s “Calypso Calypson”. Coxsone also issued vocal vocal cuts by Willi Williams with “Keep On Moving” and a great Earl Sixteen song, “The In Thing Now”.

Outside Studio One there are well over 300 versions of this riddim, and one of the best is another deejay cut, Brigadier Jerry’s “Pain”, on which Briggy delivers a stunning toast over a slow recut of the riddim distinguished by a very different and effective horn riff. This cut of the riddim was also used for Phillip Frazer’s cover of “Never Let Go”. Another great deejay cut is from a pupil of Briggy, Charlie Chaplin, whose “DJ A Dance” is an excellent track from the outstanding “Que Dem” album.

There are also excellent deejay versions from Josey Wales, Peter Metro& Zu Zu, General Trees, Jah Batta and Mikey Jarrett. And for an outstanding singing cut one has to look no further than Sugar Minott’s “Rock Of Ages”, which is a brilliant adaptation of the standard that only he could have pulled off.

There have been some massive hits on the riddim and two of the biggest included Smiley Culture’s “Police Officer” and the progressive “Rub A Dub Soldier” by Paul Blake & The Bloodfire Posse. There has been one album on the riddim, “One Way Style”, but despite some good performances it is let down by a rather weakly mixed riddim track. 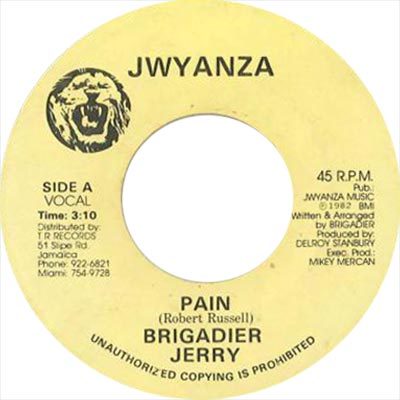 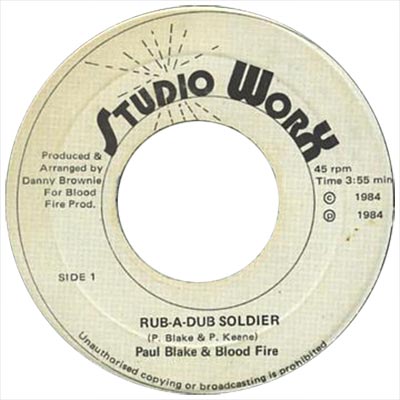 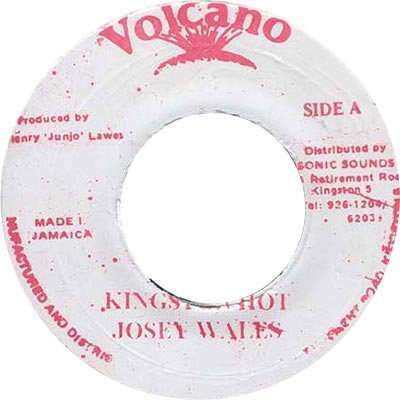