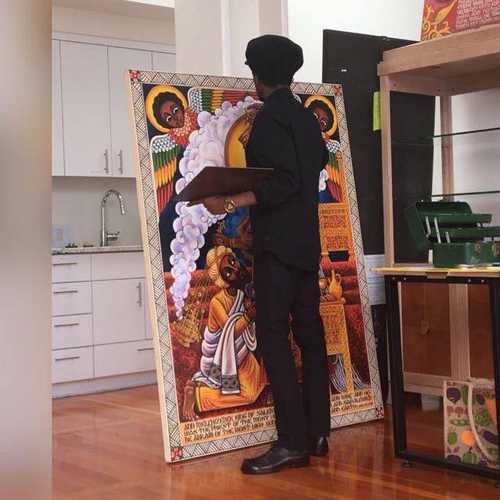 Abba Yahudah is an amazing painter and besides that the creative artist behind the covers of Chezidek’s “Order Of Melchezidek” album and Addis Pablo’s album “In My Fathers House”, both released by esteemed Dutch record label JahSolidRock.

Abba Yahudah migrated to the USA from Jamaica in 1981 and took his first job as a sign painter’s apprentice, developing his skills through exposure to typography and layout. During his early years, his mentors and art teachers recognized his talent and entered him in numerous art and poster contests, of which he consistently took first place.

While living in New York in the mid 80’s, he furthered his studies at Parsons School of Design, majoring in graphic design and layout. He completed his final schooling at the School of Visual Arts (SVA) in New York’s East Village, majoring in package design and illustration.

From 1987 to 1994, he was employed as an art director/illustrator for one of the largest design firms in Manhattan, working with such companies as Sony, Sharp, Revlon and Pepsi, to name a few. His various responsibilities during those years included: conceiving and developing design solutions to market anything from electronics to perfume. 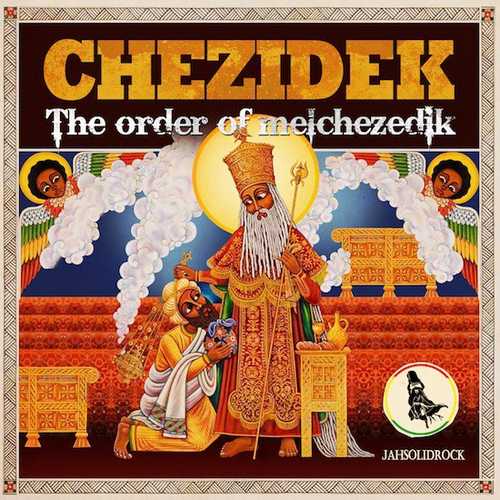 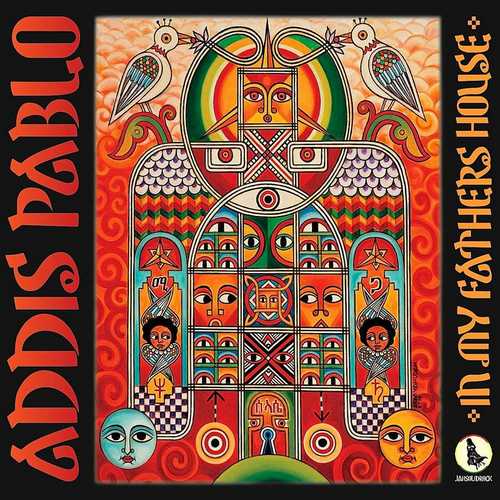 The 1990’s came to a close and a new millennium opened with Abba Yahudah on California’s West Coast, laying new foundations for a new decade. In 2000, Forty Days and Forty Nights, the Essene Shamanismo Botanica opened as a retail space offering educational tools for spiritual practices and a center for the healing arts.

He is also one of the founding partners as well as the marketing and advertising director for Inesscents™ Aromatic Botanicals, a family-owned natural and organic body care company, founded in 2001 and based in Southern Oregon. Presently, Abba Yahudah has honed his skills and decades of art and advertising experience into GOT Art Productions, the umbrella company of GOT Brand Solutions™.

His fine art has traveled internationally, exhibiting at the Habesha and Lela Art Galleries in Ethiopia, the University of the West Indies in Jamaica, the Smithsonian Museum of Natural History in Washington DC, as well as many galleries in the San Francisco Bay Area. He has released an EP entitled “M.I.L.K.” as well as a full-length album called “From De W.O.M.B.”, which was released in 2008. And in 2014 he published the book “A Journey to the Root of Rastafari: The Essene Nazarite Link”, both written and illustrated by him.