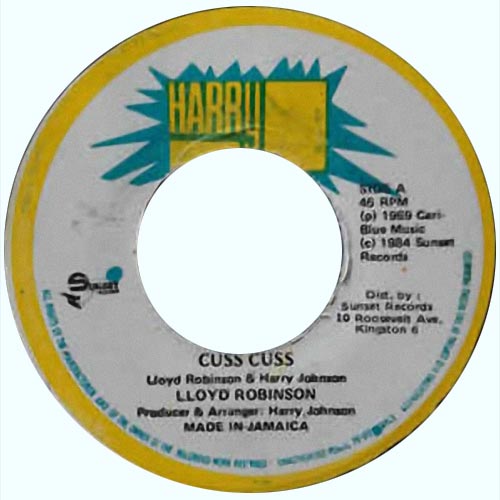 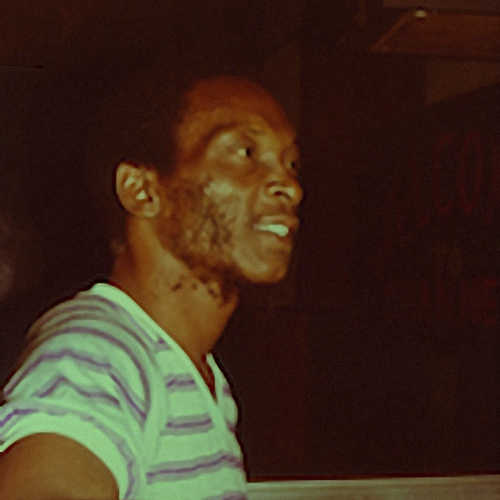 Harry Johnson aka Harry J was one of the last big producers to emerge out of the late ’60s Reggae era, following on from the likes of Lee Perry, Bunny Lee, Clancy Eccles and Joe Gibbs and a few others. Like all the producers listed above he had gained some UK Pop chart success, but unlike them he didn’t have continuous success in the Reggae charts then, that would have given him the same sort of status those producers enjoyed. Nevertheless, with help of Island Records he had by the early ’70s one of the best recording studios in Jamaica – so much for status.

Still back in the late ’60s he did cut one or two Reggae classics, and one of them is the magnificent “Cuss Cuss” by Lloyd Robinson. Recorded at Studio One, “Cuss Cuss” has everything you would expect that famous studio could offer, a great drum and bass sound together with some fine keyboard work, but best of all some truly outstanding lead guitar work which sounds like Ernest Ranglin. Lloyd’s vocal and song is also due praise. Especially the song that is a call for a little bit more peace and understanding.

In the late ’70s with the original out of press and general circulation, and with some demand for the tune, Coxsone pulled out his cut of the tune for release on the LP “Studio One Showcase Vol. 2”. Once again it’s Lloyd Robinson, only this time he finds himself singing his song over a slower and much fuller production of the riddim. Although it is very well done, it’s not better than the first cut, very few versions are ever better than the original.

Not long after Coxsone’s cut of the tune came the first of three versions of it from Horace Andy. Horace first cut the tune for Lloyd Barnes’ New York based Wackies label. This cut is slower again than the Coxsone cut, but is a lot more open in its production which gives it back some of the energy found on the first cut. Around the same time Ranking Joe released his version of the riddim called “Cus-Cus Women”, which also slows the riddim down. This cut must be the heaviest cut (soundwise) of the riddim ever recorded.

It’s Horace Andy though who maintained a lot of interest in the riddim – in more than one sense. Producer Tad Dawkins did a deal with Harry J to release the original from Lloyd Robinson. The deal must have also given him the right to use the riddim, because on the “Horace Andy Showcase” album we find Horace Andy singing “Cus Cus” over the original “Cuss Cuss”! It’s a really well sung great version of the tune. Not content with that, on the same LP we find him singing “Babylon System” over a new cut to the riddim, which also finds him in great form. 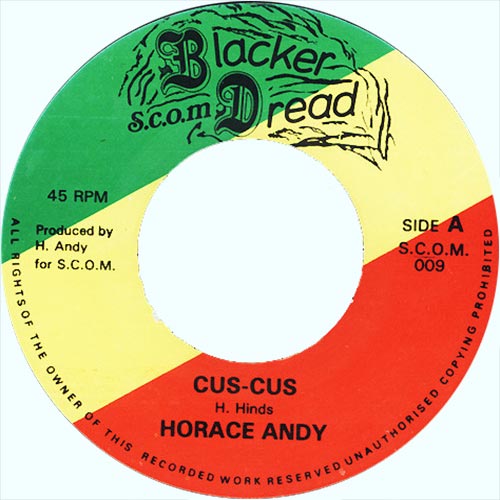 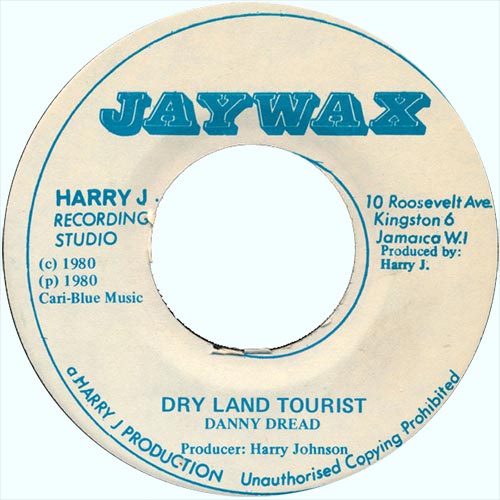 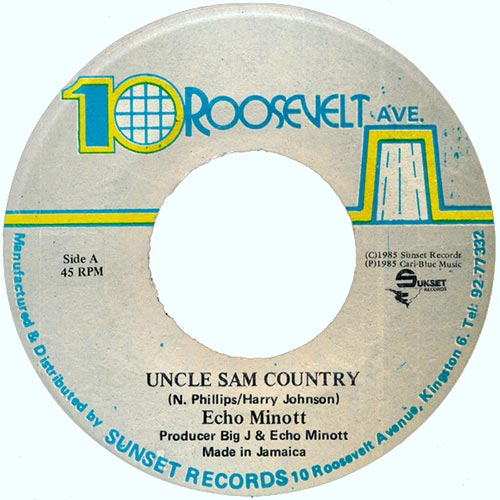