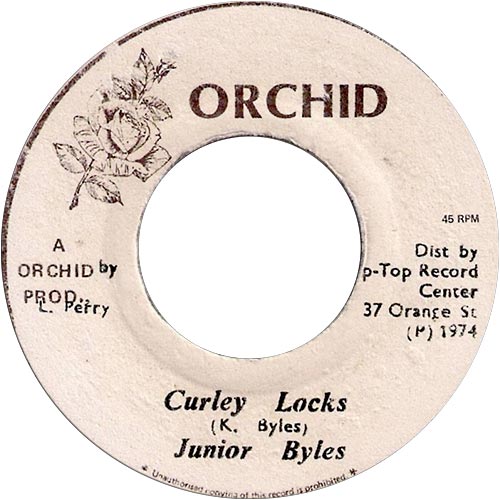 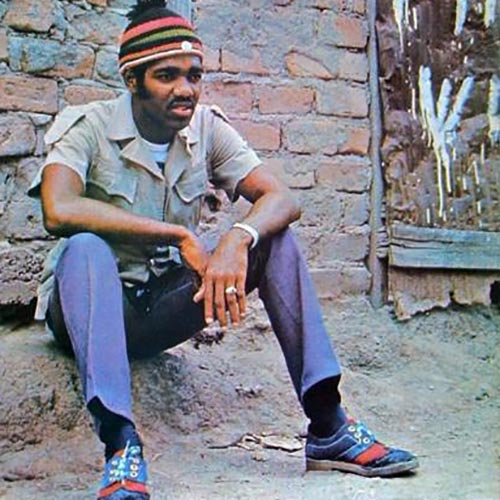 Like Joe Gibbs, Lee Perry was no great riddim builder, at most a half dozen riddims. Unlike Gibbs, Scratch is a great innovator, preferring to create rather than imitate. Having said that, when a riddim did take his fancy, he would cut a version of it. Overall though, Scratch was into total riddims, this is what makes him so special. His bass and drum, first with say the Barrett Brothers and then with Boris Gardiner and Mikey Boo, was integrated to rely upon the pace of the riddim, his mixing would then be the main interest, rather than the bass and drum.

“Curley Locks” by Junior Byles was different, like all of Perry’s work at the time it had a great mix featuring a slow well played electric piano instead of the riddim guitar, but it also had a magnificent riddim – bass and drum. With Junior’s great voice singing about his love of “Curley Locks”, his dreadlocks and the problems this was causing with Curly Locks’s father who was a ‘Walking Dead’, the song had virtually every emotion known in it. It was a huge hit as well – going from the DIP label to the Magnet label – a pop label where it went into the lower regions of the pop charts.

With the success of “Curley Locks”, Scratch wasted no time in issuing versions of the riddim, “Golden Locks” and “Silver Locks” came together back to back on a Clocktower 7″ (US). “Golden Locks” is a half sung, half deejayed cut by Lee Perry with the addition of bells (?) and an African sounding guitar. “Silver Locks” features this guitar alone – one of the best guitar lead instrumentals ever to be made in the music. “Dreader Locks” is a duo between Lee Perry and Junior Byles with Junior right at the very end attacking ‘Prince’ Tony Robinson, with “Prince Tony you’re a phoney”.

This attack, no doubt urged on by Perry, was because Prince Tony had recut the tune and was enjoying a big hit with Big Youth’s deejay cut “House Of Dreadlocks”, a celebration of the Youth’s local football team called the ‘House Of Dread’. “Tangle Locks” the B-side is a nice horns version of the tune.

Another interesting cut of the tune came from The Gladiators for Studio One – “Beautiful Locks”. This one’s outstanding feature is its use of a soft ‘Flying Cymbal’ style. Coxsone never really got into that style of riddim (flying cymbal) but it’s done very well here. Most of the original pressings of the tune were on English white label, which is a bit odd because by the time he had no UK release outlet. Perhaps even odder is the instrumental cut called “Soul Moog” by Ken and The Establishment. Ken, must be Ken Elliott (The Vulcans) a UK based keyboardist, which suggests that this tune was recorded by Coxsone on one of his rare visits to the UK. 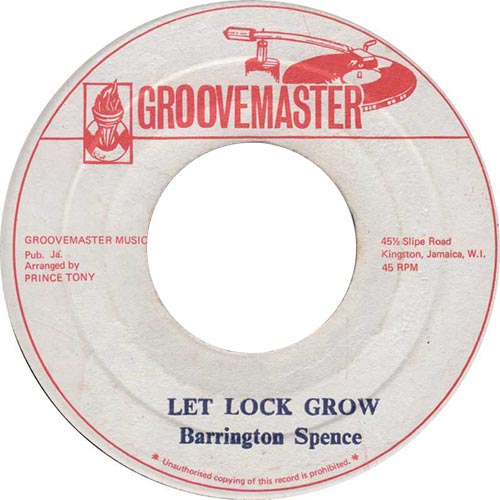 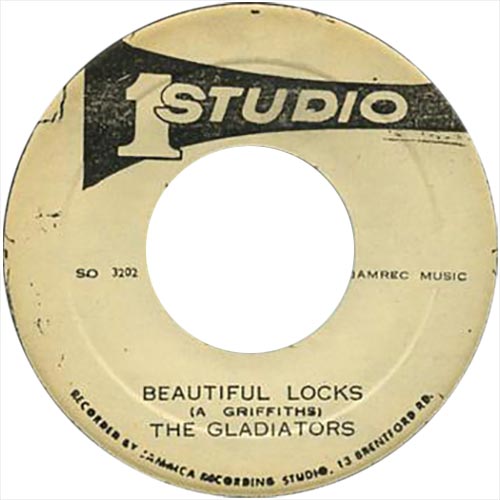 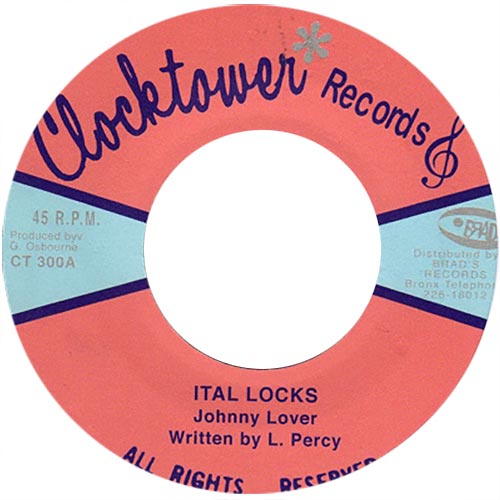