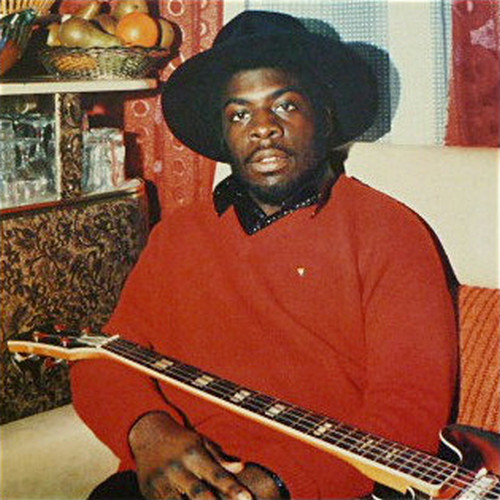 Until “Rat A Cut Bottle” scored chart success and got rated as one of the most outstanding roots tunes of 1981, Lion Youth was seen as a second class or back row UK reggae artist even though he had previously scratched his name in the limelight with “Chant In A Dance”. However, he soon found out that the role up front as a major UK reggae artist can be tempting because it promises much elevation and sometimes a lot of power without much pressure.

Not only is he visually compatible, with an amiable personality, and therefore a fairly promotable image, but he doesn’t, as he puts it, take his career as a joke, or a strong means of making money. Lion Youth a.k.a. Clarence Williamson was born in North West London on November 11th 1963. As a typical scorpion the contents of his character portray him as man who admires women, love and romance, among positive things like the unification of all black races, and live a clean life as possible. At the tender age of eleven Clarence began to show interest in singing by performing in front of his class mates at lessons where he was given the chance to prove his talent, or sometimes teased by friends for a quick giggle or laugh, who at the time were obviously unaware of the Youth’s love and devotion for what was to become his career.

During the summer season of ’73 he migrated along with his parents to their homeland, Jamaica, where he lived for six years till he decided to return to England, where he thought he would stand a better chance of succeeding at what he always wanted to be, a singer. Much of his apprenticeship was served in Jamaica while attending school, where he took part in most, if all, the talent contests organised by the school. 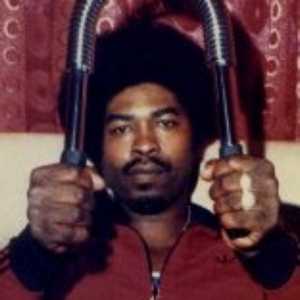 At the final contest on the third and last term of school, three weeks prior to his departure back to England, he left his classmates something to remember when he proved himself to be one of the most promising entrants ever to have entered the competitions by performing new versions of The Heptones’ “How Could I Leave” and Alton Ellis’ “If I Follow My Heart”. On returning to the UK it didn’t take him long to find out for himself that in these times of economic hardship, and in strong competition facing new talents in the music business, it would be useful to take a substitute career, so he attend full time college for electronics, a subsidiary topic which gained little devotion from the youth.

Following the riot which took place in St. Pauls, Bristol, some two years back, the youth got a stronger urge to concentrate on his song writing. As a result of this, Lion Youth decided that he just couldn’t tag onto studying electronics any longer; he just had to find some means and ways of spreading his views on this unfortunate incident via a song. Only months after the riot in St. Pauls in Bristol, Lion Youth went into the studios for the first time to record a simple original song titled “I’ve Got To Go”, which was later issued on the Time label. Unfortunately it failed to create much of an impact on the reggae record public, although it was based on the St. Pauls riot, nevertheless it marked the birth of UK’s answer to Gregory Isaacs. The Time label is a small record company owned by C. Parara, which operated from North West London.

Although Lion’s first solo effort failed to gain him the recognition he truly deserves, a year later he decided by then that he would come heavier in the second round, and so he did, with a classic mellow singalong titled “Chant In A Dance”. Unfortunately things didn’t seem to be going right between Lion Youth and Parara, so they parted company after the Youth had made demo recordings of “Chant In A Dance”. Such a sudden diversion in direction of the Youth’s partnership ideas lies on alleged unfair treatment to the Youth from Parara, who is said to have released the demo recording of “Chant In A Dance” without the Youth’s concern. 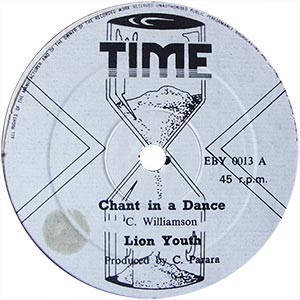 As the old saying goes “Good things come to those who do good”. This makes it quite clear to understand why the first release of “Chant In A Dance” failed to gain large sales. In comparison to the newly released version on the Virgo Stomach label, which is said to be the original cut, the first pressing of “Chant In A Dance” courtesy of Parara’s Time label some eighteen months back, is of much worse production and pressing quality. From the Youth’s point of view, a recording issued with such terrible pressing quality (surprising seeing it came from a C.60 cassette as the master tape) it is not only unfair to record buyers, but it can sometimes damage a singer’s reputation or repertoire somewhere along the line. It’s not surprising that the Youth found this devious act from Parara quite defective to his repertoire, and as you could imagine for yourself, he would have a lot on his mind to reveal.

Courtesy of John Rubie, managing director of Freedom Sounds Records, I got the chance to meet the Youth at his cosy flat in North West London, where I was greeted with warmth and zest from the both. What follows now are the highlights of an edited and laid back conversation with a very laid back and quiet looking Lion cub… 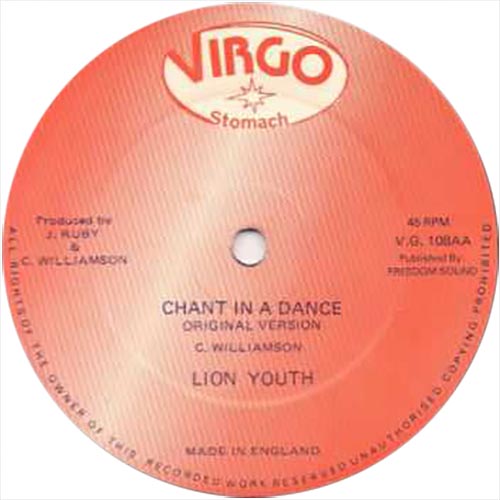 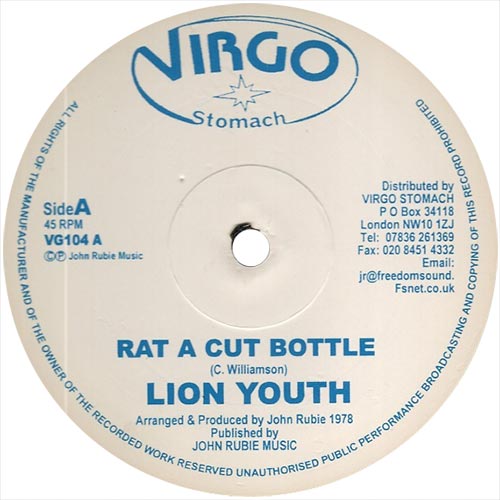 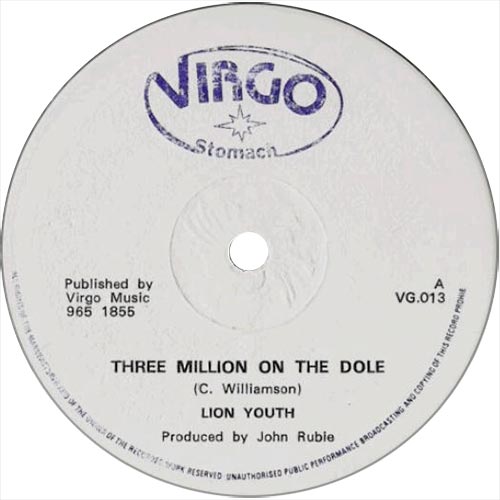 What kind of response do you receive from people who say you sound very much like Gregory Isaacs?
I try to make it clear to one and all that from the time I’ve known myself to be a self-trained singer, I’ve been singing in this tone of voice. I’ve never tried to imitate any singer, and I don’t think it’s right for anyone to try and imitate any singer, even though they may be influenced by a certain singer, when learning to sing. My vocal sound is natural to me, but it just happens that I sound like Gregory Isaacs, and I suppose if I started off in the business before Gregory, people would eventually say Gregory sounds like me, so you see you just can’t please all, that’s why I just continue singing the way I do sing, and as far as sales go it looks like the people love it.

Incidentally, who are your favourite singers, and were you ever influenced by any singers during your early days of your career?
I use to listen to a lot of singers from the days of Rocksteady, because as you imagine, Ska is a little bit before my time. But I’ve never been influenced or tried to sound like any singer in particular; I just love all good singers generally. My favourite singers are John Holt, Dennis Brown, Gregory Isaacs, Mighty Diamonds, Abyssinians and Freddie McGregor. I admire the toasting style of I Roy, and love the way he handles good songs like “Maggie’s Breast” and “Padlock”.

What made you write a song like “Rat A Cut Bottle”, or how did you get in the vibes for writing a social song like that?
I woke up one morning and realised that there was pure frustration around me, for instance everyone was saying how broke and hard-up for cash they were and even I myself was quite skint, if it wasn’t for John Rubie, my producer, I would have never got hold of any money that day. Anyway the vibes were so strong that I sat down and realised that since Thatcher took over, people have been crying of hardships more. As a result of those vibes, I started humming the melody of “Rat A Cut Bottle” and with what happened around me at that moment, it never took me that long to construct that song, but at the same time I had to be sure that I kept the punch line, or catchy chorus standing by far. 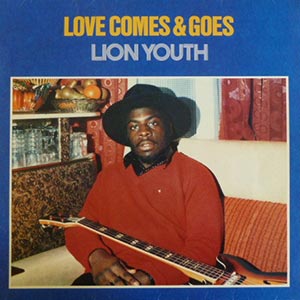 How did you get to meet and team up with John Rubie?
Well I’ve known John for some time now and I’ve always seen him a nice guy. So when we met on business terms early last year, when he had his shop Freedom Sounds on Willesden’s Church Street, after clearing a few points he agreed to work with me on an album and a single. When we teamed up, what gave me full confidence in John is his ways of promoting and handling UK reggae acts. Because as far as John is concerned an album is the most important thing to achieve first with a good hit single. From beginning to end, the points drawn in his conversation showed promise and from that moment he confirmed that he saw my talents and was willing to work on an album my way. Well I knew the vibes would be right. John Rubie is one of the only producers who gives protégés the chance to explore their talents and creativity in the studios, something most producers anywhere are not interested to do if you don’t bring them a hit tune straight away.

How much do you get involved with the local scene like dances and clubs? Do you check those places for vibes?
Yes I always have and will continue to as long as my name is Lion Youth, because it’s the people I’m singing for and about, and who gave me a distinctive name in the first place. And most of all I get my vibes from people around me providing they are humble.

You tend to get a low profile on that stage circuit, why?
When a singer comes forward with a strong tune like ‘Rat A Cut Bottle’, the people expect to see you come strong on the live circuit also, but for the time being I’m not ready yet. The band features on the ‘Love Comes And Goes’ album are the musicians I work with and we’re really got a good thing going. So for the meantime we continue to practice till we are tight enough for gigs, for the meantime lookout out for us in ’82.

(This interview was originally published in Small Axe #12. There were 28 issues of Ray Hurford’s Reggae fanzine released from September 29, 1978 on to September/October 1989.)