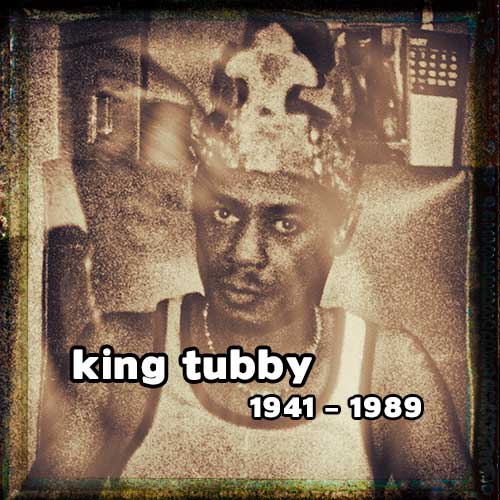 This year it’s 30 years ago King Tubby was brutally murdered.

On the 6th February 1989, King Tubby, aka Osbourne Ruddock, returned home from a night out and was shot dead in cold blood. The senseless slaying of this mild, shy and widely loved man sent the reggae community worldwide into shock. As the news filtered out from Jamaica, communities across the whole world mourned his passing. King Tubby was pivotal in the development of dub music, his efforts are the foundation of several contemporary music styles like dubstep, jungle and drum & bass. Dub music also influenced the development of post-punk, house, ambient, trip hop, hip hop and techno.

King Tubby, real name Osbourne Ruddock, born January 28, 1941 in Kingston, was a radio repairman. At the end of the 1950’s he was called to repair the equipment of a sound system. Apparently he delivered a hell of a job and soon most of his activities consisted of working for sound system operators. In those times the sound system business was ‘rough ‘n tuff’: operators disturbing their rivals’ dances, destroying speakers and smashing equipment, and Tubby, with his skills, was in high demand! In his electrical repair shop, where he fixed radios, television and other electrical stuff, he started building large amplifiers for the local sound systems.

In 1968 he was ready to start his own top of the line sound, Tubby’s Home Town Hi Fi. The high quality sound and his self produced echo and reverb sound effects made him one of the most popular sounds on the island and he was dubbed King Tubby. 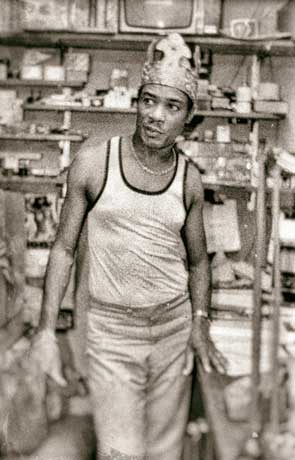 He also began working at Duke Reid’s Treasure Isle Studio as a disc cutter, where he effortlessly experimented with the Treasure Isle backing tracks. There he developed his unique style of mixing, leaving out vocal parts, emphasizing certain instruments, adding echo, reverb and applying fade in and fade out.

In 1971 he opened his studio on 18 Drommily Avenue in the Waterhouse district of Kingston. He obtained a 4 track mixer from Byron Lee’s Dynamic Studio and started working for producers like Lee ‘Scratch’ Perry, Glen Brown, Augustus Pablo and Prince Tony. He became a familiar name amongst the producers on the island. In 1973 he brought in a second 4 track mixer and built a vocal booth where he could record vocals as well. In 1973 Lee ‘Scratch’ Perry released the dub album “Upsetters 14 Dub Black Board Jungle” later known as “Black Board Jungle”. It was the first album with Tubby’s mixes and is regarded as a 100% classic set. “King Tubby Meets The Upsetter At The Grass Roots Of Dub” came in 1974 and really started the flood of dub albums by the hand of King Tubby. Bunny Lee soon followed with “Dub From The Roots”. That year he had his first hit, “Watergate Rock”, the dub to Larry Marshall’s wonderful “I Admire You”. 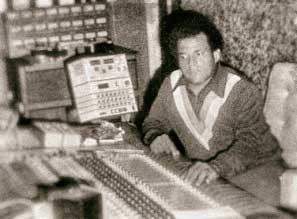 Being one the most sympathetic people in the business he was appreciated by any producer he worked with. With producer Bunny ‘Striker’ Lee he formed a long lasting and prolific partnership. Probably more than 90% of Bunny’s productions, backed by The Aggrovators, of the early/mid 1970s made their way to King Tubby’s for a reworking. Tunes by artists like Johnny Clarke, Ronnie Davis, Delroy Wilson, Jackie Edwards, Linval Thompson, Cornell Campbell, to name but a few, were remixed by the dub master and some of these reworkings became even more popular than the original vocal cut. 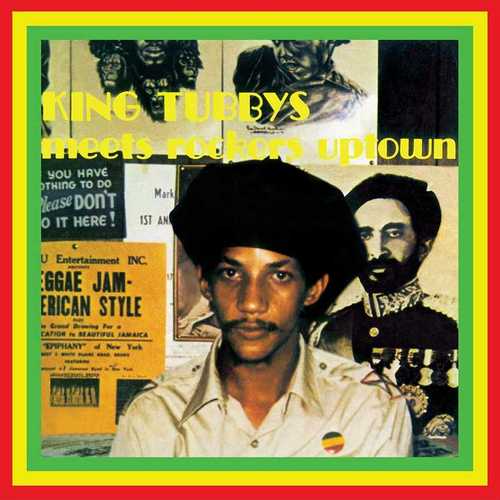 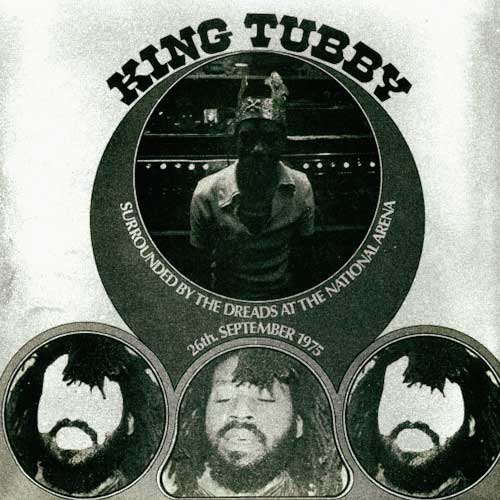 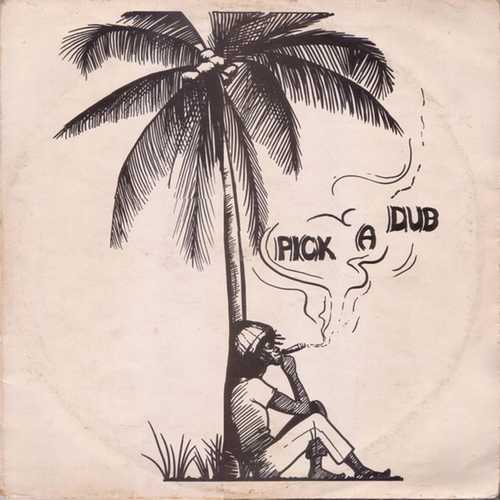 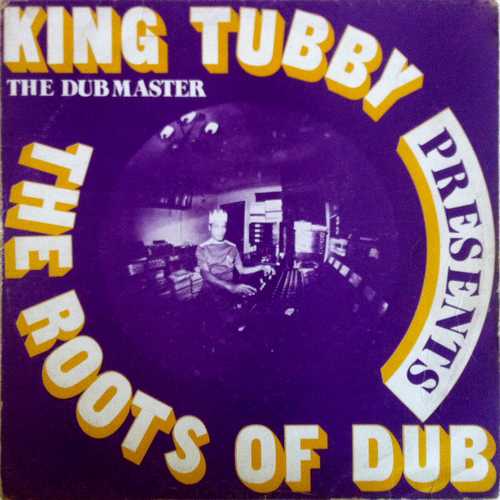 Vivian “Yabby You” was another producer who used Tubby’s dub talents. The 1975 album “Conquering Lion” by The Prophets (Yabby You, Alrick Forbes and Dada Smith) was delivered in a standout mix by Tubby’s. The complete dub version of the album “King Tubby’s Prophecies Of Dub” was released a year later. That same year “Walls Of Jerusalem” hit the streets (the album had no sleeve…) and listed 5 vocal cuts and 5 Tubby’s dub mixes. “Beware Dub” is another crucial set, released in 1978, mixed by Tubby’s and his young apprentice Prince Jammy. 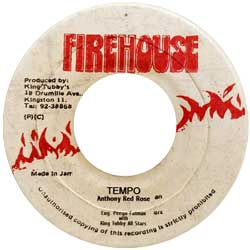 Over the years many albums were released, all of them credited to Tubby’s, but there were always one or more engineers available at his studio, the aforementioned Prince Jammy, Phillip Smart, Pat Kelly, Scientist, Peter Chemist, Peego, Fatman and Professor were responsible for some great records. In the mid 1980s he became more and more involved in producing for his own labels Firehouse, Taurus, Waterhouse and Kingston 11. With Anthony Red Rose’s digital anthem “Tempo” he scored a massive hit in 1985. An album with him and King Kong -“King Tubbys Presents Two Big Bull In A One Pen”- was released a year later.

Certainly worthwhile mentioning is “King Tubbys Presents Soundclash Dubplate Style”. The ten tracker is a truly digital soundclash classic, with strictly killer tunes without hesitation! Tubbys original sleeve notes: “The album is the first of its kind. The purpose is to give those people who don’t attend dances a feel what is happening inside the dance hall…”. On the album the atmosphere of a clash is demonstrated, complete with hilarious intros by soundman Fuzzy Jones. Perhaps his finest effort is Gregory Isaacs’ album “Warning”, that surfaced after the murder of Tubbs. More albums and even more singles followed, but tragedy struck on February 6, 1989 when he was shot dead in cold blood.