Mikey Dread – The Original Dread at the Controls 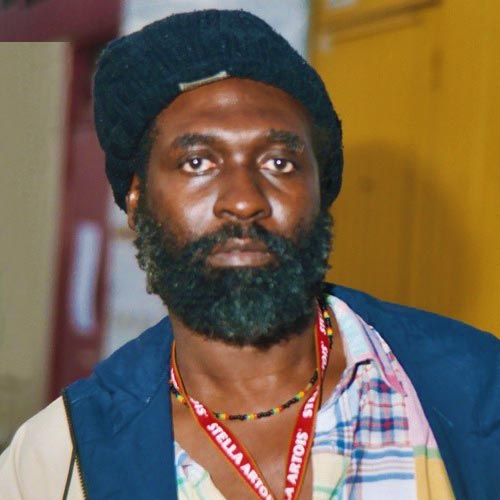 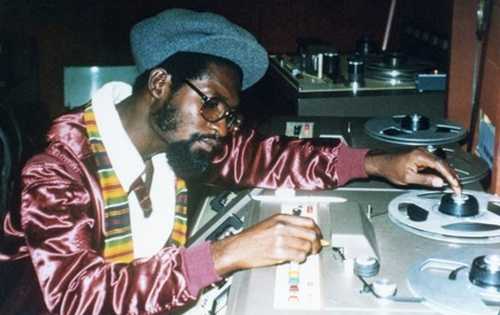 Internationally renown “Dread at the Control”, the legendary reggae pioneer and revolutionary Mikey Dread, trodded into Zion on Saturday, March 15th 2008 at 4:00pm PST. In October 2007, it was announced that the Mighty Lion, Mikey Dread was being treated for a diagnosed brain tumor. Even though he was strongly working towards recovery and didn’t give up his faith in God, he finally lost the fight. He was surrounded by his family in the home of his sister in Connecticut at the time of passing away.

Michael Campbell aka Mikey Dread was born in Port Antonio on the North of Jamaica, a far more peaceful place than the tough, hustling city of Kingston – reggae’s capital, where they would have regarded anyone from the North as a country boy, not to be taken seriously. But Mikey’s first impact on the reggae business was to be a revolutionary one, an impact that meant they had to take him seriously right from the very start. At first Mikey was a radio DJ and audio engineer with the Jamaica Broadcasting Corporation (JBC), the Island’s establishment radio station. He actually began his broadcasting career in 1976 and somehow landed four whole hours of airtime on Saturday nights. Mikey soon firmly established his “Dread at the Controls” radio show as the Number One Radio Show in Jamaica, due to the fact that he was the first to play rough, deep, revolutionary reggae music on Jamaican radio!! As if this wasn’t enough he developed his own unique broadcasting style. His laughing, tangy, bubbling voice was joined by a selection of the wildest jingles ever to hit the airwaves and furthermore he regularly treated his listeners to the wickedest dub plate specials. At last the Jamaican people had a radio show that reflected their music as they knew and loved it. Mikey became a massive hero in Jamaica and was awarded Top Radio Personality of the Year in 1977-1978.

However, despite being a hero to the grass roots audience Mikey Dread resigned from Jamaica Broadcasting Corporation in 1979, thanks to fellow broadcasters being jealous of his success and the conservative, reggae-loathing JBC directorship. Mikey decided to expand his career by getting more involved in the actual production of not only his own music (he had already cut a couple of tunes for Lee Perry, Carlton Patterson and Sonia Pottinger), but also the work of others such as Sugar Minott, Junior Murvin, Earl Sixteen, Wally Bucker, Sunshine, Jah Grundy and Rod Taylor. 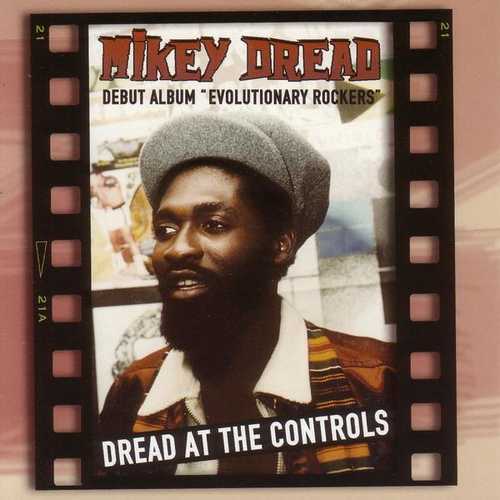 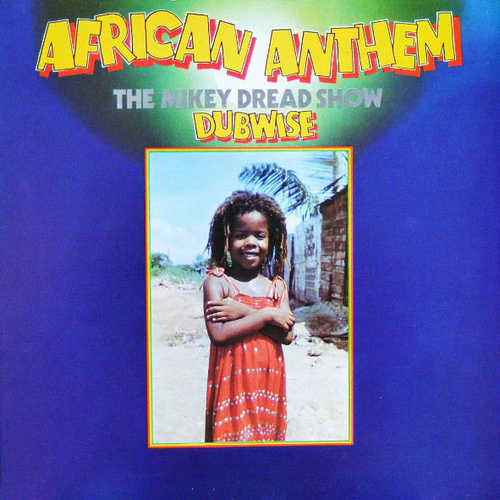 That very same year Mikey Dread started his own DATC label and began releasing records of the aforementioned artists and others, as well as his own popular deejay titles. His first two albums, “Dread At The Controls” and “African Anthem”, gave a wide audience a glimpse of the musical mayhem he had been unleashing on the Jamaican airwaves and were well received all over the world. “DATC” moved from strength to strength, with Mikey’s production, often mixed with the dub master king Tubby, delivering fascinating singles.

His activities attracted the attention of UK’s punk-rock band The Clash, who asked Mikey to work with them. He produced most of the Clash’s massive “Sandinista” album, which sold over 3 million copies worldwide, and toasted on a track called “Bank Robber”. Mikey then studied at the National Broadcasting School in London where he perfected his media production/radio broadcasting skills, graduating with special commendations in 1980. Mikey Dread used his great and refined engineering talents to further reggae music in the UK and the world. His work in the United Kingdom also included narrating reggae documentaries, hosting series such as Rockers Roadshow and the ever-popular Channel 4 documentary series “Deep Roots Music”, thus expressing his believes in a multimedia approach to publicizing reggae. Furthermore Mikey Dread brought Reggae to Netherlands radio with his Friday morning Reggae Show called “Rockers in the Morning” on VPRO in Hilversum in the mid 80s, compliments of a man Mikey still respects for approving it, Dave Van Dyke. Through Dave this became possible and Mikey got a lot of fanmail from all over the region who were really digging the show.

His 1984 released album “Pave the Way” did what the title suggest for Mikey’s career by appealing to a broad audience with catchy numbers like the track “Reggae Hit Shot”, a dance song on the “Hustle” riddim. The album “Happy Family” is another step in the evolution of Mikey upbeat sound. He later recorded “The Source (Of Your Divorce)” for Warner Brothers Records USA, which obtained regularly rotated video airplay on BET as well as on MTV’s hip-hop/rap program. Yo MTV Raps MTV’s Sunsplash Special, which was shot in his native Jamaica, featured Mikey’s video in 1990. Mikey released “Mikey Dread’s Best Sellers” (Rykodisc, 1991), a stunning compilation of Mikey’s best known songs including Barber Saloon (#1 on Jamaican and British reggae charts in 1979), and the classic “Roots and Culture”. Mikey then went on to record “Profile” and “African Anthem Revised” (RAS Records, 1991). He toured in Europe and the USA with Freddie McGregor, Lloyd Parks & We The People Band and also the Roots Radics Band. 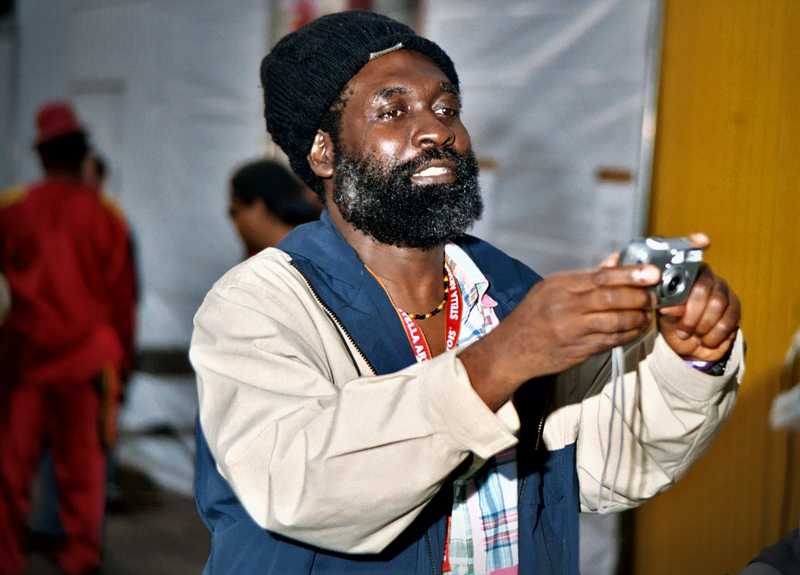 In 1993, the versatile Mikey Dread was involved in several projects, including his tour of the album “Obsession” and working in TV with the Caribbean Satellite Network (CSN) where he was Program Director and On Air personality as well as Producer of various shows. These shows included “Artists Profile”, “New Video Showcase”, “Video Dub Plate”, “Christmas Around The Caribbean”, “Christmas with the Children”, “Celebrity Guest DJ”, and “The Bob Marley Hall of Fame Induction”. Mikey furthered his knowledge of TV/Video Production at the Art Institute of Ft. Lauderdale, where he graduated in 1996 with honors and at Lynn University in Boca Raton / Florida where he earned a Bachelor of Arts Degree in International Communications. Other activities done by Mikey “The Innovator” Dread include working for the Video Jukebox as voice-over talent in several Reggae TV Commercials. The Culture Award of Honor in the Martin’s International Reggae Music Awards in Chicago was presented to him in 1994. He also participated in the Caribbean Music Festival as an Entertainment Consultant in Nassau / Bahamas throughout the 1990’s.

In 1995, he worked as a Radio DJ for WAVS 1170 AM and WAXY-AM 790 in Miami, Florida. In 1996 he participated in the Essential Music Festival as a performer in Brighton, U.K. He worked as a News Photographer for Metro Video shooting daily TV news stories for NBC-6 News station in Miami / Florida and in the summer of 1998 he performed at several European Festivals in Germany, Belgium and Austria. In February 1999 Mikey performed at the 18th Annual Bob Marley Day show in San Diego and also at the Long Beach Arena in California. He continued to tour in the US and Europe in the new millennium, and released brand new material alongside some of his classic recordings on his own DATC imprint. One of the better character traits of Mikey Dread is that he has refused to over saturate the Reggae market by simply not appearing on every Reggae event. This has helped him to maintain his credibility and mystique. Mikey Dread´s last recording was “African Map”, recorded by Trevor Elliott of Musical Ambassador Records.