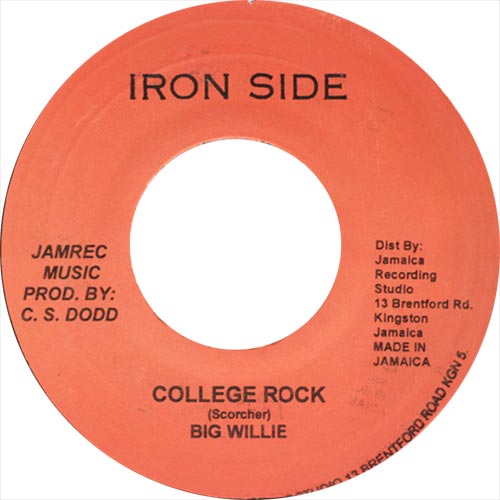 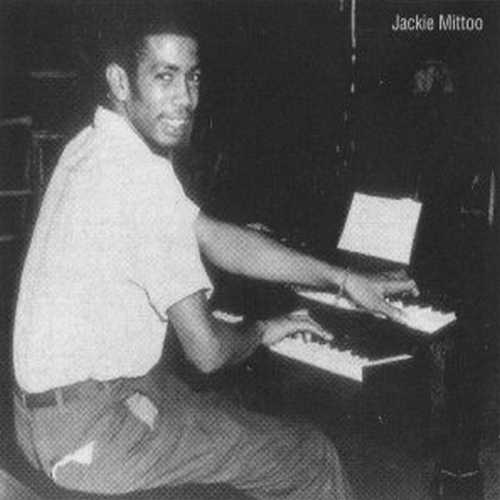 This riddim is based on Eddie Floyd’s Stax soul hit “I’ve Never Found A Girl”. The first Jamaican recording was made at Studio One, and was probably a cover version of “I’ve Never Found A Girl”; but if a vocal cover version was made, it does not seem to have been issued. The first issued cut appears to be “College Rock” (of which the date of issue remains unknown), a great instrumental featuring the melodica of Big Willie, whose only recording under his own name this would seem to be. Actually Big Willie’s ID remains a matter of conjecture.

This was followed by Jackie Mittoo’s “Freak Out”, Prince Jazzbo’s great “School”, Cedric Brooks’s beautiful “Smiley” and Jennifer Lara’s “Ain’t No Love” – this being a cover of Eddie Floyd’s “I’ve Never Found A Girl”. There are several cover versions of “I’ve Never Found A Girl” on other riddims, all of which are retitled “Ain’t No Love”. The earliest released cut seems to be one by the Upsetters, which uses an original Lee Perry riddim and appears on the Pama LP “The Best Of Lee Perry And The Upsetters”. Other recordings include those by Leroy Sibbles and Ken Boothe, which both used the “Fattie Fattie” riddim.

Outside of Studio One there have been a number of great recordings of the “College Rock” riddim, and one of the greatest is the Mighty Diamonds’ “Natural Natty” from their classic Jo Jo Hookim produced “Right Time” album. Another beautiful Channel One cut is the Revolutionaries’s horns instru-dub, “Ishens Dub”. Other notable versions include the Prince Jazzbo cuts “Mr Funny” and “Church Is A Rome”, Cornell Campbell’s “I’ll Mash You Down”, Sugar Minott’s “Inna The Residence”, Larry Marshall’s “Happiness” and Frankie Paul’s great repatriation song, “Zion Train”. 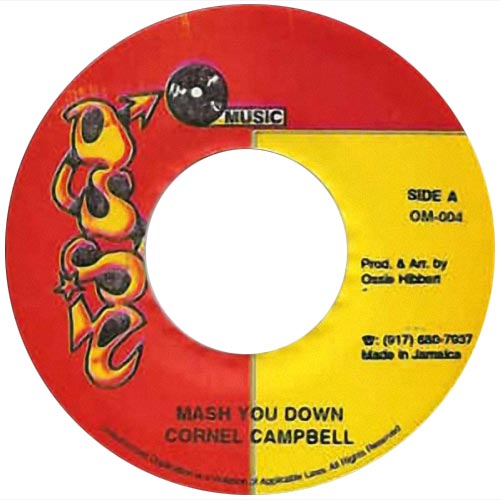 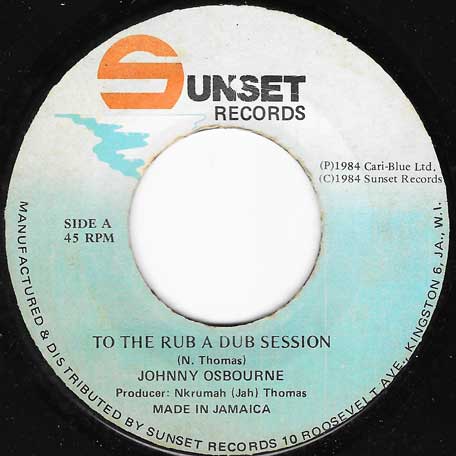 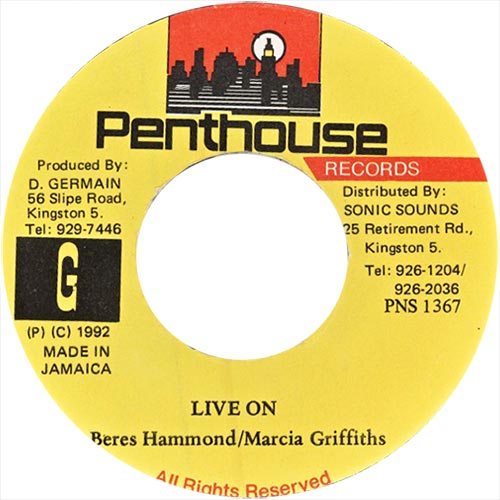