Shaking Up Orange Street aka Pressure And Slide Riddim 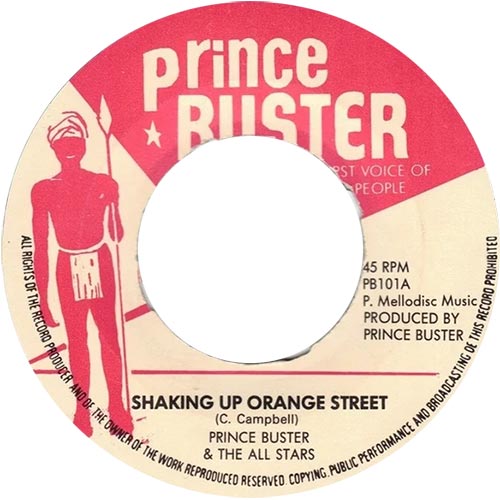 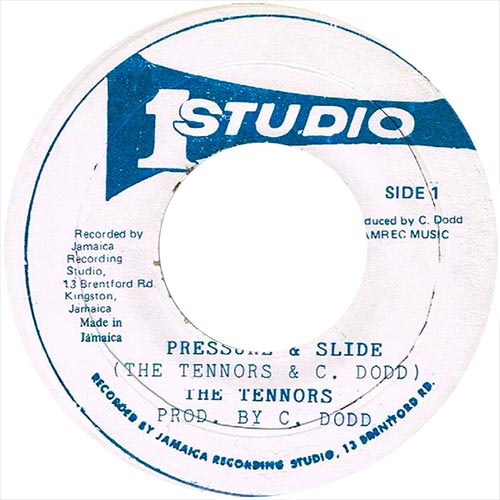 “Shaking Up Orange Street” seems to have been Prince Buster’s riposte to the Soul Vendors’ “Whipping The Prince”, but even though Prince Buster and Coxsone Dodd were publicly engaged in this war of words they were privately good friends.

Both producers had record shops on Orange Street at this time, and their public rivalry did their sales no harm at all. Buster issued at least three other cuts to the riddim including two instrumentals and a DJ version by Jah Fender. Coxsone replied by appropriating the riddim for the Tennors’ “Pressure And Slide”, a lovely Rocksteady tune with transparently ambiguous lyrics. Some years later Mr Dodd recorded a cover version by Hubert Lee, and for this recording the riddim was slowed down, the bass enhanced and the guitar almost completely removed.

The riddim was slowed down even more for Sugar Minott’s “Oh Mr DC”, which was mixed by Scientist during his brief stay at Studio One. Sugar’s excellent performance and song made this one of his first big hits, but as with many of the songs on his “Showcase” album it is worth hearing the 7″ version because the mix is stronger and the syn drums are omitted.

In the ’80s there were several further excellent cuts from Studio One including a deejay version from Jim Brown, “The Pressure”, a horns version by Reuben Alexander, “Pressure Rock”, which was erroneously issued as a song by the Gladiators, and Hugh Griffiths “Can I Have This Dance”.

These last three versions were issued in response to the popularity the riddim gained after Willie Lindo released his production of “What One Dance Can Do” by Beres Hammond. The song was a big success, and prompted Germain to cut the riddim in the same style and issued two answer versions; Audrey Hall’s “One Dance Won’t Do” and Owen Gray “I’m Standing In His Way”. The popularity of these records encouraged Germain to issue a whole album on the riddim, “What One Riddim Can Do”. However, one of the most rewarding adaptations of the riddim from this period is one that quietly appeared on a various artist compilation, Willi Williams’ “In South Africa” from the Wackies produced “Free South Africa” album. This track features an excellent vocal and a lovely horns arrangement. 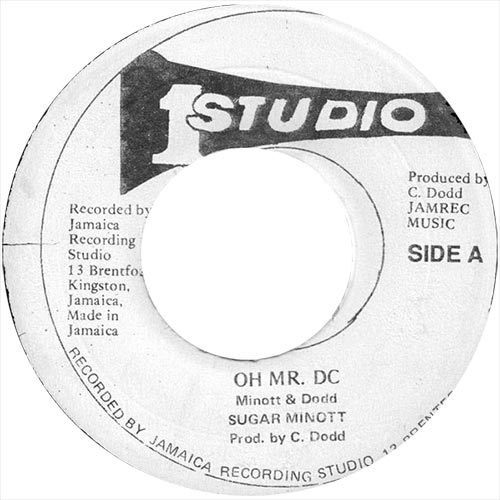 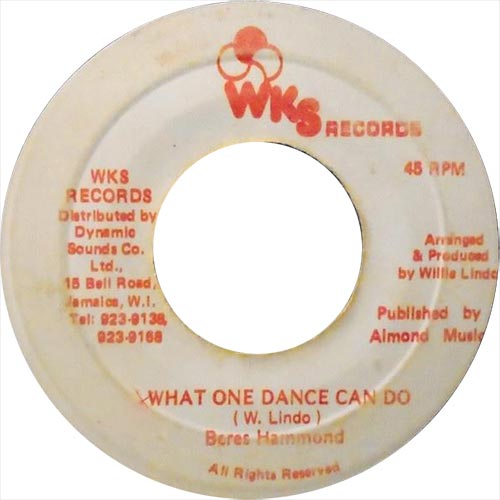 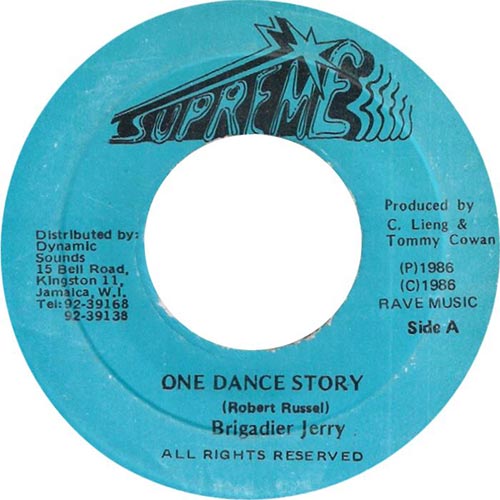