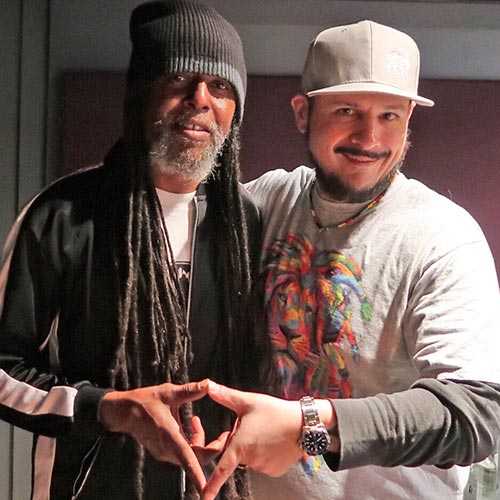 Due in part to my friendship with legendary sound engineer Scientist I’ve been blessed to meet and interview some of the most famous names in reggae, legends like Sly Dunbar and Tony Chin. Sometimes, however, I’ve been just as fortunate to be exposed to artists that aren’t as well-known but are brimming with talent and have a history in the music that runs deep – artists like General Jah Mikey.

A versatile and conscious vocalist with an effortless flow, General Jah Mikey recorded his first song as a professional at the tender age of 17 in 1985. Since migrating to the United States a year later, he’s carved out a successful career and continues to produce quality music. Although studio time is precious, on May 15 I was able to interview General Jah Mikey for about twenty minutes during a break in his work at Grammy Award-winning Studio City Sound with Scientist. What follows is a transcript of that conversation modified only slightly for clarity and space considerations, as well as a few photos and video clips showcasing General Jah Mikey’s undeniable charisma and prodigious skills.

You grew up in Kingston, [Jamaica], is that true?
Yeah.

Now as you may know I’ve been interviewing Scientist, [so] I’ve been trying to find out more about King Tubby’s studio. What kind of a man was King Tubby?
King Tubby [was] cool man, but him no talk much. No sir. He’d say, “You can’t smoke no weed in my place. We good?”

What are some of the most important lessons or things you could say you picked up from being at Tubby’s studio, or around Tubby himself?
[He was] a principled man. Him always keep clean. Him no bullsh*t with people. Him no take bullsh*t. [He’d be] [s]erious with you, man. 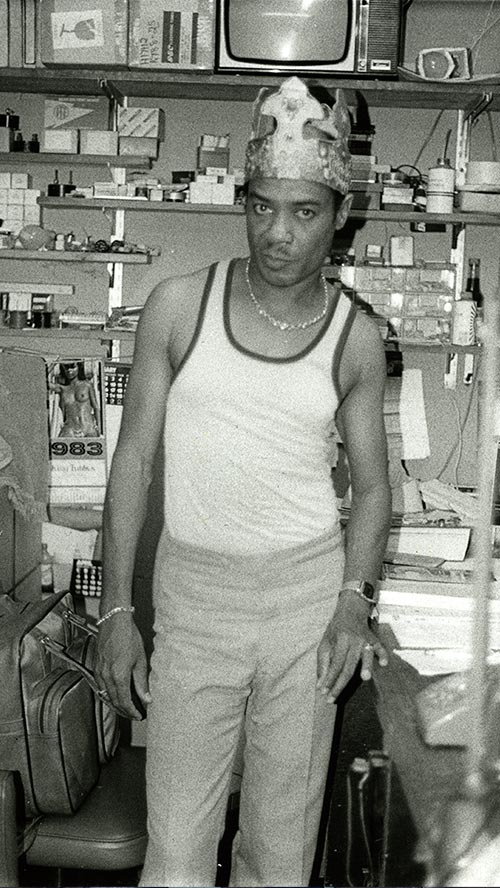 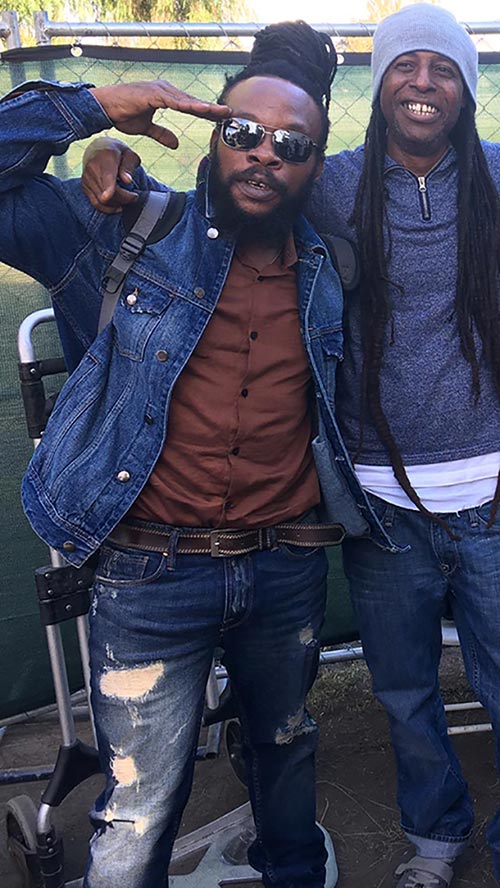 When you were 17 that’s when you [did] your first [professional] recording with Mozziyah Records, right?
Yeah.

That’s a pretty cool tune – I was [just] listening to it.
Give thanks!

Did you settle in California?
No, I was in New York City first. In the Bronx. I was in the Bronx doing my record store, putting out records. Still working with Jammy and those guys, you know? Shelly from World Enterprise. And Chris [Chin] from VP [Records]. I was pressing and selling my own records. ‘Cause I came and I learned the business, too. With my friend named “Hammer.” I have a friend named “Hammer.” Hammer Records from the Bronx. He was producing Sugar Minott too at the time. And Tony Tuff. Yeah man.

Let me step back for a second and ask, were you parents involved in music at all?
No. It’s so surprising. None of them was in music, but they just loved music. They’d buy music. And I used to see them with music around the house.

So this was [during] your early school days in Jamaica? In Clarendon?
Yes, I went to Clarendon College for three years. I didn’t finish school.

Who was raising you, was it your dad and mom?
Yeah, my dad and mom. [And] [m]y uncles and my aunts.

What did your parents do?
My mom was a nurse [at] Black River Hospital. And my dad used to work for JPS, the “Jamaica Public Service.” He’s an electrical engineer.

Are they still in Jamaica?
My dad passed away, sadly. Maybe two years ago.

Sorry to hear that.
My mom is still in New York City.

Before you [migrated] to the U.S., when you first started out on the dancehall scene [in Jamaica,] you sang on a lot of the early sound systems, right? Killamanjaro, Jammy’s Hi-Fi –
– Jack Ruby’s, King Jammy’s, Killamanjaro, Black Zodiac, Class One Disco, African Symbol, Ghetto International. All of di big sounds dem from Jamaica. Virgo International. Gemini. All of dem big sounds, you know? Mi used to DJ ‘pon dem as a likkle youth. But my permanent sound was Black Zodiac Hi-Fi. That was the sound that me, Ty, and Likkle John grew up with. 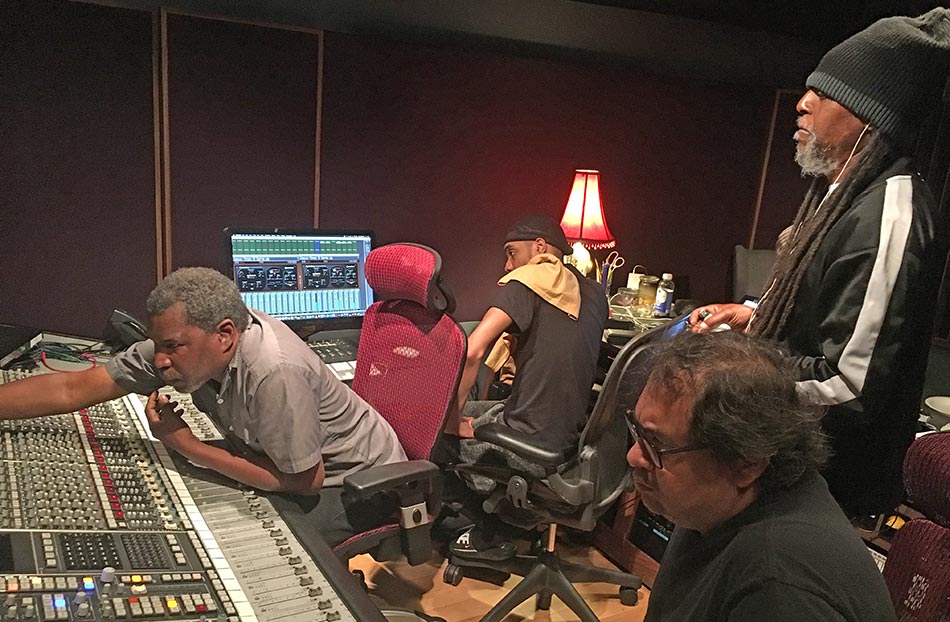 Cool! Now the first label to sign you as I [mentioned] was Mozziyah Records. But you’ve been recorded and have had many, many singles – folks can look on the internet and find a lot of music you’ve been involved in. [There are many] [s]ingles that you’ve done, [and] you’ve also been featured on many collaborations with other artists.
Yes I.

[And] I know you have at least two full-length studio albums. One is “Original Yard Food” that came out in 2013; you had veteran musicians on that like Earl “Chinna” Smith, Dean Fraser, Nambo. [There] was a very good review that came out when [that album] was released by journalist Erik Magni. He [wrote that] you sounded like a “whiskey-voiced Sugar Minott.”
(Laughing) A whiskey-voiced Sugar Minott, yeah.

(Laughing) Which I thought was a great description.
Sugar Minott was always like my idol. I would love to sing like Sugar Minott. And Dennis Brown.

Did you get a chance to meet either?
Yeah, yeah. Those were my friends. Bob Marley [was] mi friend.

Did you watch as the Wailers rehearsed?
Mi never watch them rehearse, but I’d see them every now and then [when] we’d pass [each other].

Is there something about Bob Marley from when you used to see him [when you were growing up in St. Ann’s] that will always stick in your head?
Before Stephen [Marley] and all of dem kids come about, we used to go up to see [Bob]. And there used to be a lot of “bad men” around Bob, you know? They’d like protect Bob from enemies. And they [were] tough, man! You can’t pass di gate, you know (laughing) –

Rastas? Nyabinghi men?
Yeah man. But like big dreads dem. We used to go up there and see dem men there. We’d drive all the way from St. Ann’s Bay. At that time we lived at Runaway Bay, you know? Mount Pleasant. Me, Raymond Topping who is a part of the Mozziyah label, [also known as] Iqulah and Jah Builder; we used to drive up there. And we’d go check Bob. Dem a burn dem chalice. [And] we’d smoke [the] chalice with them.

After [your] album “Original Yard Food” came out you followed that up the next year with another release in 2014, “Jah Mission Is Timeless,” right?
Jah’s Mission Is Timeless, right. [With] [m]i bredren [producer, engineer, instrumentalist] Tooney Roots from France.

When [that album] came out [journalist] Erik Magni [wrote that album] is another “delicious treat” to add to “Original Yard Food.”
That guy – I love that guy, man. (Laughing) Always gives me good reviews. That man never hate ‘pon mi music. That man always just listens to the lyrical content. Because ‘nuff people no really give the time of day fi really listen to music, you know. They no have no time for that. Because so much music comes out of Jamaica every day, you know?

For sure. Now this may be a silly question, but do folks [ever] confuse you with Mikey General?
(Laughing) Yeah man. Mikey [General] gets all my royalty checks.

(Laughing) Really? You’re not kidding.
Yeah but me and him, we talk, you know? Because they confuse both of us. But the thing is now, Mikey, he grew up around the corner from where I used to live. And he’d always remember me as a DJ from there.

How did you [decide] to take the stage name “General Jah Mikey?”
Okay, first it was “Jah Mikey.”

Your legal name is Michael Mitchell?
Yeah. So it was hereditary, because I’m “Mike” and “microphone”; dem go together.

Right.
I just love that microphone, man. I used to just do this damn thing for free. 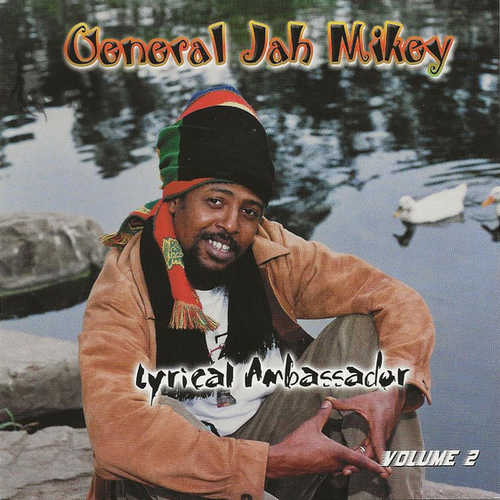 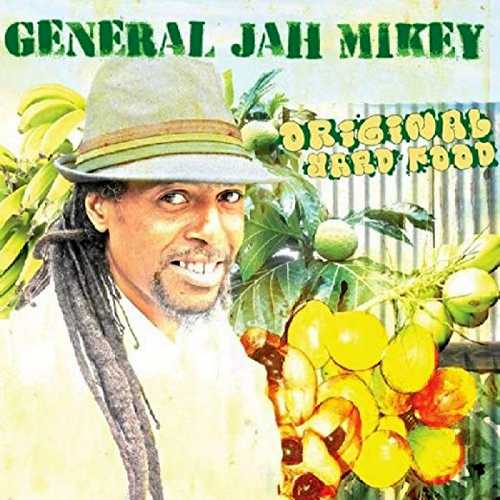 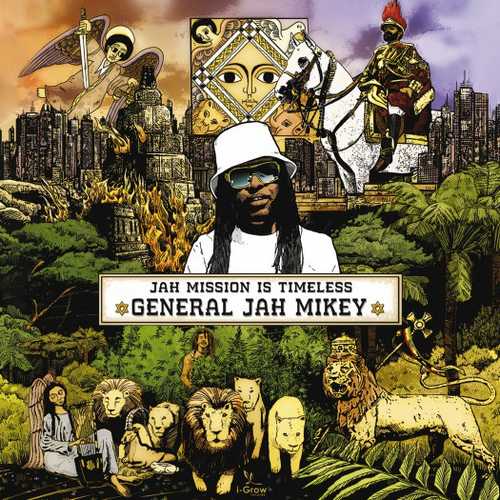 If someone heard you sing for the first time and liked what they heard, and wanted to explore your music some more, where should they start?
You can start on YouTube. But to get into my music, they should listen to Lyrical Ambassador, Volume One. Because mi have some songs ‘pon it they[‘ve] [probably] never explore[d]. And that was the “young me.” Also my jungle music and dubstep [work].

Any particular tunes?
A whole lot of releases but [one is] “Babylon System.”

On your Facebook page it says you once had a collaboration with Dr. Dre. What did you do with Dr. Dre?
Him no do nothing with it. Dr. Dre brought me to the studio and they didn’t even pay me.

So Dr. Dre had a project and brought you to the studio?
Yeah. I was in Humboldt County doing some mixing. And mi get a text. And it was DJ Jinx. That’s Dr. Dre’s cousin. He used to mix for Xzibit. He mixed for Kurupt and all of them. He’s a DJ. He’s a DJ that plays with them all over on tours. So that’s my friend. And a producer-friend of mine let me meet him. And I went to his house in Hollywood. And we [did] some recordings, too. He has me on his mixtape and stuff like that.

So they were digging you?
Yeah, yeah. So they wanted a vocalist at the studio. So they called me to come. They had a reggae beat and they wanted me to spit on the reggae beat. But they wrote the lyric they wanted me to spit on the reggae beat. Still my format. Because they don’t know how to format that. So it’s still gonna be all me. I did it now and [then] they sent for the artist named “Truth.” A lady named “Truth” [Hurts]. I don’t know if you know that artist? But she was on Dre’s label from way back. She was on Death Row.

Death Row Records?
A: Yeah. And she came to the studio and she was making a bunch of errors, you know, in the booth. And I was taping to let her hear. To guide her. Because she got to liking my spirit. We was sitting and drinking and having a nice likkle chat, and she get to like me. And she [said], “I’m a true musician.” And [all of a sudden] they took away my tape and phone. And erase all my stuff in the phone.

What!?
So I was pissed off and I left. And I didn’t see dem guys any more.

Wow. During all of that did you have any interactions with Dr. Dre himself, or just his cousin?
Yeah me and Dr. Dre sit down and hold a vibe. And [we] drank a big bottle of Patron together. During the studio session. We reasoned and reasoned. So after that now when mi come back out of the [sound] booth [with Truth], and sit in the studio, they heard my phone and said: “Yo, the dread taped di thing, you know?” So they said, “Dread, let me see your phone. I heard some recording on [your] phone and I don’t want my sh*t to end up on YouTube.” Something like that him say.