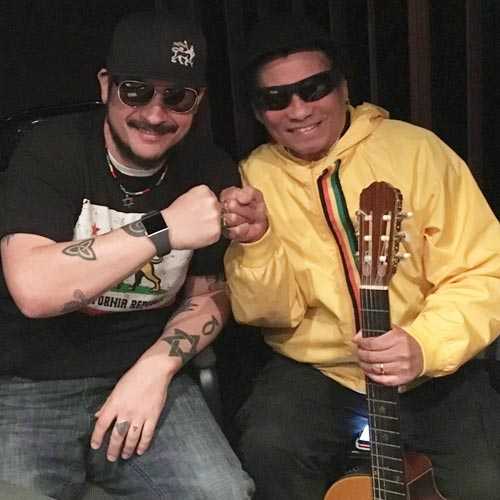 At the end of Part 1 of my interview of legendary guitar player Tony Chin, Tony recounted several never before published stories about his friendship and collaboration with Bob Marley. In this second segment of the interview, we pick up where we left off, with what Tony calls more “Tuff Gong business.” Next, there’s extended discussion about the “Flyers” rhythm guitar style – a defining sound of roots reggae. Part 2 closes with a recitation of several very important but undiscussed topics, setting up a to-be-continued Part 3 of this interview. Enjoy!

Now Tony, I know there’s one or two things you said you wanted to clarify or correct from our first meeting, true?
Yes. When [I told you about how] Bob used to pick me up on Spanish Town Road to go to Johnny Nash’s house, in the Red Hills area, it was not before Jamaican Independence. Jamaican independence [was achieved] in 1962; I was not even playing music [then]. When Bob [used to] picked me up [in his car] it was in the 1970s – I don’t remember the year exactly. Also I wanted to mention that Cleon Douglas played guitar, too, on [the historic hit songs] “Sun Is Shining” and “Mr. Brown”; I played lead [guitar], and Cleon played rhythm [guitar].

Now, [Tony, I was curious about how] a lot of musicians would have these shows [like the benefit Soul Syndicate once did] with the comedy act in Jamaica known as “Bim and Bam.” They’d pair comedy and reggae?
Well what happened, in this time [Bam] was old, and he kinda needed money. And we didn’t put the benefit on. Somebody put the benefit on. But we were the band backing up the artists. Bob Marley was one of the artists. It wasn’t just Bob. It was the Wailers. Cause a lot of people think that The Wailers is a band. The Wailers was a group. Bob, Bunny, and Peter. And originally, you know, the Wailers was five people – Beverley Kelso, Junior Braithwaite, [Bob, Bunny, and Peter] – until them cut down to three. And then, until dem cut down to one: Bob Marley and the I-Threes. You see? So we were doing a benefit [with] Bob. And this was the first time I a-play on this show at King’s Theatre. I saw Ziggy Marley. Didn’t know who he was. These two kids came out onstage, Ziggy and Stephen, dancing while Bob a-singing. I say, “Santa, who dem kids [there]?” He say: “Dem Bob’s sons, you know.” Ziggy might have been eleven or twelve. I forget how much older Ziggy is, but Stephen was maybe about nine or ten or whatever. 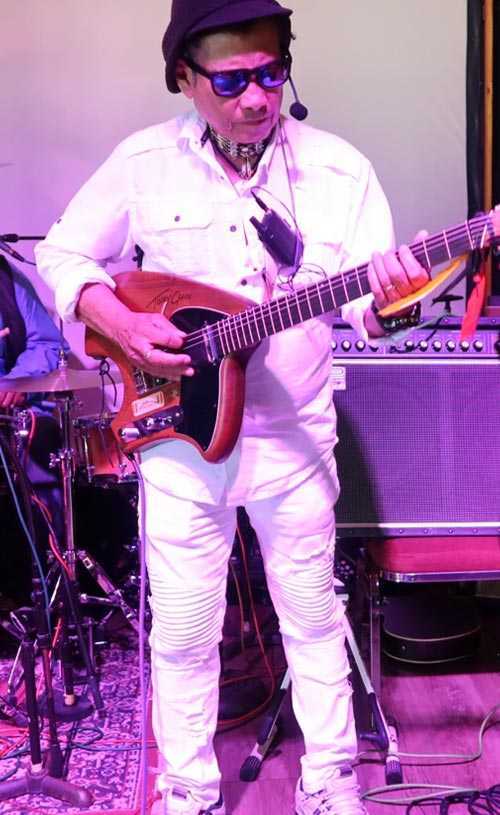 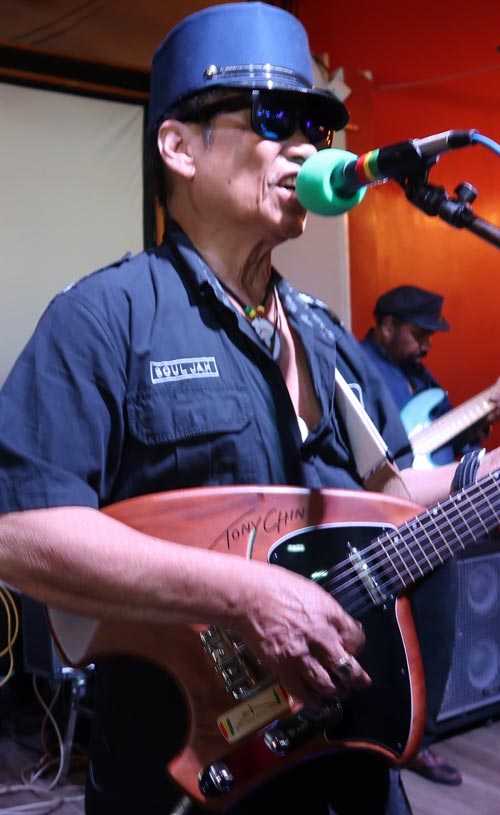 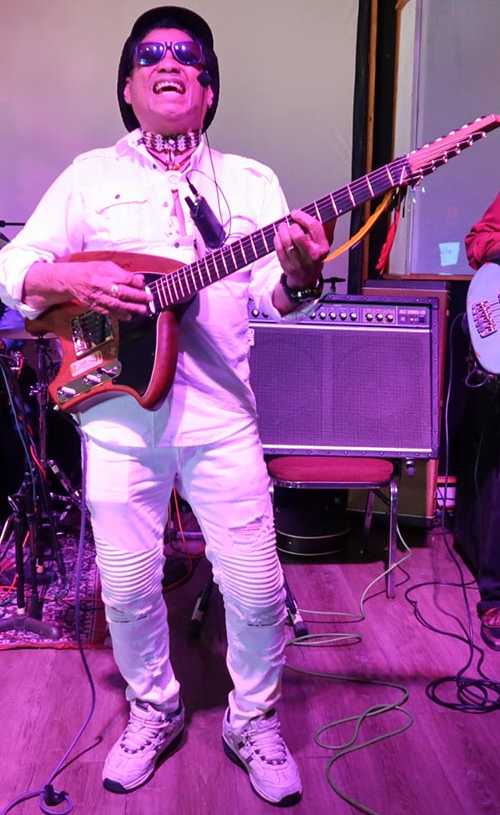 Now I’m sure I’m missing a few tracks, but my research show[s] that your guitar can be heard on the following Bob Marley classics: “Sun Is Shining” –
Yeah.

But it is not the actual one that was released, okay. “Dreamland?”
[Soul] Syndicate didn’t play on “Dreamland.” I’m the only guitarist that played on that. It was Family Man [on bass], Carly, Glenn Adams, and I’m playing lead guitar on “Dreamland.”

And what about “Small Axe?”
Now truly [there] are two “Small Axes.” You have the original, and then the one you hear. I bet you’ve never hear[d] the original?

I don’t know. I’m not sure. Probably not.
(Laughing) You never hear the original? I’m playing the lead guitar on it. Peter Tosh is playing a “wa-wa guitar.” And Reggie’s playing the rhythm. It’s named, “More Axe.” 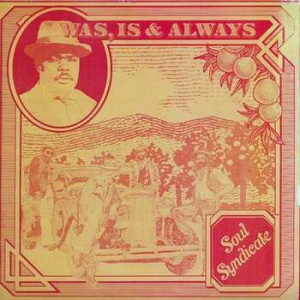 Oh, wait, I have heard that! That’s awesome! Wow!
I play lead guitar on that one.

Now [there’s one] last thing I want to ask about Bob Marley today: What is your most enduring memory of Bob Marley that we haven’t [yet] discussed – a time you shared together that you’ll always remember?
You know, the funny thing is, there’s not a lot of memories, [because] I wasn’t around Bob a lot of times. There were a few times. The longest time I spent with Bob was when he came and picked me up and took me to Johnny Nash’s house. And then, that last time that I saw him in Paris. (See Part 1 of this interview for extended discussion of those memories.) I [also] remember, around 1978, I was at Tuff Gong Studios with Soul Syndicate mixing [our] album, “Was, Is, and Always.” We were mixing it in the studio. And my first wife and I were in Jamaica, and she rent[ed] a car. I can’t drive, you know? And it was a stick-shift car. And I remember, that night, she was asleep, and I sneaked out and took the car. With a friend of mine named Triston Palma. And I drove up to Tuff Gong Studios. Because Syndicate was up there mixing the album. So, at Tuff Gong, there’s an iron gate. And a security guard [would] sit there. Anybody [who would] come, he’d have to let them in. So you know, I pull up with the car, but the car was rolling back. And I press on the gas, and it’s still rolling back. And I press hard, and hit the gate. Bended the gate.

You crashed the gate at Tuff Gong!?
(Laughing) I crashed the gate, yeah. [There] was such a big noise, the engineer in the studio heard it. And I was trembling. I couldn’t drive. [The security guard had to help me] drive the car in. Now, hear this story: That same night, Friday night, Jacob Miller, the singer for Inner Circle, [was] there. He was playing soccer. And he came and said, “Tony, Fully, do you have a space in [Soul] Syndicate for [me]? I said, “Jacob, what are you talking about? You sing with Inner Circle. Why do you want to come ask if we have a space in Soul Syndicate?” And him laugh. That Sunday, I was in my bed and I heard the news that Jacob Miller had just died in a car accident. That following Sunday, he died driving a car in an accident. The last time I saw Jacob was at Tuff Gong that Friday, and he died on the Sunday.

What do you make of that?
It made me nervous. I didn’t want to drive no more. Because I get scared of driving. [And] I can’t drive stick-shift. And that is [another] story about Tuff Gong business, and Bob.

Tony, there was a very nice write-up about you in Irie Mag in December of 2015. It included that nice quote from [Roger] Steffens I read [in Part 1 of the interview]. And in that article it says: “Tony Chin was prominent in creating the sound that defined roots reggae” including the “Flyers” rhythm guitar style that can be heard on “classic songs such as Dennis Brown’s “Cassandra” and “Westbound Train,” as well as [on] Johnny Clarke’s “Move Out Of Babylon.”
Yes. 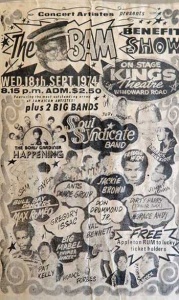 But relatedly, I want to ask you about an October 2018 guest post on the website rootfire.net; it’s [written] by musician Ryan Thaxter of “Dubbest.” Basically [the post] is a very detailed and interesting [discussion of] the history of Dennis Brown’s “Deep Down” album, released in 1976, when Dennis was still a teenager. Soul Syndicate, yourself included [of course], played on that album.
Yeah.

Anyhow, Thaxter wrote that this “Flyers” or “Flying Cymbals” was first a drumming style where, for example, [Soul Syndicate drummer] Santa [Davis] would “open and close[] the high-hats repeatedly, creating this hypnotic hissing groove.” Then he goes on to write that the “Flyers Style” was made popular in reggae with Johnny Clarke’s [song] “None Shall Escape the Judgement,” which you also played on with Soul Syndicate. Thaxter writes: “Many people credit Soul Syndicate with the invention of the Flyers style, but drummer Santa Davis has said otherwise. Although Tony Chin probably did create the long guitar skank that matches right up with the drums, there are earlier examples of this flying high-hat rhythm in ska and even in disco before Soul Syndicate seamlessly worked it into reggae.” Do you agree with this assessment?
Yes, I agree with that. [However,] I didn’t play on “None Shall Escape the Judgment.” But that’s where the “Flyers” thing started. That “shh-shh” sound, when Santa did that, his mind didn’t intend to do a “Flyers.” The thing is, Bunny Lee named it “Flyers.”

Later I want to take a video of you playing the “Flyers” style. But can you in words, in very basic terms for someone like myself who is not very musically knowledgeable, could you explain what it is you are doing with your guitar when you’re playing the “Flyers” style? What is it that you’re doing with your hands?
I’m playing on the octaves. Like [Dennis Brown’s hit] “Cassandra,” I played on the octave of the D-minor. And I play it up and down, like I’m playing ska. One of the first “Flyers” [style] guitar that I played is similar to a soca. Like a Trinidad soca thing. I [played on] this song [called] “Soldering.” That is a “Flyers” [style song]. But if you listen to it, it sounds like a Calypso kind of thing.

Now I want to point out that I haven’t even asked you any questions yet about the undisputed “Crown Prince of Reggae,” Dennis Brown, despite the fact Soul Syndicate played on most of the tracks Dennis Brown cut for Niney the Observer.
Yes. 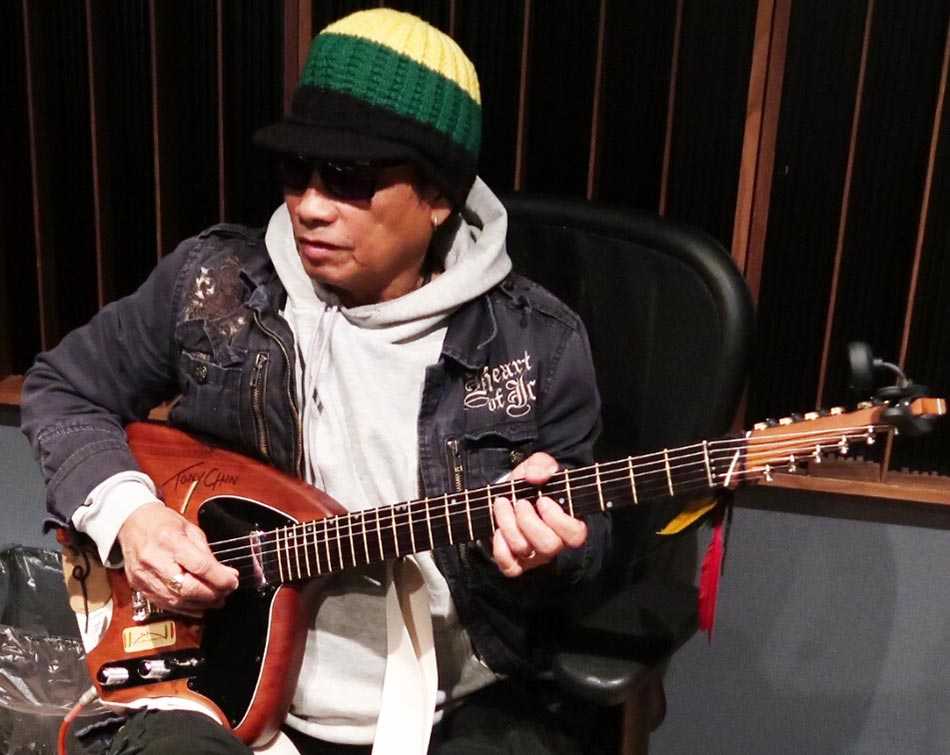 And we haven’t talked about your work with the one and only Burning Spear on his historic “Man in the Hills” album.
(Nodding) Uh-huh.

We haven’t [even] discussed your four solo albums – which are [all] very awesome. And, we didn’t [get a chance yet to] talk about any of your work with California-based reggae band, Big Mountain.
Yeah.

And, in particular, how you helped Big Mountain redo Peter Frampton’s song “Baby I Love Your Way,” turning it into an international chart-topper.
Yeah!

Not discussed [yet] is the film “Word, Sound and Power,” the hour-long [1980] documentary about Soul Syndicate, a must-watch for any reggae fan. I’m simply enumerating all of these things Tony, because you have to perform today, soon in fact, and so our time is limited. Can you nevertheless agree, if it’s feasible with your [performing] schedule, to sit down again with me soon, for a [continuation] of this interview – so we can fill in some of these massive, missing subjects [of interest to reggae fans]?
Yeah man! We can do that.

Tony, again, thank you so much. Already I’m looking forward to our next reasoning!

Please check back in a few months for Part III of this interview.