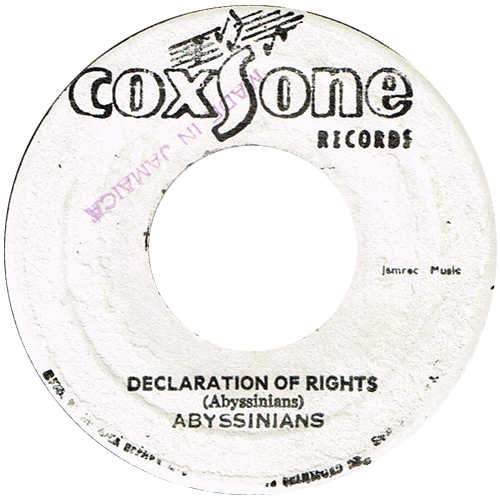 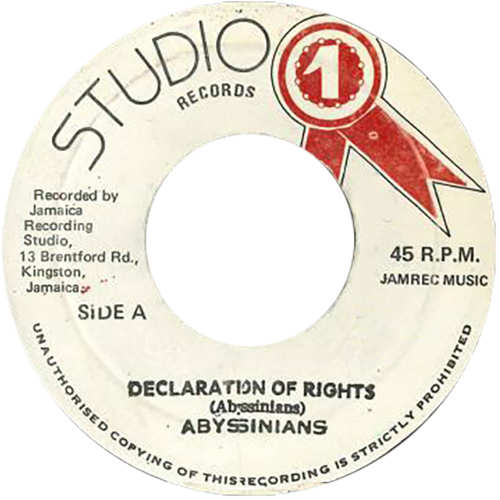 Even though the Rasta lyrics tradition of Jamaican music was started in the early ’60s, for many the real starting point of the re-direction of Reggae music began with the release of the two singles in the late ’60s, by the Abyssinians – “Satta Massa Gana” and “Declaration Of Rights”.

Like DJ music (which also took off at the same time with U Roy) the Rasta movement in Reggae music had up to that time always lacked a focus – yes great singles were made, just like with the DJ scene, but they were never considered to be anything different or special. These two singles by the Abyssinians were. It had a lot to do with it was timing. Just like the saying in Jamaica “Nothing never happens before its time.”

Lyrically “Declaration Of Rights” is simply one of the best reality songs ever recorded in Jamaica – this combined to the very relaxed and calm vocals of Bernard Collins, Donald & Linford Manning made it an instant classic. They were singing basic truths, but what helped the tune to its message was a tremendous riddim. The bass work especially was very interesting. In it you could hear the sort of lines that would be popular some 4 to 5 years from then.

When more DJ’s finally got into the studios around 1970, “Declaration Of Rights” was a popular riddim. Coxsone Dodd used it twice, recording the little known Sir Harry on “Musical Rights” and the more popular Big Joe with his “Rights Of Version”. Cedric ‘Im’ Brooks also gave us a horns version of the tune called “Father Forgive”, also of course for Coxsone.

By the mid ’70s interest in the message of Rastafari was at its peak with regards to Reggae music. The effect of this was, that groups like the Abyssinians became very popular in the UK and Europe, but had very little material available. This problem was solved with the release on 2nd Tracs (part of the Sound Tracs company which at the time looked set to take over the Reggae business) of the ‘Forward On To Zion’ set, which featured a beautiful recut of ‘Declaration Of Rights’. The LP produced by Clive Hunt, which is a great work, contained a cut of ‘Satta’ as well.

Many cuts of ‘Declaration’ have of course appeared over the years – nearly all of them have merit. Yet truly only ‘Judgement Time’ from Junior Ross and The Spear has the same kind of feeling as the original. And it’s this feeling that makes it very special. Their song is more spiritual than the Abyssinians, but is still dealing with right and wrong. Tapper Zukie, who produced the tune, also recorded an album with the group, which sadly he never released at the time because he felt that no one was interested in this style of music. 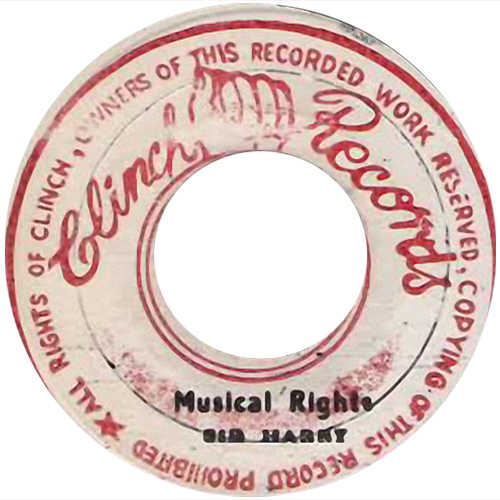 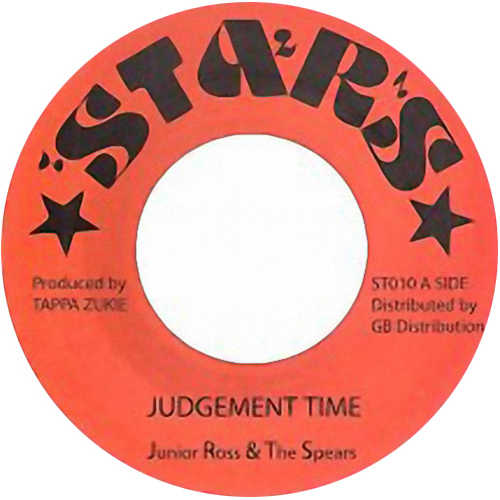 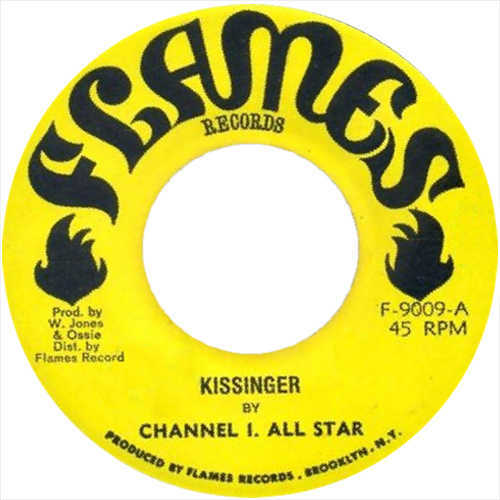