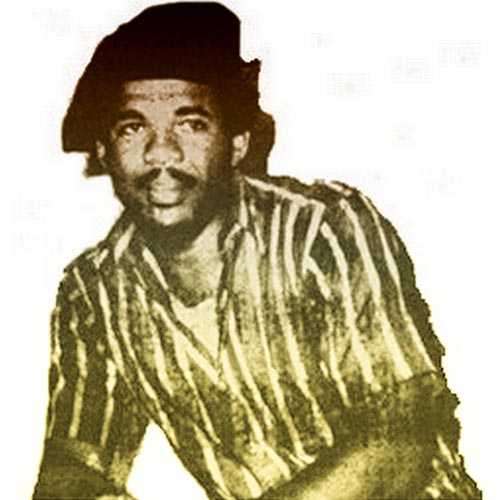 In July 2013, The Jamaica Observer reported that Glenmore Lloyd “Glen” Brown, also known as “God Son” and “The Rhythm Master”, had fallen on hard times in the United States. In an interview his daughter Rosemarie Macklin told he was in a New York nursing home, suffering from renal failure, diabetes, loss of vision, dementia, and a heart condition. He sadly has passed away in hospital on October 4, 2019.

Born in Kingston, Glen Brown began his musical career in the 1960s as vocalist with Sonny Bradshaw’s jazz group, singing standards on the North Coast hotel circuit. Subsequently he recorded duets with Hopeton Lewis, Lloyd Robinson and Dave Barker for producers such as Duke Reid and Coxsone Dodd. In the early 1970s, he began working as a producer, initially on the Shalimar label in partnership with a businessman called M.G. Mahtani, before he set up his own Pantomine and Dwyer labels, operating from various premises. At that time Glen Brown was part of a small group of producers which included Lee Perry, Augustus Pablo, and Niney, who along with engineer King Tubby changed the way the music sounded. Other producers gained more success, but it was this group that took the risks.

Record production was largely a hand-to-mouth affair for Glen Brown, whose tunes were often pressed in limited runs with labels re-used from previous releases or ocassionally on blank labels. However, Brown’s ability as rhythm master was immediately evident. To some really strong vocal tunes by the likes of Gregory Isaacs, Roman Stewart, Lloyd Parks and Little Roy appeared on the producer’s labels, the self-styled God Son was mainly associated with the top-quality instrumental and deejay versions of his highly original riddims. Supremely tough backing tracks, underpinned by sinuous, muscular baslines and laced with emphatic, crackling percussion were regularly coaxed by Glen Brown from studio bands like the In Crowd or Soul Syndicate.

Though never a virtuoso on the melodica, he nevertheless seldom failed to sound interesting on the records he personally fronted. “Merry Up”, a melodica duet with Joe White, was his first major local hit, boasting a distinctive, choppy riddim, one to which he was to return again and again for fresh chapter and version. His records were punctuated with false starts and unsettling breaks, in which a studio visitor interrupts the record after thirty seconds or so. Glen Brown’s own vocals are heard to best advantage on a combination tune “Realize” with Richie McDonald, which employed the same riddim as “Dirty Harry”, the masterful horns workout from saxophonists Tommy McCook and Richard “Dirty Harry” Hall.

The producer also developed a fruitful collaboration with deejays, resulting in outstanding versions of the “Dirty Harry” riddim by people like Big Youth, U Roy, Prince Jazzbo, Dean Beckford and U Roy. Almost all of these records featured exceptional dubs by King Tubby. Glen was accustomed to leave his riddims with the dubmaster, asking him to mix five or six styles of each. Glenn Brown had barely a handful of hits in Jamaica and rarely had enough money to press large runs, but the scarcity of his records ensured that he became a cult figure.

For a couple of years after 1975,, when he launched the South East Music imprint, there were no new productions of the great left-field producer on vinyl, except for a few on the UK label Grove Music. Then came a couple of 7″ singles on Tappa Zukie’s Stars label and a few more on his own South East Music. But rather than the instrumentals or deejay outings that proved his most compelling records in the early 1970s, he now concentrated on rootsy vocals. The most notable work was with youthful roots singer Sylford Walker, with whom he recorded great tunes in the mid-to-late ’70s which appeared on the wonderful “Lamb’s Bread” album.

During the ’80s and ’90s, Glen brown became less visible on the reggae scene as he divided his time between Jamaica, New York and the UK. He recorded three albums in 1990, of which the melodica instrumental album “Plays Music From The East” for Fashion Records captured much of his charm.