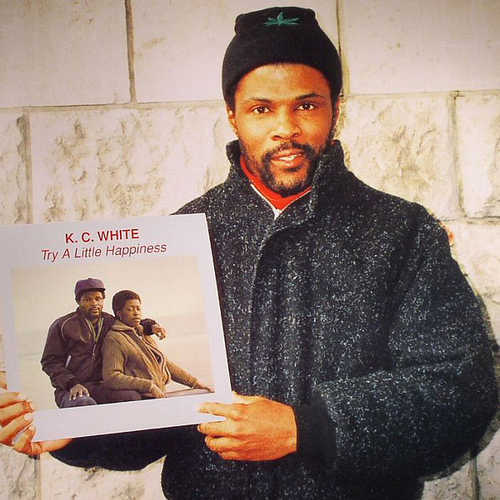 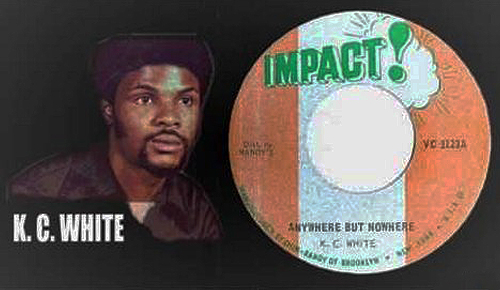 My good friend K.C. White died in the University Hospital yesterday [October 11] while waiting on surgery. KC had a heart attack a couple of weeks ago in St Mary Port Maria. They rushed him to the hospital there in St Mary and later transferred him to the University Hospital in Kingston. They asked for a lot of money for him to have the bypass. Another good friend was trying to get the money for him to have the OP. I spoke to K.C. on Wednesday and he said that the operation on Tuesday was postponed because his blood was too thin and they had to postpone until Thursday. K.C. was very scared when they told him how much it was going to cost for the operation, because he did not have any money. What a world we are living in. It’s all about Money. I got a call from Ian from the Inner Circle band to say that K.C. past yesterday. Very sad. May His Soul Forever Rest In Peace. – Dennis Alcapone.

Producer/singer/songwriter Morris White aka K.C. White, who was inspired by singers like Bob Marley, Ken Boothe, Delana Stewart of The Gaylads, Alton Ellis and John Holt of The Paragons, made his first recording for Dynamic Sounds in 1972 – a Gregory Isaacs composition called “Man No Dead”. In 1973 it was followed by a powerful version of Willie Cobbs’ “You Don’t Love Me” (aka “No, No, No”), which became a worldwide hit for Dawn Penn in 1994. K.C. White’s version was visited again by Big Youth for “Screaming Target”, which appeared on the deejay’s debut album of the same name. However it was the release of his cover of Gene Chandler & Barbara Acklin’s “Anywhere But Nowhere” (originally issued on the Impact! label around 1973, and 1998 re-released on the Soul Prof imprint), that he started to make a name for himself in Jamaica and Europe.

K.C. White continued recording with some local success – “The First Cut Is The Deepest” and “I’m Just A Lonely Man” – before migrating to New York where he took up work at Brad Osborne’s Record Den on White Plains Road in the Bronx, and began working at Bullwackie’s nearby studio. Whilst in New York, he enjoyed further recognition with tunes such as “We Need More Love”, “Sellasie I”, “Can’t Go On”, and “Keep On Loving You”. Besides that he often appeared on stage at concerts featuring US acts such as GQ, The Main Ingredient and The Temptations along with reggae acts out of Jamaica appearing in New York. After several years working and studying to develop his skills and craft as a producer and singer, he returned to the studios, armed with a lot of experience earned throughout the years, to produce a number of albums, including some of his own such as “Try A Little Happiness” (Puff Records), “Reality” (Zola & Zola) “Showcase” (Love People Records), “Signs & Wonder” (Rhino Records) and “Jamaica Pre-Release” (Hawk Records).