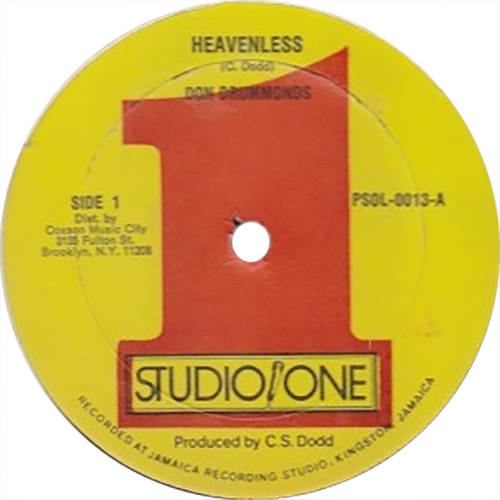 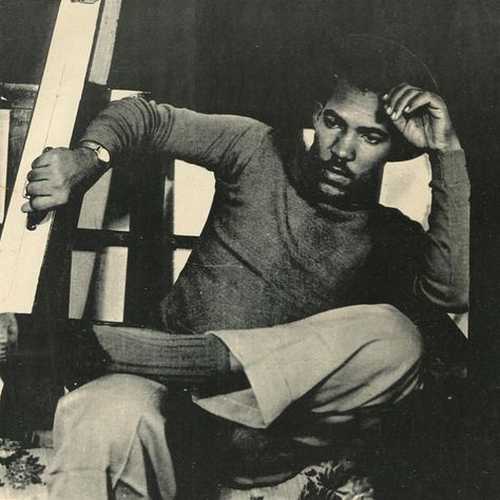 Don Drummond’s “Heavenless” is one of only a few Reggae riddims that go back to the very origins of Reggae music – the Ska era. Why this should be so, shows the very dynamic changes that Jamaica’s popular music has undergone.

The Ska bass lines, coming out of the R&B era of the U.S, could not be easily fitted into the slower Rock Steady riddim. So the bass playing in the music changed – the bass itself became the lead instrument. And in a short space of time it was quickly discovered that the simple bass lines were always the most popular – especially in the dance hall – which brings us back to “Heavenless”, one of the most simple but devastating bass lines known to mankind. Lloyd Brevett, if it was he who originated it, should be given some award for its creation! Likewise that great man Don Drummond who blew his trombone over it.

Like some undiscovered treasure, “Heavenless” stayed in Coxsone’s tape store for some 15 years before he decided to version it. When he did dig it out, he overdubbed new percussion and drum parts and then turned it over to Johnny Osbourne, the Dance Hall master lyricist, who gave us two cuts, “Murderer” and the much more serious “Unity”. Both of them were very popular, yet it’s a shame that the likes of “Murderer” are not appreciated more. Also on the Studio One label are cuts from Prince Jazzbo and Jim Brown, a deejay duo, “Music Maker” from Willie Williams, and a great deejay cut from the Lone Ranger using the well-loved “Keep On Coming A The Dance” theme, for its title and inspiration.

At the same time as Coxsone was releasing his cuts, other producers finally got around to cutting the riddim. An early big hit of the riddim came from Tristan Palma, who at the time was working very well with deejay/producer Jah Thomas. Their “Entertainment” was in fact very entertaining! Using a very well built Roots Radics riddim.

The wildest cut to date must be Sugar Minott and Charlie Chaplin’s “Four Wheel Wheelie”, produced by Tad Dawkins. Even though the style of singer of singer/deejay combinations is very popular at the moment, nothing has really been produced that betters their view of the transport crisis. Other cuts that cannot be ignored are the extremely rough and ragga “Elementary” from Horace Andy. And one of the very best of them all – Half Pint’s “Greetings” produced by George Phang using a powerful pounding riddim from Sly & Robbie. For more cuts in this style you just must check “Final Mission”, an LP also produced by George. Listen out for the still upcoming Conroy Smith singing about the “Indian Lady”, Al Campbell’s militant “One Away Soldier” and Junior Delgado’s “Hold Me Tight” to name just a few tracks. 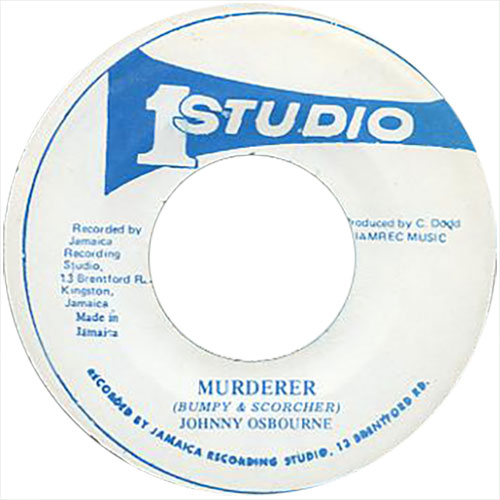 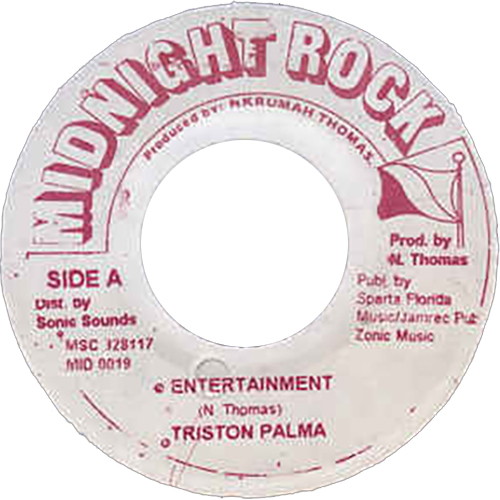 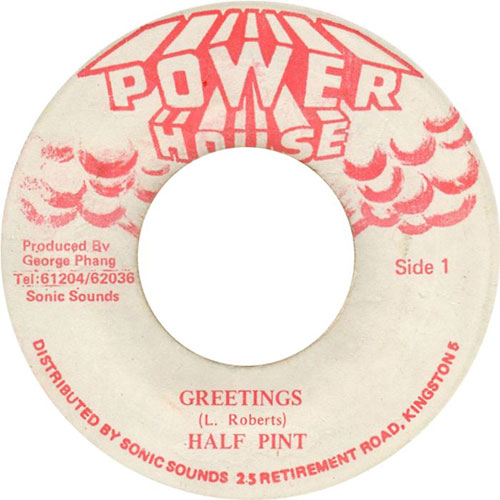