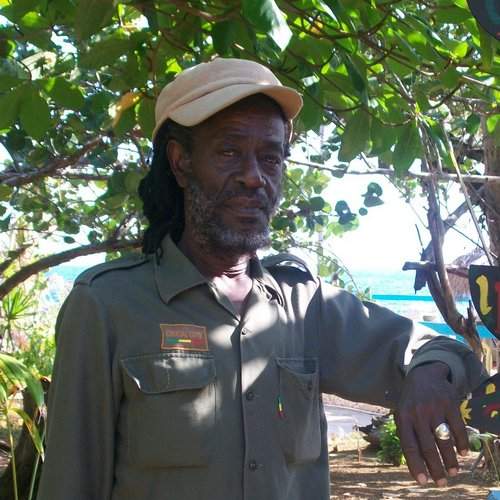 Career: Vocalist with The Royals, The Morwells, The Heptones | Solo Artist | Producer 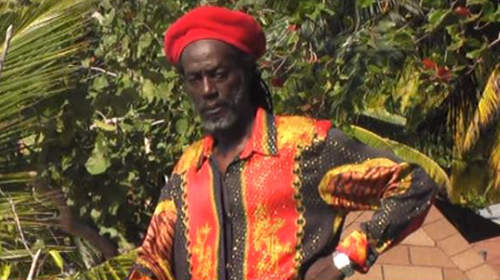 On May 18th 2020, Dolphin ‘Naggo’ Morris died in a Montego Bay hospital at the age of 72 after losing his battle with cancer. Back in 1977, this fine roots singer was recruited by Barry Llewellyn and Earl Morgan to replace singer and bass player Leroy Sibbles in The Heptones, who had left the vocal trio for a solo career.

Before he became a member of The Heptones, Naggo Morris had done some harmony for Studio One with the Soul Boys (Barrington Spence & Junior Zun) and had joined groups such as The Morwells and The Royals, with whom he did albums such as “Pick Up The Pieces” and “Conference Table”. And as a solo artist he had scored some major hits including “Here I Come” for Clappas Records, the renowned “Su Su Pon Rasta”, and “Jah Guide” for Joe Gibbs. During this time he also did backing vocals with Lloyd Parks of We The People band and Ruddy Thomas. In 1974 he had a hit with the the Bunny ‘Striker’ Lee produced song “Flour Power”, which was inspired by cases of people being poisoned by flour contaminated with rat poison in Jamaica.

Being the very accomplished roots singer Naggo Morris was, his deep roots style perfectly complemented The Heptones’ (Earl Morgan & Barry Llewellyn) keen harmony. In this line-up, The Heptones came up with albums like “Better Days” for Winston “Niney” Holness (1978), “Good Life” for Joseph Hoo Kim of Channel One (1979), “Street Of Gold” for Park Heights Production (1981), and “Back On Top” and “In A Dancehall Style”, both on Vista Sounds(1983).

A few crucial roots reggae tunes done by Naggo Morris as solo artists are “False Rasta”, “Jah Guide”, “Down In The Ghetto”, “Our Homeland”, “Going Places” and “A True You No Know”. Also great offerings where several 12″ releases and the early ’80s mini-album “Horace Andy Meets Naggo Morris” that were released by Bronx-based producer Lloyd “Bullwackie” Barnes on his Wackies label. Without any doubt, Naggo Morris is one of the most woefully overlooked roots singers in Jamaica. Rest in Power!