Extracts from an interview with Bob Andy by Noel Hawks 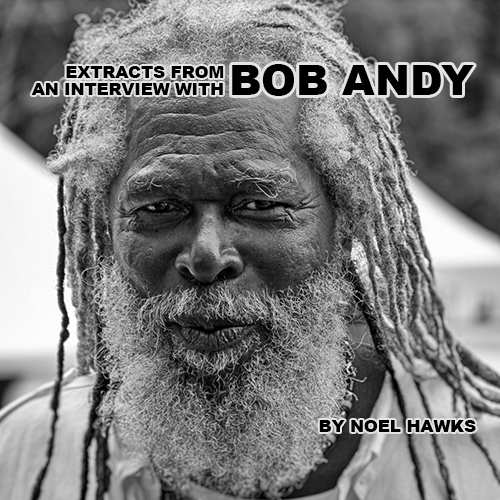 “LOTS OF LOVE AND I”

When: November 9, 2018
on the re-release of ‘Lots of Love and I’ after many years
Where: London UK/Kingston, Jamaica
Interviewer: Noel Hawks  © Jove Music 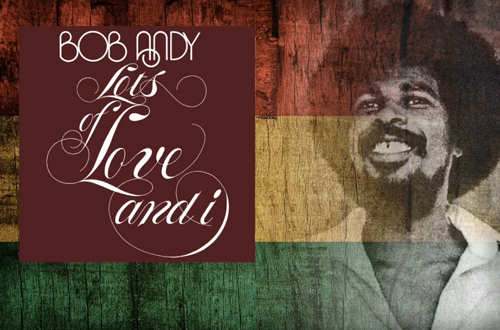 Good Afternoon Bob. How are you?
I’m alive and navigating my way through life the best I can…

“LOTS OF LOVE AND I”

How did the ‘Lots Of Love and I’ album come about?
Something happened… there was a traumatic event took place in my life (with) someone I was close to and the shortness of life, or the mystery of life, just crept slowly into my consciousness. I thought if one’s life could be snuffed out so easily, then I have to empty out what I have inside me now.

Artistically the songs (on the album) were gestating for a long time and for me, after a time, you become pregnant with a certain amount of songs and somewhere you’re going to have to start giving birth to them. And because some of the songs are born out of misery and pain and suffering, one way to get that outside of you… the word I want to use is exorcise… is to exorcise those kind of emotions.

The album was recorded at Duke Reid’s Treasure Isle Recording Studio which, at this time, was being managed by Mrs Sonia Pottinger of High Note & Gay Feet Records. What was your connection with Mrs. Pottinger?
I had access to Mrs Pottinger, who had been running Treasure Isle, and I went down there because she had worked with Marcia (Griffiths) before… it was Sonia Pottinger’s facility. I got all the album done myself… artwork, jacket design, credits, I paid the musicians … essentially what I did was the production, arranging, writing and singing, all in the absence of Sonia Pottinger. It was understood that if I paid her for the studio time… because it was my tape… then I owned the album outright. That’s how it went in those days. 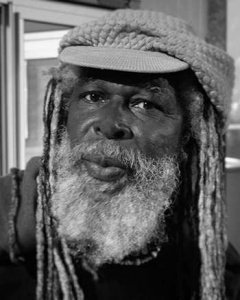 You employed The Revolutionaries, the most important and influential band of session musicians of the era. What was it like working with them?
I started to work on the songs with Sly and Robbie and Winston Wright, who were in The Revolutionaries at that time, and I brought in the ex-Skatalites brass section led by Tommy McCook. We went down to Treasure Isle and I transferred thirty or so songs to the musicians. So we started out and they liked the songs and we went the next day, and two or three days after, and we just kept on doing the songs until… either I didn’t go for a while or the band didn’t go or they had to do something else… and we ended up with the ten tracks for ‘Lots Of Love And I’.

I wanted interaction with the musicians especially… all the musicians I work with, I respect them because they have enough respect for me to listen to my ideas and try to give me what I want if they think they can suggest something that would enhance my thing. I don’t think I get along very well with musicians when we get on stage, but anything to do with the creative aspect, and the recording and so on, I cherish that kind of interaction I have with all musicians. The musicians that I’ve worked with each have their strong points and their benefit and their values so…I’m cool as far as this is concerned.

Please tell us a little more about the songs on the album…
You don’t go out to make an album… you just record because you have songs and, because you make enough singles then you have an album, which is exactly how Coxsone compiled ‘Song Book’. I was holding ‘The Ghetto Stays In The Mind’ for a long time and didn’t know what to do with it, so that was one of the tracks that inspired me to put down the other tracks. ‘Feel The Feeling’ was the first rendition… that song was written for this album. It’s a song I love very much and I still feel the same way…

This was a time of great social and political upheaval in Jamaica. How did that unsettling situation affect the making of the album?
I work on the principle of, if you are serious enough to be critical, and going through the paces of criticising, you’re supposed to be developing a response. How could I do that differently if I’m in this position? In a country like Jamaica, in those conditions, you find out that the word independence is really a camouflage because there is no independence…

How do you feel about ‘Lots Of Love And I’ being given a proper re-release after all this time?
It’s for the people who have stuck with me who they call fans… but I call them my members of the human family wherever they are. That’s the greatest… however large, medium or small the demographics might be, what is satisfying about this re-release is that they’ll get a chance to hear me at that phase and period.

For me music business has been a tremendous weight… the commercial aspect of it… because I didn’t know how to deal with that (struggle between) lyrical content and attitude towards the system. If Bob Marley didn’t have Chris Blackwell I don’t know how he would have made it… because his lyrics were biting lyrics and they were offending the people everywhere who were buying the records. But, because there are fair minded people everywhere, one of the wonderful things about music, as you know, is that writers and singers put out a message that touches the human condition.

Thank you so much Bob. It’s been a privilege to be able to talk to you.
Thank you Noel…

(Read the review of ‘Lots Of Love And I‘)