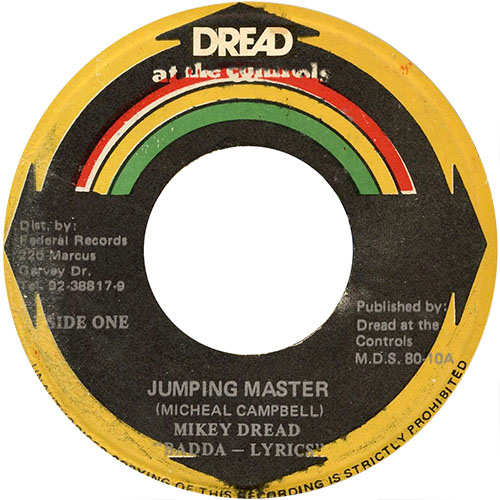 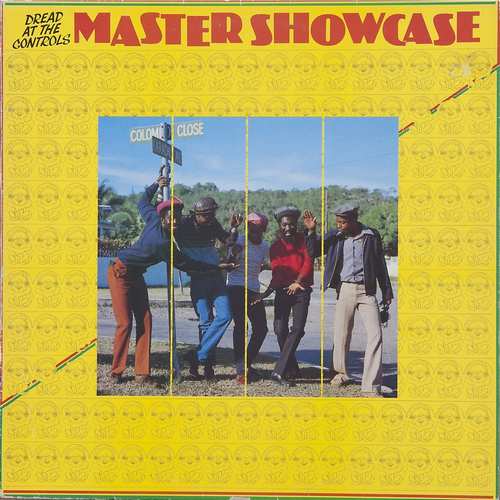 After Henry ‘Junjo’ Lawes, the next most popular new producer of the Dance Hall era was Mikey Dread. His famous JBC radio show ‘Dread At The Controls’ had quickly turned him into a Roots music hero. When he started producing his ‘Dread At The Controls’ label it became one of the most sought-after labels on pre-release, nearly every release on the label was of very high quality.

In no time at all Mikey had set up the label in the UK, many fine 12″ discomixes followed, one of the earliest was ‘Jumping Master’ by Mikey Dread himself, whose style of singing/deejaying or singjaying fell somewhere between Big Youth, who originated the style in the mid-’70s, and Eek-A-Mouse, who was to have a big impact a few years later. 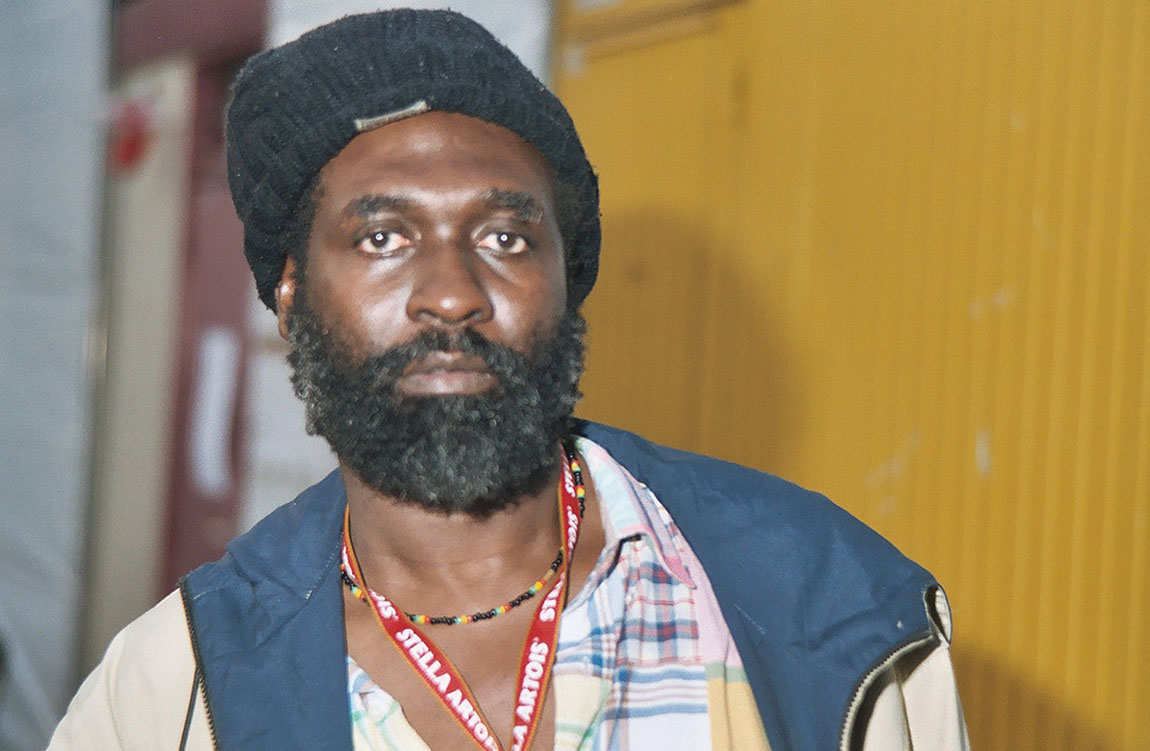 Singjay lyrics needed a very powerful riddim to work well, Mikey in DATC fashion decided to build one himself with the help of the Roots Radics who always sounded inspired when guided by Mikey. He built a riddim hard enough to give both speaker and amplifier distress. It was a big Dance Hall hit, and with Mikey being well into version and riddims it seemed quite natural to release the Master Showcase LP with 8 cuts of the riddim.

In the late ’80s, the idea seems quite reasonable, in 1980 – the year the LP was released – Mikey was looked upon as a suitable case for treatment. Although as all riddim and version fans know, the first riddim LP Yamaha Skank released by Rupie Edwards was the very first riddim LP and that came out in the early ’70s. So it wasn’t a new concept, yet it was still radical. The problem Mikey was coming up against was the same problem U Roy came across with the deejay style and to a lesser extent, the problem King Tubby came across with dub.

A lot of Reggae fans couldn’t accept it was a new concept, and just saw it as a rip-off. “Who wants to buy 10 cuts of one riddim?” Well, for starters it’s a lot cheaper than buying all the cuts one by one – especially at crazy 12″ prices – now that is a rip-off!

Of the 8 cuts on the LP, two are dubs, one is instrumental, a nice piano cut, and the remaining 5 cuts are all vocal cuts. Of these Earl Sixteen’s Jah Jah Is The Master is special, followed by Money Makers from the sadly under-recorded Gilly Buchanan. Another favourite Mikey Dread artist Michael Israel is also present with his Dubbing Master. Sunshine is another Mikey Dread discovery, who like Gilly it seems, never recorded for anyone else, despite having a fine voice. Who Is The Master is a very good cut of the riddim. The Ovationz cut some great music for Mikey. Sweet Inspirations is no exception, and the group remains his best find, although they have been quiet afterwards.

The riddim reappeared on Linval Thompson’s 1981 single Curfew and was also used by the singer turned producer for Wayne Wade’s Suzie and Freddie McKay’s Hey Stranger. Furthermore, he included it on Scientist’s 1981 LP Dub Landing as a track titled Beaming.