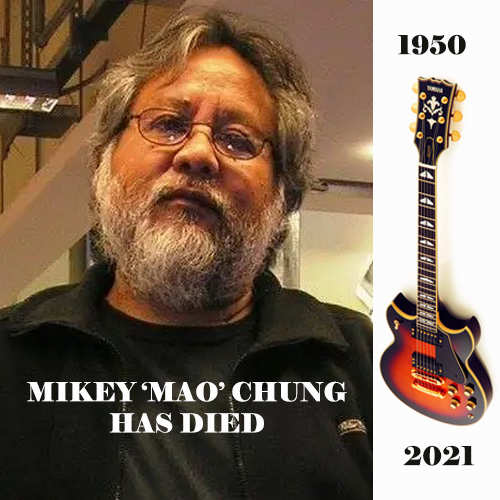 Two legendary musicians who’ve past away this month during an overdubbing session on a new Bitty McLean tune at Anchor Studio in Kingston Jamaica – January 8, 2016

In the world of reggae music resounds again a sad note with the death of Mikey ‘Mao’ Chung today. The Kingston-born keyboard, guitar and percussion player, and also arranger and record producer Mikey Chung of Chinese Jamaican descent is one of reggae’s unsung heroes whose role and contributions should be known by many more people than is now the case. Rest in eternal peace Mikey, your musical contributions shall live forever.

Mikey ‘Mao’ Chung began his musical career in the mid-’60s. He found himself drawn to music after falling in love with the guitar during his high school year at St. Georges College. This love blossomed quickly and Mikey formed a singing group, The Minstrels, at school together with his brother Geoffrey and schoolmate Lennox Robinson (who was later replaced by Claude Braithwaite). They auditioned and recorded at what has now become one of Jamaica’s legendary recording institutions, Studio One or Coxone Recording Studios. This led to more recordings for Federal Records. Mikey’s two fondest memories of his career in becoming a session musician was seeing keyboardist, Jackie Mittoo, in action running a recording session at Studio One and later seeing Lyn Tait doing the same, at Federal Studios, both laying tracks for The Minstrels. It was his inspiration in going forward with his musical career.

Mikey then joined a group called Up With People playing drums and stated it was his way into a real band. Although not a real drummer, he could keep time and do simple rolls. This led to forming The Mighty Mystics, which comprised of other schoolmates from the neighboring school, Kingston College. Shortly afterwards, Mikey switched to playing guitar and started to concentrate more on being a musician than just a singer. According to Mikey, a highlight of this period was the Mystics sharing the bill with Tommy McCook and the Supersonics band on Saturday afternoons at the Victoria Pier where he learned a lot and gained much experience. 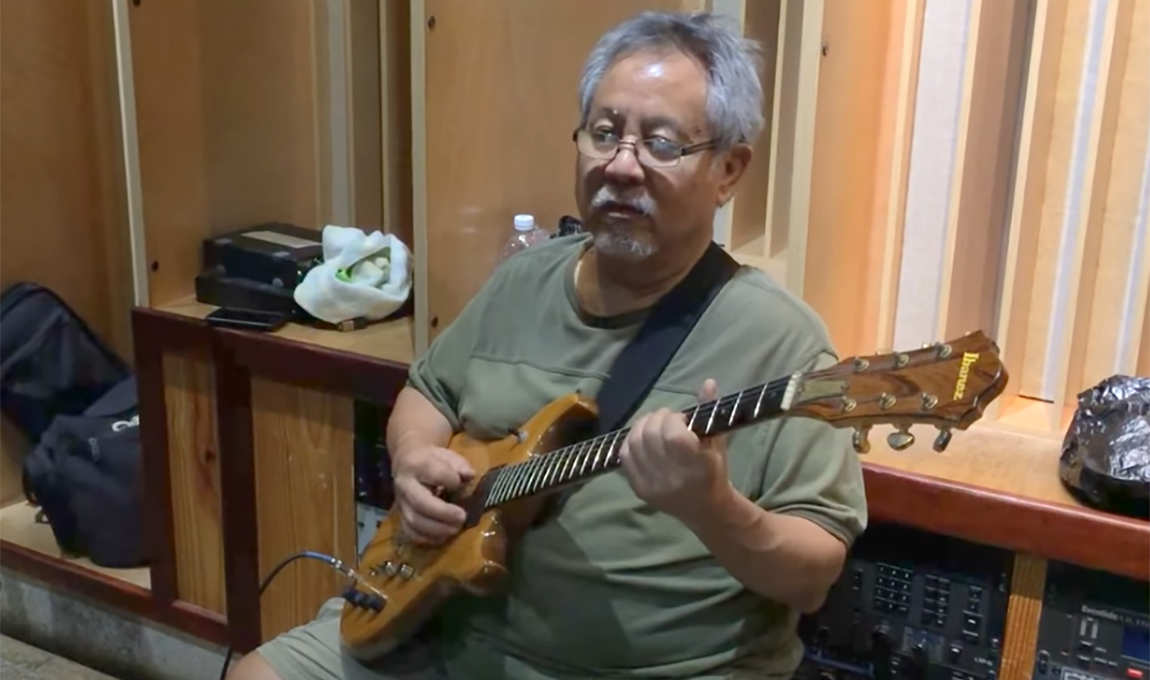 With all of this happening, Mikey also started playing bass and found himself gigging with many other local bands on guitar or bass. These included The Virtues, The Vikings, Byron Lee, Generation Gap and many more.

By the early ’70s, Mikey Chung was in The Now Generation, a popular Jamaican dance band performing across the island at stage shows, clubs, hotels, etc. He had also now become an integral part of the recording industry, recording with other session players and session groups.

Other members of the band included his brother Geoffrey, Earl Wire Lindo, Val Douglas, and Martin Sinclair. The Now Generation, or NowGen as they were known affectionately, were slowly becoming a sought after studio band and so they retired from being a dance band and concentrated in the studios. Mikey Boo Richards and Robbie Lyn then joined the aggregation. Their work in the recording studios was done for producers like Duke Reid, Lee ‘Scratch’ Perry, Bunny Lee, Harry J, Moodisc, Matador, Randys, Federal, Byron Lee and Joe Gibbs.

Initially a self-taught musician, Mikey was also a past student of The Jamaica School of Music where he studied under Joe Williams, Ernie Ranglin, Olive Lewin, Marjorie Whylie, Camille Lewis Melba Liston and Peter Ashbourne. At school Mikey started spending more time on the bass guitar, which had already become his second instrument; this led to work with Ernie Ranglin, Lester Bowie and Dexter Gordon. Mikey has also taught Guitar/Bass at The School of Music.

Mikey Chung was also a member of the Word, Sound and Power band recording and touring with Peter Tosh, and a member of Island Record’s Compass Point All Stars with Sly & Robbie and The Inner Circle.