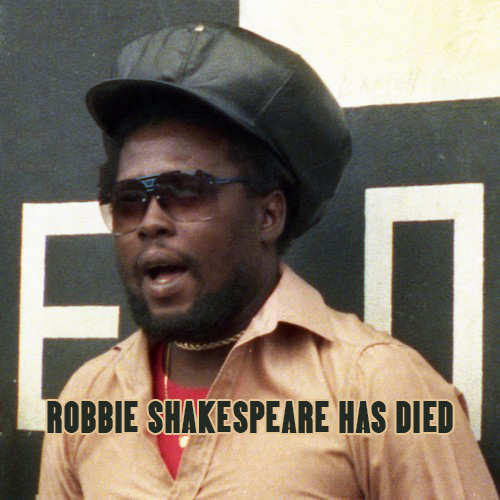 After the recent death of one of the best session reggae drummers Mikey ‘Boo’ Richards, there’s again very sad news for reggae fans worldwide. Robert Warren Dale Shakespeare, better known as the legendary bass player Robbie Shakespeare who formed a renowned dynamic reggae riddim section with drummer Lowell Charles Dunbar pka Sly Dunbar, has passed away on Wednesday December 8, 2021 at the age of 68. He was was ailing for sometime and died not long after he had kidney surgical procedure in a Florida hospital.

Regarded as one of the most influential reggae bassists, Robbie Shakespeare was also known for his creative use of electronics and production effects units. He was sometimes nicknamed “Basspeare”. 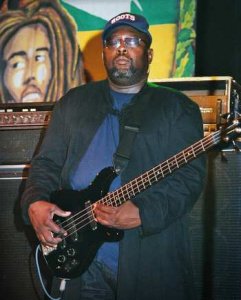 Born on September 27, 1953, Robbie Shakespeare grew up in East Kingston, Jamaica. He had a musical family, so that his family home was a rehearsal and hangout spot for a variety of upcoming musicians and singers. His brother Lloyd had a band called The Emotions which rehearsed in the house. Shakespeare’s first instrument was an acoustic guitar that was always present in the home. Later, the bass player Aston “Family Man” Barrett came into his yard, as it was near a popular location for selling marijuana. Shakespeare had been trying acoustic guitar and drums, but when he heard Family Man’s bass playing, he was attracted to the deep bass sound. Shakespeare recalled saying “I wan fi learn how to play this thing [bass]. You haffi teach me”, and Barrett agreed to give Shakespeare bass lessons.

Shakespeare first went in a music studio when he helped carry Family Man’s brother Carlton Barrett’s drums into the studio and help set up the drums. This developed into sneaking into the studio and waiting outside as bands recorded. Whenever Family Man recorded, Shakespeare would try to both listen to the session and watch the bass player’s hands; then afterwards, the bassist would show Shakespeare the basslines that had been recorded in person at Shakespeare’s family house.

Shakespeare continued to study electric bass with Aston Barrett, the bass player from the Upsetters. After Barrett joined the Wailers, Shakespeare took over the bass role in Barrett’s former group, Hippy Boys. Robbie Shakespeare then met and became friends with Sly Dunbar and recommended him to Bunny Lee as a possible session drummer for the Aggrovators. Shakespeare started a musical partnership with Sly Dunbar for the first time when they played in the Channel One Studio house band, which was called The Revolutionaries. Shakespeare and Dunbar started an independent music production company and record label called Taxi Records, which produced many hit records with artists like Black Uhuru, Chaka Demus & Pliers, Ini Kamoze, Beenie Man, and Red Dragon. 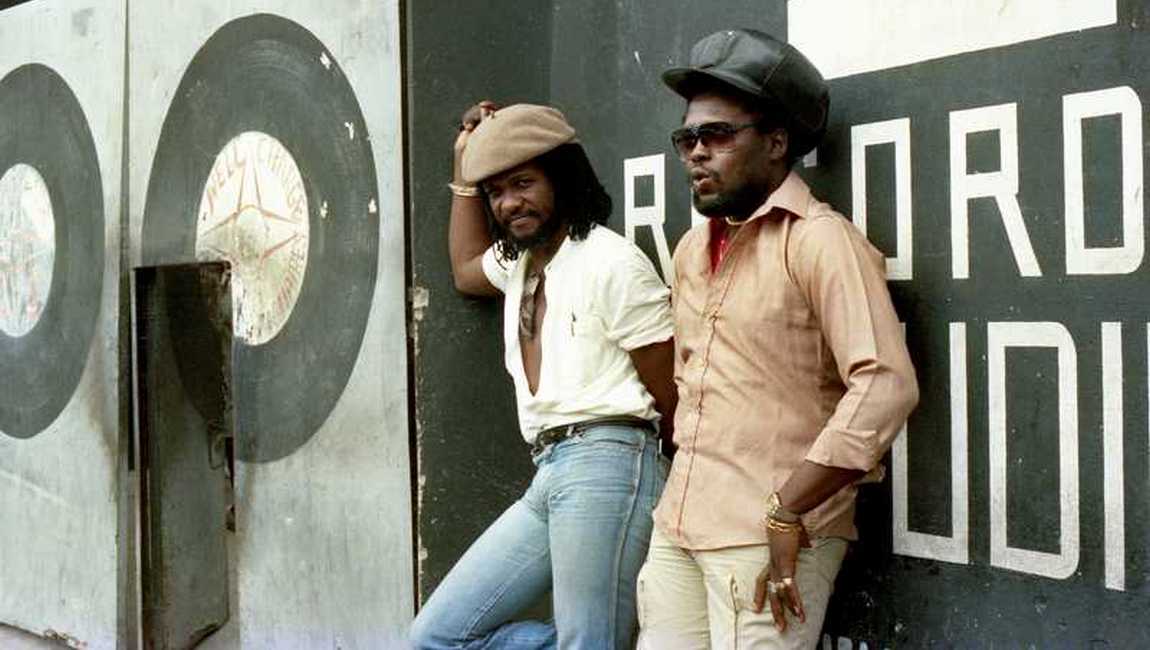 They also found time to do sesssion work just about every important name in reggae music and when their fame spread outside reggae circles, due to the success of Black Uhuru for which they were the powerhouse riddim section, they also worked with a host of rock stars. Robbie Shakespeare together with Sly Dunbar appeared in the 2011 documentary “Reggae Got Soul: The Story of Toots and the Maytals” which was featured on BBC and described as “The untold story of one of the most influential artists ever to come out of Jamaica”. Shakespeare was nominated for as much as 13 Grammys. He received a Grammy award twice – in 1984 for one of the best reggae recordings for “Anthem” after which in 1998 for one of the best reggae albums for “Mates”.

Robbie Shakespeare is dead, but is music will live on forever! R.I.E.P.

(Sources: Wikipedia, The Virgin Encyclopedia of Reggae, The Rough Guide To Reggae)