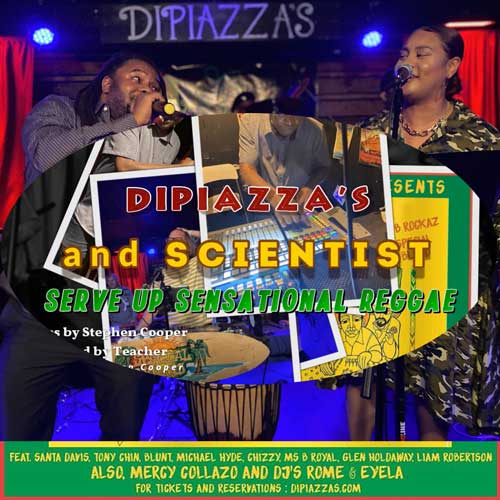 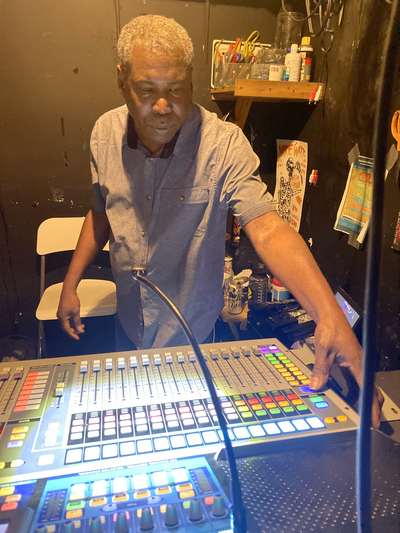 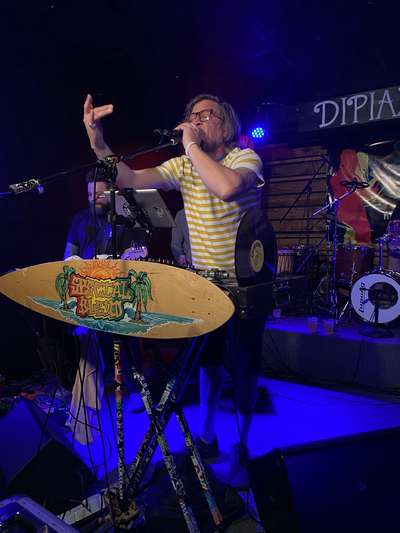 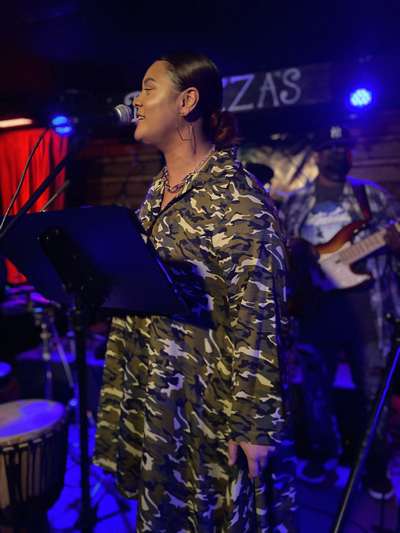 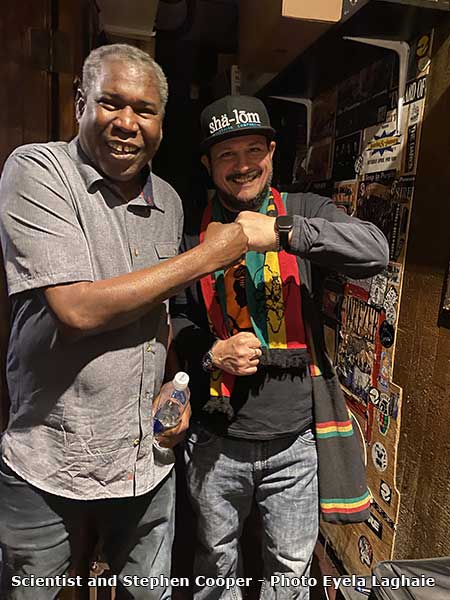 At first blush, DiPiazza’s in Long Beach seems like any other well-run, family-owned restaurant—close to the beach—in Southern California; nothing about the establishment immediately screams out sensational reggae, but, with assistance from legendary sound engineer Scientist, that’s just what DiPiazza’s served up recently, the evening of February 26.

Headlining the show, as aforementioned, was my good friend Scientist (also known as Hopeton Brown); as ‘Mighty’, lead singer for the ebullient and entertaining opening band ‘Special Blend’ wisely observed: “If you don’t know how to get dubbed out, check out the Scientist; and if you don’t know how to do that, go ahead and slap yourself one time.”

Fortunately no self-slapping was observed or necessary, however, because, by the time the headliners took the stage, one could tell most of the concert-goers (including yours truly, of course) knew exactly who Scientist is (and further, as a result of such knowledge, “how to get dubbed out”). Indeed, before and after the show a steady stream of fans approached Scientist—toting his old albums—to seek his famous signature.

Also, importantly, it was clear the staff at DiPiazza’s shared the same respect for Scientist that everybody with a basic knowledge of reggae should have. Unlike some venues where I’ve witnessed no-name ‘house’ sound engineers quibble with Scientist—when he is working to ensure the highest sound quality from the available equipment—all the staff at DiPiazza’s listened to Scientist’s instructions throughout the performance (and earlier in the day during the sound check), assisting him helpfully when called upon.

Johnson’s entire set was soulful and sweet; he thrilled the crowd with a combination of original songs and reggae standards—including a healthy serving of tunes by icons Peter Tosh and Bob Marley.

Johnson was ably assisted onstage by ‘Ms. B Royal’, a popular repeat-singer at DiPiazza’s; in fact it must be noted that there were a number of times during the night where Ms. B Royal threatened to steal the show—including during a thrilling solo ode to marijuana that caused already jubilant patrons to erupt in wild applause.

The electric performance culminated with a truly unexpected spiritual delight: Haile Maskel, bassist and lead vocalist of ‘The Rastafarians’, a revered musician and singer, happened to be in the crowd; spotted by Johnson, Maskel was invited onstage where he delivered a stirring rendition of Satta Massagana (by the Abysinnians).

Bless up reggae fans, and please enjoy the photos and video footage I shot at the show!