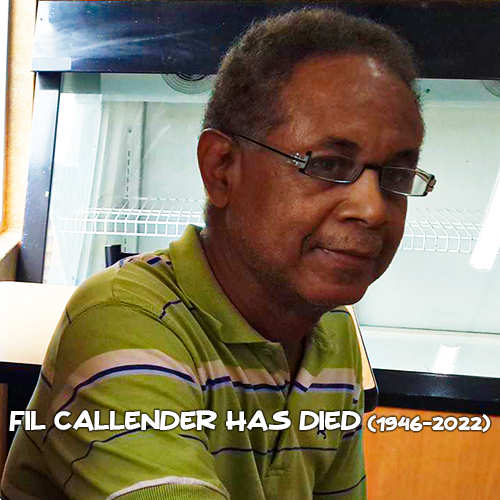 Friday 27 May was another sad day for all reggae lovers as reggae icon guitarist, drummer, singer & producer Fil Callender of Studio One and In Crowd fame passed away.

Filberto Callender, better known as Fil Callender, was born on August 25, 1946, in Colon, Panama and migrated to Jamaica as a young man in the mid-’60s. His musical path started a few years after arriving in Jamaica when Headley Jones, a prominent Jamaican Jazz musician and engineer took an interest in teaching him the rudiments of playing the drums when he saw him taking a keen interest in listening to the Skatalites and other groups rehearsing at Studio One.

After a period of about one year of practicing under the tutelage of Jones who was leaving Kingston permanently to play in the country, he was left in the hands of Aubrey Adams one of Jamaica’s best Jazz keyboard players at the time. His task was to continue to help and guide him in becoming a proficient drummer. Aubrey linked him with his nephew who had a band, which he was mentoring. Practice with the band took place at Aubrey Adams’ house in Trench town and each day Fil would make the trek to 11th Street for rehearsals. When Aubrey saw improvements in his playing he took him to Courtleigh Manor to play on a few occasions with his own resident group which included Ernest Ranglin. 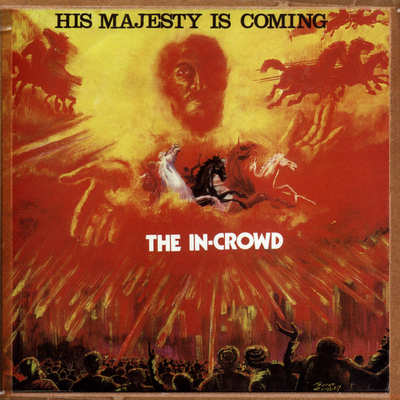 One of Fil’s favourite things to do was to go around to various places listening to the most popular dance bands at the time. Bands such as the Mighty Vikings, Carlos Malcolm, Tommy McCook & The Supersonics, and Byron Lee & The Dragonaires. These groups influenced him a lot and helped him to learn the art of playing Jamaican popular music, as well as, listening to the popular hit songs being played by the radio stations. He went on to play in various nightclubs with dance bands, the most prominent being the Virtues, during the late ’60s.

While still playing with the Virtues, Eric Frater who was also a member of that band and a guitarist at Studio One took him to the studio to play on a day when the regular drummer did not turn up for work. This was the beginning of Fil’s Studio One career as a drummer in the late ’60s to early ’70s. This was shortly after the Ska period with the Soul Vendors who was the resident band. Included in the band were musicians such as Boris Gardener, Patrick McDonald, Jackie Mittoo, Eric Frater, Vin Gordon, Denzil ‘Pops’ Laing, ‘Deadley’ Headley, and others. The band changed its name and became the Sound Dimension. During this period the music went through some transitions which included the beginning of Rock Steady and eventually some different aspects of Reggae. Musicians who became world famous with whom Fil had the privilege of working as a part of the Sound Dimension were; Leroy Sibbles, Eric Frater, Jackie Mittoo, Robert Lyn, Richard Ace, and Ernest Ranglin who freelanced. Fil remained at Studio One for a few years working as a weekly paid musician, playing mainly the drums and a little guitar. During that time he performed on several songs that became hits and are now part of the classic Studio One vintage music, songs such as “Real Rock”, “Nanny Goat”, “Full up” (aka pass the Kutchie) “Party Time”, “Skylarking”, “Hello Carol”, “Cuss Cuss”, “Autumn Sounds”, “Hot Milk”, “Baby Why”, “Too Experienced”, “Feel Like Jumping”, “One Step Beyond”, “More Scorcha”, “Armagideon Time”, “Run Run”, “Evening Time”, “True Believer”, “Love me Forever”, and others including the recording of the famous “Satta Massagana”: songs for which he is noted for his drumming style.

Fil and other musicians experimented with the music and contributed to its evolvement during the period from Rocksteady to Reggae and Dancehall. During this transition, Fil was a contributor to the platform on which the ‘Rockers’ beat was built; he then went on to create the ‘Steppers’ kick drum pattern which has now become a signature template for drummers in reggae’s history. Some songs that highlight these styles are the original version of “Roof Over My Head” by Sugar Minott which was later covered by the Mighty Diamonds, “Satta Massagana” by the Abyssinians, “Smile” by the Silvertones, “Queen Of The Minstrel” and “Ten to One” by Cornel Campbell, “Drifter” by Dennis Walks, “Stars” by the Eternals, “Mr. Fix It” by Winston Francis, “Get In The Groove”, “Pretty looks Isn’t All”, “Hold the Handle”, “Sweet Talking”, and “Equal Rights” by the Heptones, “Surfin” by Ernest Ranglin, and others.

Songs that featured Fil on guitar were “Sunday Coming” by Alton Ellis (lead), “If I follow My Heart”, and “No Man Is An Island” by Dennis Brown, “Creation Rebel” album by Burning Spear, “Dubbing With The Royals” album by the Royals. Famous groups and singers that he had the privilege of backing were The Heptones, Burning Spear, Alton Ellis, Ken Boothe, John Holt, Bob Andy, The Cables, The Gladiators, The Abyssinians, Carlton & The Shoes, Delroy Wilson, Willie Williams, Dennis Brown, and others in the Studio One catalogue. After his departure from Studio One he freelanced with other recording studios both as a drummer and a guitarist, including the famous Black Ark studio, run by the popular Lee ‘Scratch’ Perry, Dynamics Sounds owned by Byron Lee, Harry J and Joe Gibbs studio, playing on hits such as “Johnny too Bad” (The Slickers), “Punky Reggae Party” (Bob Marley), “War In A Babylon” and “Chase The Devil”(lead guitar) by Max Romeo, “A Song” (Pablo Moses), No More Heartaches (drums) (The Beltones}, and “Fisherman” (drums) by the Congos.

Fil then went on to form the In Crowd where he was the band leader, a guitarist, lead vocalist on some of the songs and the main songwriter. He has attributed his best talent to songwriting and arranging and has received several reviews. The In Crowd band started with musicians such as; Mikey “Boo” Richards (drums), Robbie Lyn (keyboards), Toni Lewis (bass), Mikey Chung (guitar, keyboards), Sonny Wong (lead vocals), Egbert “Eggie” Evans (sax, flute), Leighton “Muggy” Johnson(trumpet), Mikey Murray (guitar), Clive Hunt(trumpet, flute). Other talented musicians that later joined the group were; Cleveland “Clevie” Browne (drums), Wigmore Francis (guitar), Tony “Jamaka” Johnson (keyboards), Lew Chang (sax , flute), Barry Bailey (trombone), Raymond Fidler (guitar), Freddie Butler (keyboards), and Errol Walker (vocals, keyboards). The band became fairly popular in England and Europe and its music was far-reaching there, as it not only appealed to the reggae crowd but crossed over. The group recorded two albums with songs such as, “His Majesty is Coming”, “We Play Reggae”, “Back A Yard”, “Born In Ethiopia”, “Man From New Guinea”, “Marcus Garvey’s Back In Town”, “Baby My Love”, and “Getting Cozy”. The group continuously topped the Reggae black music charts and entered the British charts twice.

The band’s music has survived in Europe over the years and a box set, featuring re-releases of songs, was issued. During the era with the In Crowd, Fil also recorded as a solo artist and released several songs. The group disbanded in the ’80s due to various reasons, however, a part of that was due to Fil’s religious conviction to re-enter the church and give his life to Christ and this included his musical ability as well. He continued to write songs and record music that reflects his conviction which led to the release of a gospel album titled “Creator”. Fil has concentrated on playing drums and serving in the church where he continued to grow musically.

His Majesty Is Coming