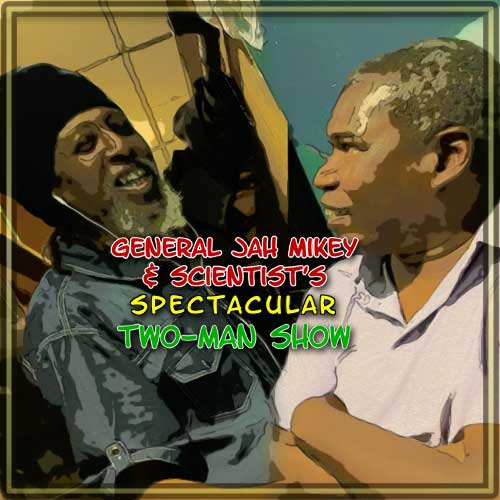 Scientist and General Jah Mikey’s bond was forged at legendary King Tubby’s studio, and, it survives, stronger than ever, as demonstrated by the success of their spectacular two-man show (June 11, at DiPiazza’s, in Long Beach, California).
General Jah Mikey recorded his first song as a professional at the tender age of 17 in 1985. Since migrating to the United States a year later, he’s carved out a successful career and continues to produce quality music.

With Scientist at the controls expertly manipulating the sound, General Jah Mikey delivered a sizzling, standout set, one that left happy patrons—with the bass still pounding in their chests—wondering, even if only momentarily, if they had just experienced a seismic event.

Sometimes, especially when it comes to special reggae happenings such as this, pictures and video do better justice describing the irie character of things than words; so, I hope you’ll enjoy the photos (slideshow) and video footage I took to document the backstage, unparalleled access I had to these two artists’s brilliant bond, and, the fruits of their creative collaboration. Blessings!