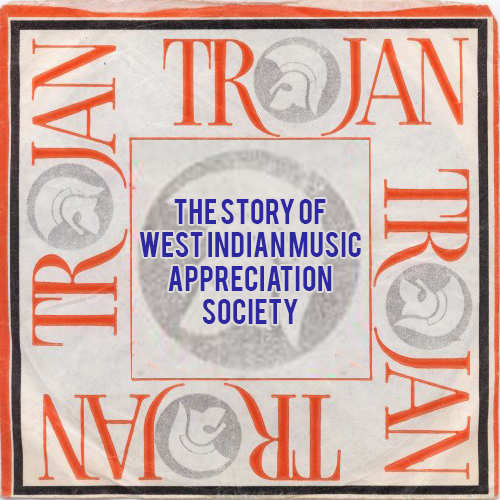 The basics of spreading news in any scene before the introduction of the internet was through magazines, flyers, and newsletters. The Reggae world was no exception, and in the UK in the early days, that honour fell to Eric Denham who edited firstly ‘The Blue Beat, Ska and Rock Steady Appreciation Society of Great Britain’s newsletter, and then the involvement of Trojan Records started ‘The West Indian Music Appreciation Society’ – again a newsletter aimed at getting the word around about happenings in the Reggae world. I am now going to tell the reader how the newsletter got started and its progression.

Let me now tell you about how I got involved with the Society and who inspired me. Back in 1966, I heard ‘007 (Shanty Town)’ by the late Desmond Dekker, and from that day onwards I was hooked on Jamaican music. Being such a fan of the music I wanted to take it a step further and this happened in 1967 when I started the ‘Blue Beat, Ska, and Rock Steady Appreciation Of Great Britain’ which was run as an independent society.

With regards to the society membership, it was 72p for the year and members received a monthly newsletter and every member had his or her membership card.

Let me tell you how Trojan Records became involved with my society. As time went on and running costs kept going up it became necessary to contact the two biggest Jamaican music companies in this country to get them involved on the financial side and after contacting Trojan and Pama Records it was Trojan who came forward to help finance the society. For their finance, they asked me to change the Society name to the ‘West Indian Music Appreciation Society’ which happened overnight, anything to get much-needed finance.

Moving on to the set-up for producing the newsletter, the society under both headings was run from my parents’ house situated in the Hertfordshire town of Berkhamsted, run from my bedroom to be exact with the monthly newsletter being put together via a typewriter which when ready was sent off to a printing company. The time it took to produce the newsletter for printing always seemed to take more hours than I actually had and found myself working until 2 am in the morning, this on top of getting up for a day’s work at 6.30 am.

I decided that help was needed due to not being able to get enough sleep and due to this I put an advertisement in the New Musical Express publication for a local fan of Jamaican music to help me out and one contacted me by the name of Tony who I took on board and it made life a little easier and the newsletter got back on track regarding it going out on time which was not always the case when working on my own.

Let’s move on to how Trojan helped my Society, they backed it for several years and sent me vast amounts of vinyl records, both 45 and 33rpm to be reviewed each month and they still remain as part of my vast collection of Jamaican music on vinyl.

Ken Boothe – Everything I Own

The Pioneers – Let Your Yeah Be Yeah 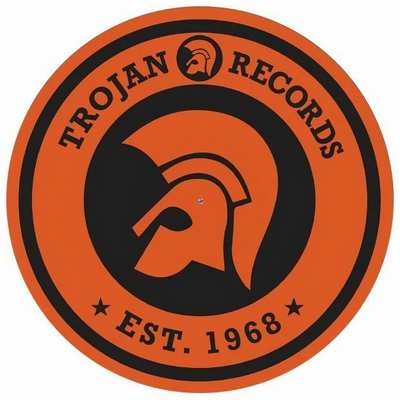 Taking a look at the newsletter in its early years, the format was 4 sides of A5 paper and then moved to 5 sides of A4 paper when backed by Trojan Records. From day one until its closure the newsletter content remained constant, the front page contained the current Jamaican music news, and inside could be found articles about the Jamaican music scene/artist profiles, a new release section, Society items for sale, such as Trojan T-shirts, Trojan badges, publicity pens, photos of artists and the forever remembered Society T-shirt with the wording ‘Reggae Music, The Greatest Sound On Earth’. Each month there was a Society competition with various prizes, a live appearance section, and a pen pal corner. Later a record exchange section became a popular addition to the newsletter.

When did the Society cease to operate, in 1975 Trojan Records cut its backing and the next year completely took away the financial help which left me, I say me as by this stage Tony had stopped helping me with the Society due to work commitments and from then I had two choices… fund it myself or close it down? At the time I thought that self-funding was the way to go and I did this for another year until rising costs made this impossible and the society was wound down.

After many years I decided to get the Society back on track and with the help of a workmate the newsletter rose from the dead. This time around it was again run as an independent Society and it was an eight-page A4 newsletter. It contained all the features of previous newsletters along with several more and had pictures, something the previous newsletters never had. Three years down the line I retired from my workplace and the help I was getting disappeared which put extra pressure on me to produce the newsletter and due to the way life was going it became too difficult to carry on so the decision was made to close the society again. Having said this it is not impossible that one day the Society might raise its head again in some form.

As far as having favourite Jamaican artists is concerned, from the early days it was the music I heard from Desmond Dekker, Prince Buster, Ernest Ranglin, and Ken Boothe to name but a few. I actually managed to meet a lot of the artists in my monthly meetings at the Trojan Records offices in Neasden Lane, London. Artists like Jimmy Cliff, Ken Boothe, Desmond Dekker, and members of The Pioneers and others used to be present at the offices. I even went to a party held to celebrate Ken Booth’s release ‘Everything I Own’ and received a signed copy of his latest vinyl album ‘Let’s Get It On’ which is still in my record collection.

To conclude one has to say that my years running the Society’s were great and I enjoyed putting together the newsletters. Times have changed and should the Society get up and running in the future then it would probably need to go online. At the present time, I am still involved with Reggae music via putting together new release reviews for Cherry Red Records and sending them to Reggae-Vibes.com to be included on their website, you may have come across them and I hope to continue with this for years to come.

At retirement age, one thinks they have heard most of the Jamaican recordings, in reality this is far from the truth as there are always collections coming along that contain recordings not heard before. “Good listening”.