General Degree: From Then Till Now (The Interview) 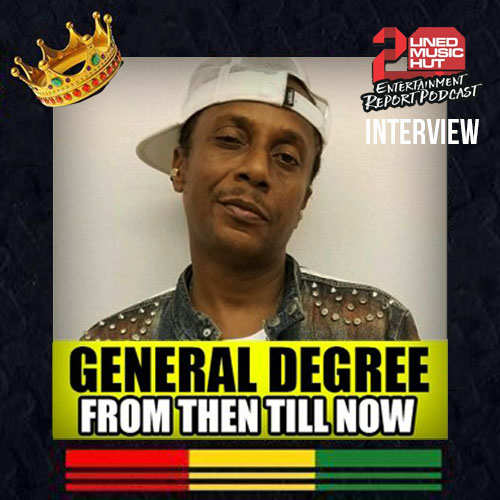 Born in Manchester, Jamaica, Cardiff Butt, better known as General Degree (or simply Degree) and later as Snapple Dapple, is a dancehall deejay and record producer who worked as a tailor before beginning his career in music in the late 1980s. He has his own label named Size 8 Records and launched his own ‘Reh Geh’ clothing range in 2006.

1990s Dancehall column General Degree pulled up to the Entertainment Report Podcast and spoke about getting his start in the business, Granny being his first hit song, introducing Garnet Silk to Steely (from Steely & Clevie), naming Red Rat, ’90s Dancehall vs new Dancehall, highs and lows of his career, making new music and more. General Degree also tells some crazy stories about his time at Madhouse Records with Dave Kelly.