Merciless: From Then Till Now (The Interview) 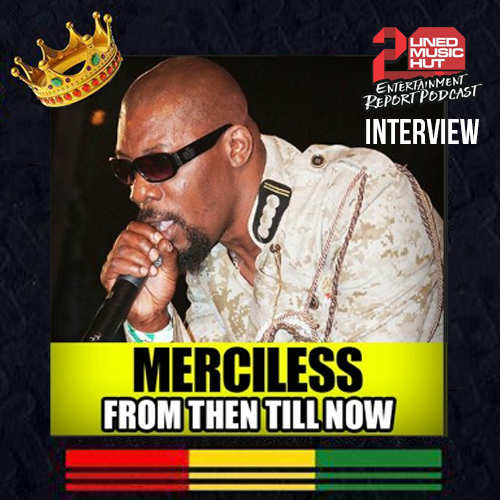 Merciless was born Leonard Bartley on July 1st, 1971 in the Turner district of Chapelton, Clarendon, Jamaica. He made his recording début in 1994 with “Lend Out Mi Mercy”, which was a hit in Jamaica and elsewhere, and a string of further hits followed, including “Mavis”, which was the top reggae single in Jamaica in 1995. Like several other dancehall stars, he adopted ‘conscious’ lyrical content in the late 1990s. Merciless died on July 19th, 2022 in St. Andrew, Jamaica.

Heavyweight ’90s Dancehall artist Merciless pulled up to the Entertainment Report Podcast for his first conversation for 2022. Merciless spoke about growing up in Clarendon, liking Professor Nuts style, his connection with Silver Cat, recording his early connection with Wee Pow from Stone Love, meeting Bounty Killer for the first time, meeting and clashing with Ninja Man at Sting 2000, recording for Tony Kelly and Robert Livingston. Merciless also spoke about the passing of his wife, getting locked up in the USA, his performance at Boombox Fridays going viral, his new song “When Badman Phone Ring” and sooooo much more.