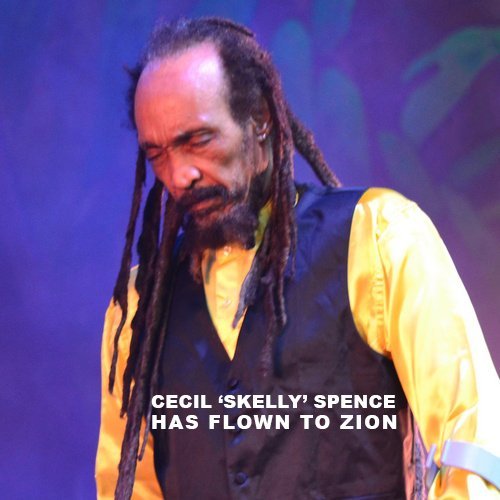 He’s now joined by another foundation member of the group, Cecil Spence better known as Skelly, who passed away in a clinic in New York on Friday 26th August. In an official statement featured on Israel Vibration’s Instagram page it says: “In the last few months he was doing therapy on his right hand and shoulder due to arthritis. Last week he was not feeling well and went to the hospital in New York where he just discovered he had an aggressive cancer with no possibility of treatment.”

Kingston, Jamaica, was the birthplace of the reggae harmony group Israel Vibration. After being affected by polio as child, Cecil “Skelly” Spence went on to form the three-part roots reggae group together with Lascelle “Wiss” Bulgin and Apple Gabriel.

Born in 1952, Cecil Spence was 12 years old when he became a member of the band Hot Lickers with whom he appeared on Jamaican television. In 1969, he was expelled from the Jamaican wheelchair basketball team after converting to Rastafarianism, a trait that all three players shared when they were eventually reunited. Spence and Craig met in Kingston and sought out Bulgin, who was working as a tailor at the time. They created a vocal group, with the name Israel Vibrates at first, which eventually evolved into Israel Vibration. In 1975, they attempted to establish a music career at Channel One Studios, but the song Bad Intention they produced there was never published. Their first release was the single Why Worry with Skelly as lead vocalist. The song was recorded at the Treasure Isle studio in 1976 and published on the Twelve Tribes label at the end of that same year. The rest is, as they say, history…

The unique voice of Skelly graced great classic roots reggae songs such as Why Worry, The Same Song, Highway Robbery, Payday, Perfect Love And Understanding, Strength Of My Life, On The Rock, Racial Discrimination, Red Eyes, Thank You Jah, Feelin’ Irie, and Livity In The Hood that were featured on more than 20 studio albums.

R.I.P. Cecil “Skelly” Spence, your music will live on forever!