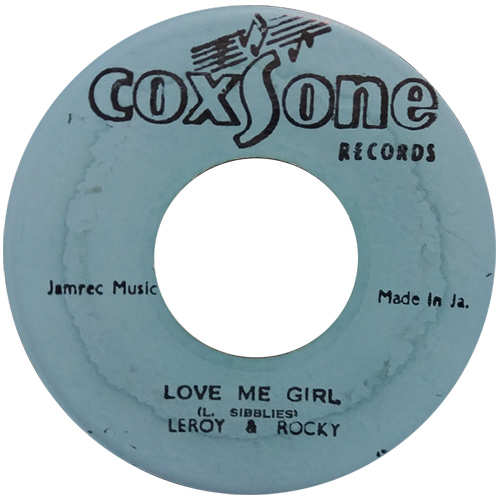 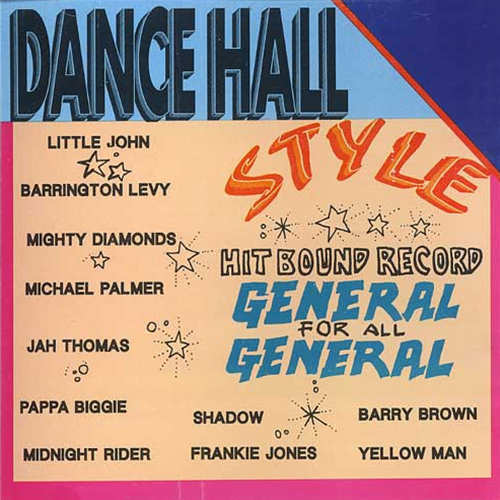 Once again we find the fantastic bass work of Leroy Sibbles behind another classic riddim – this time the wonderful Love Me Girl sung by Leroy together with that sadly under-recorded talent Anthony ‘Rocky’ Ellis.

This tune has been popular for years in the dance hall – unlike some riddims that come and then go quickly, Love Me Girl seems to have something, a staying power – although it’s not a big riddim like Heavenless or Never Let Go.

Usually when the riddim is played on sound tapes it is the original that gets played and not a cut, if not the first cut it’s the second cut by the Soul Vendors that uses the same title. Other cuts of the riddim on Studio One feature Roland Alphonso’s Shelly Belly on the horn cut, while Jackie Mittoo gives us the organ cut called Purple Heart.

Two vocal cuts of the riddim on Studio One are Wrong Doers from Sugar Minott and the superb Little Girl from Freddie McGregor – it’s really a shame he didn’t stick with the Dancehall style. He always sounded a lot more relaxed and at home in the style than the affected MOR style some people prefer him in.

The Love Me Girl riddim really got a big boost in 1984 when Channel One decided to release a whole series of ‘one riddim’ albums starting with Love Me Girl which they entitled General For All Generals and was issued in a smart 12″ disco sleeve with a nice done hand drawn label. To top it all, then even sold it a the price of a disco. This album more than any other really got the ball rolling as far as ‘one riddim’ albums are concerned. With this album the idea was at last taken seriously.

A lot to do with that was the quality of the personnel on the album – and the high standard of songs. It was a good mix of well-known artists – Barrington Levy, The Mighty Diamonds, Little John, with upcoming youth like Michael Palmer and Frankie Jones (in his Dancehall style). You also had unknowns like the Midnight Riders, a vocal group who had at least three albums ready for release at one time, and still we are waiting for one from them. Shadow, a deejay, and Papa Biggie, another deejay, and Jah Thomas is also present to add weight to the deejay side. And for a bonus you also get a instrumental cut. A nice finishing touch to a superb album.

Something else very well done is the Dance Hall Collection Vol 2 album released only in Japan it seems, on Tachyon. This album produced by the Pioneer Posse has four Ragga cuts of the riddim from Admiral Bailey, Phillip Fraser, King Kong, and that massive talent Icho Candy. Although it would be expensive to buy, anyone really into the Love Me Girl riddim should seek out this album, it will not disappoint.

In the early 1990s, ace producer Donovan Germain, in collaboration with Dave Kelly, reworked the riddim and produced a number of immortal licks on the riddim, including Buju’s Massa God World A Run and Garnet Silk with Lion Heart.