Glen Washington: From Then Till Now (The Interview) 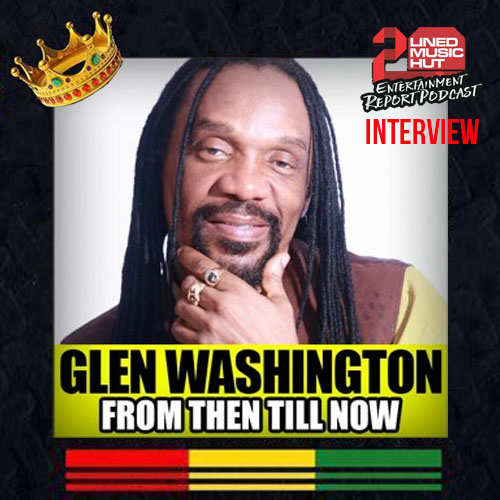 Glenroy Washington, better known as Glen Washington, is a Jamaican reggae singer, songwriter, drummer, and record producer who made his first hit record Rockers “Nu” Crackers in 1976 for Joe Gibbs and Errol T. He then did not grace the charts again until the release of the hit Kindness For Weakness in 1998.

Veteran singer, songwriter, and drummer Glen Washington pulled up to the Entertainment Report Podcast for a conversation about his lengthy career in the music business. Glen Washington spoke about meeting Joseph Hill (Culture) and forming the C35 Incorporated Band, Joseph Hill teaching him to play drums, a chance meeting with Stevie Wonder that changed his life, meeting and playing for Leroy Sibbles, touring the world with Shinehead as a drummer, touring with Gregory Isaacs, and Tony Screw from Downbeat introducing him to Clement Dodd from Studio One. Glen Washington also spoke about the Beres Hammond comparison, his first time meeting Dennis Brown, Freddie McGregor, and Bob Marley. He also gave us some insight into some of his biggest hits and the inspiration behind them.