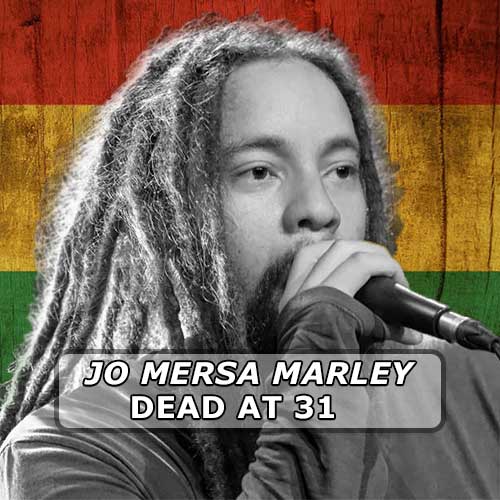 We are shocked by the news of the untimely death of Joseph “Jo Mersa” Marley, a very nice and humble person whom we met when he performed at Muziekgieterij in Maastricht on April 6, 2019. Jo Mersa, passed away on Tuesday, December 27, 2023, seemingly due to asthma-related conditions although the specifics surrounding his death are unclear.

As the eldest son of Stephen Marley and grandson of Bob Marley, Joseph “Jo Mersa” Marley grew up surrounded by music. By the time he was four years old, Jo was appearing onstage alongside his father, his uncle Ziggy and aunts Cedella and Sharon (aka Ziggy Marley and The Melody Makers) and their children as part of the group’s rousing concert finales with Jo often taking the mic and chanting the lyrics to the Melody Makers’ biggest songs, much to the delight of their audiences. Born in Kingston, Jamaica on March 12, 1991, Jo moved to Miami at age 11 where he keenly observed his father and his uncle Damian as they created music in Stephen’s Lion’s Den studio. Back then school was the priority for Jo; traveling with Ziggy and the Melody Makers was reserved for school breaks and summer vacations, yet those experiences provided first hand opportunities for Jo to expand his musical aspirations beyond the performance stage.

“I started making beats with MPCs (MIDI Production Center or Music Production Controller, a popular electronic musical instrument series) when I was about eleven but I wouldn’t save them properly,” Jo recalled in an interview in his father’s Miami studio. “Then when I was around 12 my cousins and I went on the Melody Makers’ Roots Rock tour. Uncle Ziggy bought my cousins an Apple laptop and we used the Garage Band software and made our beats on it; we recorded from the microphone, put on our headphones and that became our studio for a good three years. That is when my song writing started to get more focused and it even made my writing in school better because I started to take my words more seriously.”

The seriousness of Jo’s words is affirmed by the five tracks featured on his debut EP Comfortable released in Spring 2014 on the Marley family’s imprint Ghetto Youths International (GYI). Spanning pop, hip hop, EDM and dancehall influences, the Comfortable EP showcases deft lyrical skills, ranging from Jo’s speed deejaying recounting of experiences with insincere women on Bogus (gimme the real woman who nah bogus through the last name they run down Joseph) produced by his uncle Damian “Jr Gong” Marley, to his cleverly-rhymed detailing of a budding relationship contrasted by his sweetly sung hook on the title track.

Originally released in February 2013 on the GYI compilation Set Up Shop Volume 1, which topped the Billboard Reggae Album chart, the sleek electro-dancehall hybrid Comfortable and its accompanying video generated a strong response among music fans so it was chosen as the title track for Jo’s EP. Comfortable is also an apt description of Jo’s approach to music making. “We talked about it as a team, me, my father and my uncle Damian and “Comfortable” was just the most fitting name; the word works on many levels: I am just getting comfortable enough to give you a peace of my mind, comfortable enough so that I can open up and share my views, my thoughts and my heart,” Jo explained.

Like his father and grandfather, Joseph Marley is an avid football (soccer) player; he received his nickname Jo Mersa from famed Jamaican footballer Alan “Skill” Cole, a close friend of his grandfather. Joseph’s competitive football playing technique suggested to Skill the determination of a boxer in a ring so he started calling him Joe Mercer, referring to the UK boxer, and the nickname stuck. 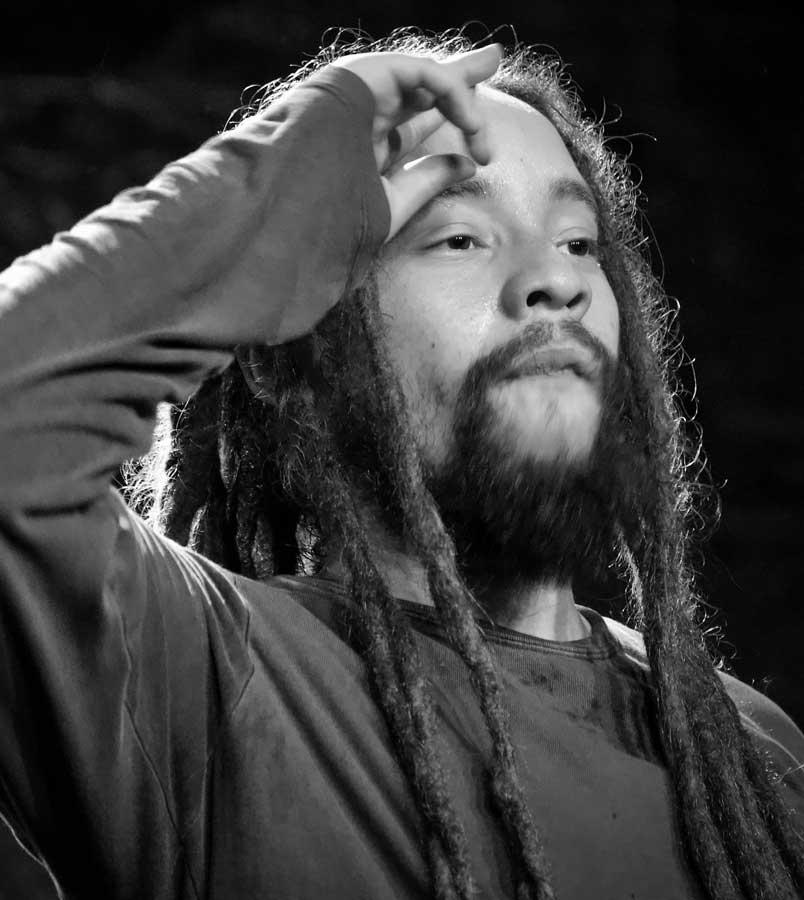 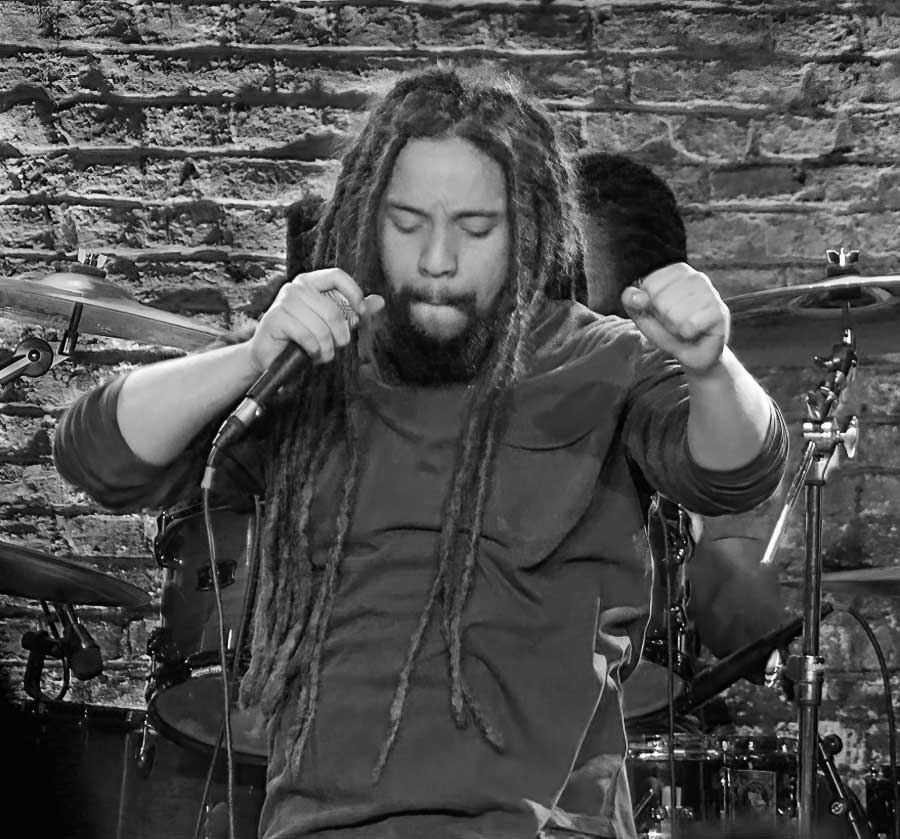 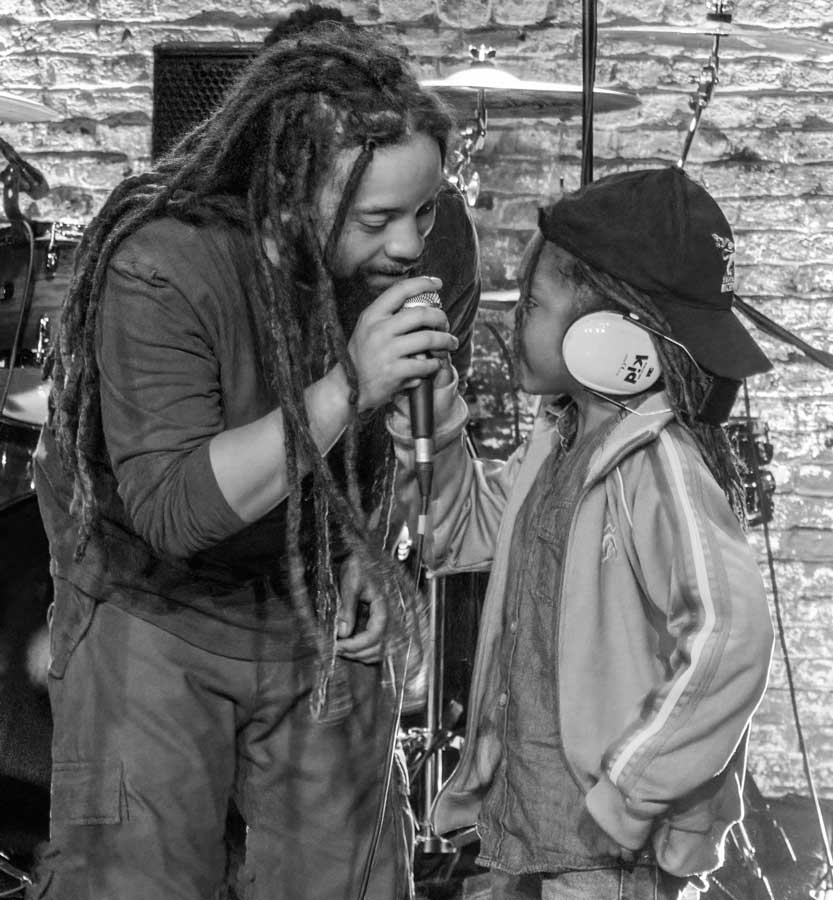 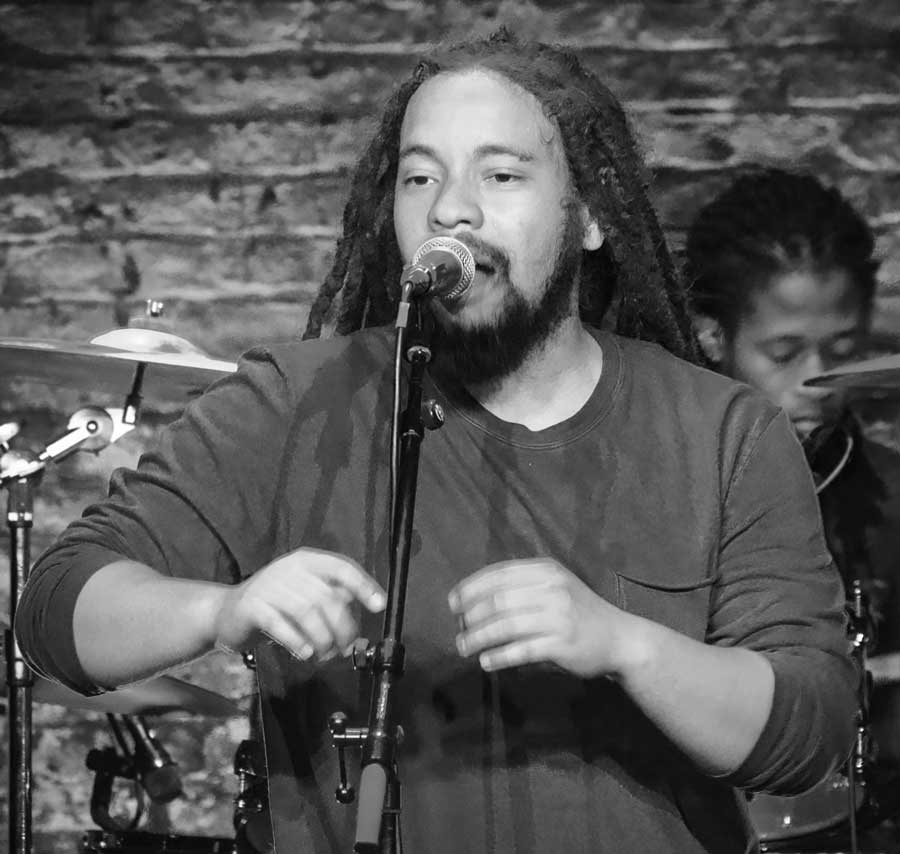 Jo also inherited his father and grandfather’s abundant musical talent and he has been greatly influenced by their accomplishments but the decision to pursue a career as an artist was completely his own. “My father left it up to me; when I grew up it was my choice which way I wanted to go. And from there he said ok, if that’s what you want to do, let’s see how motivated you are.”

A month prior to his 19th birthday, Jo’s first single My Girl, which he wrote when he was fourteen, was released on GYI featuring his cousin Daniel “Bambaata” Marley, Ziggy’s eldest son. Jo’s first solo effort Bad So, followed in November 2011. A dancehall/club jam, Bad So demonstrated his skillful deejay delivery coupled with humorous lyrical detail reminiscent of the iconic dancehall artists who have also had a profound impact on Jo’s artistic development, which can be heard throughout the Comfortable EP. “Shabba Ranks, Professor Nuts, Ninja Man, Admiral Bailey, Papa San, Super Cat, Spragga Benz, Cocoa Tea, Sizzla Kalongi, and so many other artists who came from the time when I was born, I used to sing back their music not knowing what they were talking about. I heard the melody, the word play, the rhymes before I started preeing (understanding) the lyrics deep and what they were saying,” Jo revealed. “So there is a lot of my personal experience in these love songs on “Comfortable”, how I view a lot of things with young women, telling stories, just like how dancehall was back in the day.” On the club friendly track Perfect 10 featuring Jemere Morgan (son of Gramps Morgan of the Jamaican-American reggae band Morgan Heritage), which Jo describes as a love story with a rude boy twist, his irresistibly witty flow presents the cure for his love interest’s broken heart: “the baldhead boy that likes to shine his head with Amaral made you sick of love so let me be your Panadol”. In the pursuit of exclusivity with a young lady on All To Me, Jo turns up the dancehall heat, offering a rapid-fire succession of compliments reminiscent of the comedic brilliance of the legendary Jamaican deejay Professor Nuts: “What is your secret? Mi know you no thief it, what a piece a body gal, me love how you keep it/wonder what your mother regularly a feed it?”

Jo came up with the melodic hook to Sunshine while singing to his baby sister Mia in an attempt to stop her crying. A detailed statement of intention towards the woman who continually brightens his life, Jo describes the song as the EP’s most intimate, as he nimbly rhymes over a bubbling dancehall rhythm embellished by gentle guitar strands: “you make me sing how you well comfortable, we go together like the bass and the treble/our lifestyle nah miserable so what’s next, the baby and the cradle?”

Each of the EP’s riddims (except for Bogus) were created by Jo, working alongside his father’s keyboard player Llamar “Riff Raff” Brown, with Stephen Marley handling the final productions. “From day one I have been hands on with my music but more of my hand is in my projects now because I have come a far way from where I started,” Jo reflected. “Riff Raff and I have a chemistry; if I hear something in my head, I tell him and he can play it back and add a little spice to it. We built the riddims but my father produced and finalized everything, he has magic ears, he knows if a track has too much of this or not enough of that or if it needs something else.”

In 2016, he released the hit single, Burn It Down, and it then lasted five year before he put out a second EP entitled Eternal.

Condolences to Jo Mersa Marley’s family and his friends.