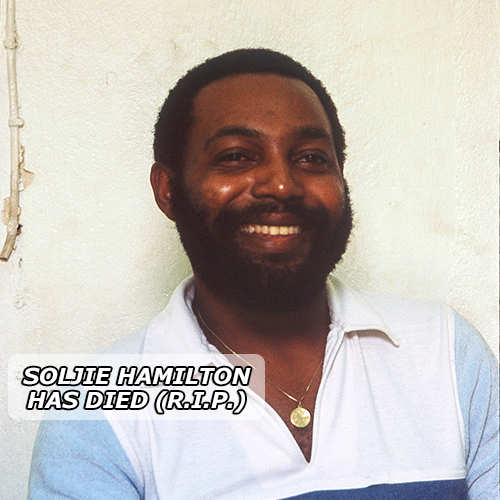 So sad to hear that veteran Jamaican engineer Cedrica Anthony Hamilton, better known as Soljie or Soldgie, has died. This is another great loss for reggae music. Here’s an interview with Soljie done by the late Tero Kaski and Pekka Vuorinen during their visit to Jamaica in 1983.

(Thanks to Pekka for allowing us to publish the following interview)

I started mixing about 1978, here at Channel One. I was working just with everybody, with every other producer, but not at a full scale at that time. I wasn’t recognised, until I was brought into the picture by really Sly & Robbie and other members of the Channel One staff such as Joseph Hookim and Ernest Hookim, the owners. From I invented the Taxi style, Sly & Robbie style, then I was recognised, and other people coming after the style.

I’m employed by Channel One, Scientist is also. A lot of people – within ourselves, me and Scientist – really don’t look at it as competitive. But other people – producers – look at it that way. If you are dealing with it on a competitive basis, you always try to put out your best, but from ever since, from I’ve been going to school, I’ve always tried to put out my best even on my schoolwork. Growing up and working for myself and realising about life I always try to do my best. But I find to work with Scientist is quite OK, no problem at all with him.

There’s an LP that comes out, recorded by Soljie but mixed by Scientist. Probably I’m not around to do some of the mixes. In the business is just us two engineers that they talk about abroad, so if it’s not Soljie it must be Scientist. So, they have to put those two strongholds in it. Sometimes tracks are laid by Scientist and mixed by Soljie. To me, Bunny Tom Tom is a far more recognised engineer than I am. Bunny taught me the job. Bunny taught me everything about operating the console. I respect him quite a lot.

Number one: it has a lot to do with the equipment that you have to work with. And again: the engineer. Provided you know the sound that you want and you have the equipment to really get the sound that you want, you get it. You might not have, like abroad – foreign – you have any amount of equipment you want. Jamaica you are not… we aren’t well equiped but we can listen to things in other records that are mixed abroad and we can get as close to it as we want. The engineers have a lot to do with the sounds that we get here. A lot of hard work, thinking, and experimenting.

The musicians have a lot to do with your recording. Having the musicians that are capable, musicians that – when they play know what they play – there’s nothing loose about what they’re playing. I’ve worked with Sly & Robbie. Being their engineer locally, I know the exact sound that they want. From their coming and recording and mixing they just leave it up to me. And when they feel they want something extra they might come in and say “Soljie, I think you should try this”. 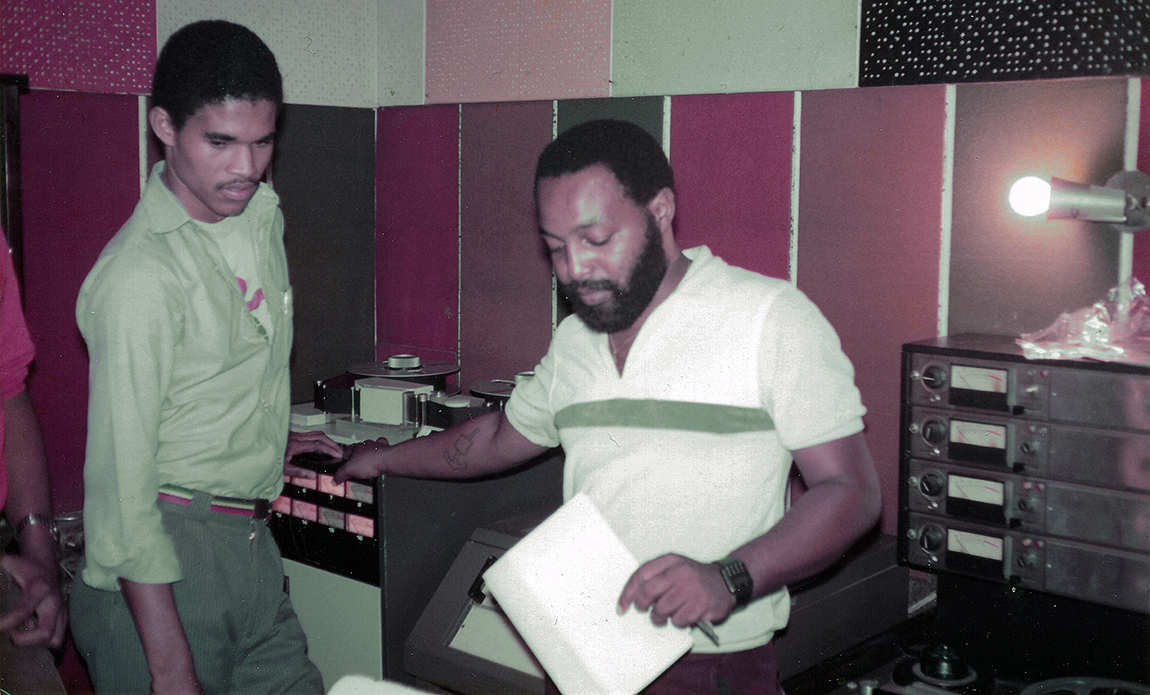 Soljie at Channel One – 1983 (Photo courtesy of Pekka Vuorinen)

I was a member of the Jamaican Defence Force. That time, being in the army, I used to come down to Channel One, I studied a lot of audio magazines about consoles and all that. The owner of Channel One came in one day and I said, “I like to know how to operate a console”. He said, “You know anything about consoles?” I said, “I’ve read about them and I think that if I in the studio can look around and see what’s going on, then I can pick up, cause I’m somebody who is easy to learn anything at all.” They said, “O.K.” And eventually I left the army, and straight from I left the army on Thursday evening I started working Friday morning at Channel One.

Our sincere condolences to the family and his friends.