Everton Blender: From Then Till Now (The Interview) 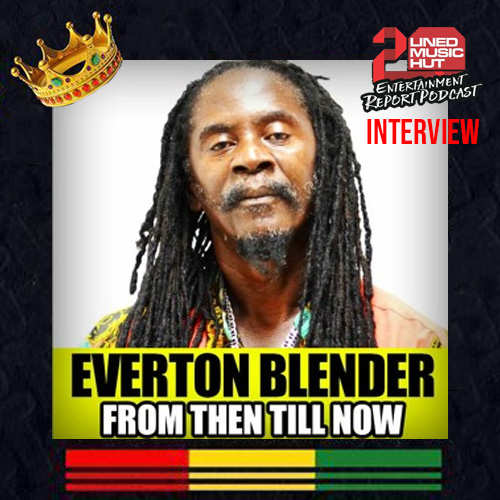 Everton Blender (born Everton Dennis Williams in Clarendon, Jamaica) is known for his smooth, crooning, tenor vocals, up-tempo arrangements, and spiritually uplifting themes, successfully bridging the gap between roots reggae and dancehall. In the 1980s, he failed to achieve commercial success and withdrew from the music business, returning to his trade as a house painter. Blender returned to music in the early 1990s and became one of the most prominent singers in the mid 1990s return to ‘cultural’ reggae along with the likes of Garnett Silk and Luciano.

Legendary Reggae singer, songwriter and producer Everton Blender pulled up to the Entertainment Report Podcast for a great conversation about his lengthy career. Everton Blender spoke about growing up between Kingston and Clarendon, being inspired by Dennis Brown, his friendship with Dillinger, recording hits for Star Trail Records and Black Scorpio Records, Garnett Silk introducing him to Start Trail Records and an encounter with Nicodemus that prompted him change his name to Everton Blender. Everton Blender also spoke about recording his smash hit ‘Ghetto People Song’ for Tony Rebel’s Flames Productions, French Montana sampling it and the problems that arose.  (Interview by kind permission of 2linedmusichut.com)

Lift Up Your Head