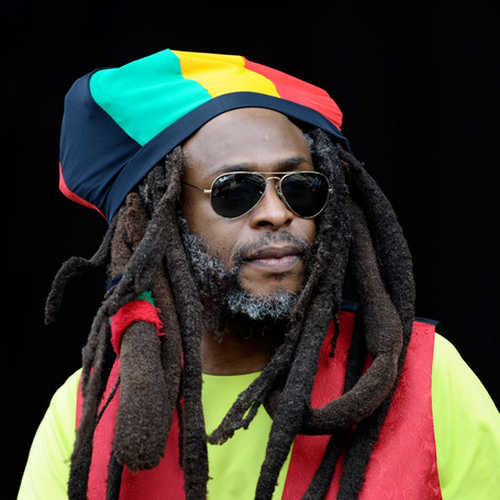 With a signature sound and an inimitable style, roots reggae band Steel Pulse has been stirring social and political consciousness worldwide for more than forty years. Since forming in 1975 at the Handsworth Wood Boys School, in Birmingham, England, Steel Pulse frontman David Hinds has never shied from an opportunity to share his strongly held beliefs on society, politics, and the biggest problems confronting the world.

The day before headlining this year’s 7th Annual Reggae on the Mountain in Topanga Canyon, California (on July 23-24, 2016), Hinds generously sat down backstage with me for a scintillating 15 minute interview covering Bob Marley, Donald Trump and the political climate in the United States, gun violence and racism in the American criminal justice system, the lack of consciousness in the reggae music produced today, and the importance of professionalism. 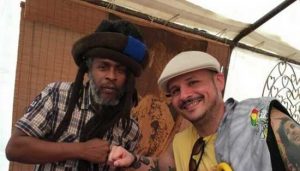 REMEMBERING BOB MARLEY
“What I miss most about Bob Marley,” Hinds said, “is his professionalism and his seriousness.” Hinds stressed that Marley’s music has timeless appeal because so much of Marley’s songbook is infused with political and social consciousness. “Marley’s music was about raising awareness of the downpressed throughout the world,” Hinds said, “and raising the people up.”

THE DUMBING DOWN OF REGGAE MUSIC TO TURN A PROFIT
A major problem in the reggae music industry in both Jamaica and in the U.K. is that artists “know music,” but, “they don’t know the music business,” Hinds said.

Hinds decried a system where, due to a lack of experience and an understandable eagerness to succeed, emerging reggae musicians are often cheated out of their full share of royalties that are reaped from the music they create. The situation was improving though, Hinds said, as more and more programs exist in Jamaica and the U.K. to train new reggae artists about the music industry, the minutiae of recording contracts, and how to maximize the value of their work.

In discussing new reggae being produced today, Hinds voiced his concern about the rise of “homophobic” lyrics: “It’s wrong,” he said, “when [artists] get a pat on the back” and “more money” for lyrics that demean the lesbian and gay community. As he did when talking about his memories of Bob Marley, Hinds stressed that reggae musicians all over the world have a duty to act with professionalism.

Relatedly, Hinds said he was “disappointed” about the series of events leading to the conviction and incarceration of dancehall sensation Buju Banton on cocaine conspiracy charges. He concluded: “Well, I guess Buju has something like a year to go [in jail], and I just hope when he comes out, he can spread positive lessons.”

RACISM IN THE AMERICAN CRIMINAL JUSTICE SYSTEM
Without referencing Banton’s case specifically, Hinds said he disagreed strongly with several aspects of the American criminal justice system, in particular, several hot-button issues that affect Californians (his audience for Reggae on the Mountain where he would rock the house the next day).

For example, Hinds said he thought the death penalty – which Californians will be voting on whether to “speed up” or whether to abolish (and replace with life without the possibility of parole) on November 8 – is wrong because, “the killing of any human being is wrong; it doesn’t matter who does it.”

Hinds noted that capital punishment and other draconian sentencing laws in California like “three strikes” have disproportionately (and unjustly) affected minorities. 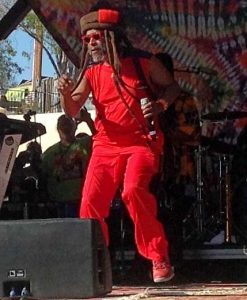 GUNS IN AMERICA
Hinds said all the gun violence in America “needs to stop,” citing specifically, “you know, what happened on December 14, 2012,” with the fatal shooting of 20 children at Sandy Hook Elementary School. Like with homophobia, Hinds said he was troubled that the reggae music business rewards artists for glorifying guns and gun violence, and cautioned (harkening back to his love and respect for Bob Marley) that reggae musicians “must remain professional.”

ON DONALD TRUMP AND POLITICS IN THE UNITED STATES
When asked about his views on the current political climate in the United States, Hinds said it was like a “comedy show.”

Then, after a moment of stoic reflection, Hinds laughed raucously – like a fierce (Rasta) lion might – at my suggestion that “Crazy Baldheads” may be just as apt.