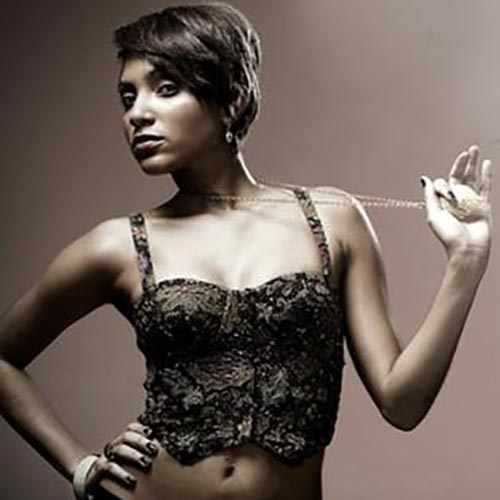 Naomi Cowan; a multi-disciplinary artist, has worked in the spotlight & behind the scenes as a vocalist, songwriter, media producer & television presenter for over 10 years. She was raised in the entertainment industry under the mentorship of her parents; impresario Tommy Cowan, OD and vocalist Dr. Carlene Davis-Cowan, OD. Tommy Cowan is well known for his involvement in Bob Marley’s career. Her mother, Carlene Davis a Canadian-Jamaican who is recognized by the music industry for her international success as a vocalist and community builder.

A former Miss Teen Jamaica; Naomi is well-known for her infectious personality as a TV presenter. Naomi is continuing her musical journey by releasing a tribute to reggae music with ‘Things You Say You Love’ originally performed by The Jamaicans an award-winning rocketed quartet from the 60’s. 2017 marks the 50th year since the release of this iconic reggae song.

When did you start recording / performing your music?
I’ve been performing my entire life from as early as age 8/9 when I would do charity performances with Rosina Moder Ashburne. Been in the studio as well since about age 9/10 mostly featured on my mom’s music. In terms of recording my own original music, I would say 2013. That is when I decided I wanted to share my music with the world and Use my Voice in this way.

Tell us a bit about your new release, “Things You Say You Love.”
Wow this release is an honour and a privilege. When I decided to focus on recording reggae music in March of 2015, I knew that legacy was going to play an important role in having a significant impact on the world. So when I got paired with Mark Pelli (of the band Magic!) – I brainstormed hardcore on what would not only benefit me, but what would make his creative juices come to life. So I looked into my dad’s old catalogue of music and this one struck gold! Especially because UB40 also covered it in 2004. Things You Say You Love, has been described by many reggae veterans as one of the best rocksteady tunes with the best bass line in history! (Ask Sly Dunbar ) – so for me this release is more than a cover, its a tribute to the Cowan legacy and to the legacy that Jamaica and Reggae has left on the world when Reggae music came alive in the 1960s-70s. Furthermore, my dear friend Donisha Prendergast, granddaughter of Bob Marley agreed to help with putting together the video for this song which makes it an even BIGGER legacy project! My dad & Bob Marley were close friends and they worked together, so it meant so much to me that she came on-board. With all that said – I am overwhelmed with gratitude and I hope people love the project.

Can you describe your musical style, and how it is unique?
Well let’s start with my voice! I always ran away from the music microphone because I felt that I didn’t have a typical/traditional ‘black girls’ voice but the more I started singing in small spaces the more I realized how unique it is! I grew up thinking my voice was ‘too white’ but NOW I absolutely love it! I have a bit of a pop voice, mixed with some Alicia Keys rasp and power with the soul of Lauryn Hill & Corinne Bailey Rae! haha at least so I’ve heard. My musical style – can be described in one word…’refreshing.’ Whenever I write, I like to envision how a crowd would respond to a live performance – I think about the physical experience of a song every time I write. So my music, it’s reggae-pop, yes, but there’s an element of unity, joy, refreshment & peace at the foundation of it. Every lyric I write, I think to myself ‘what is this going to bring out of someone’s heart when they listen to it?’ 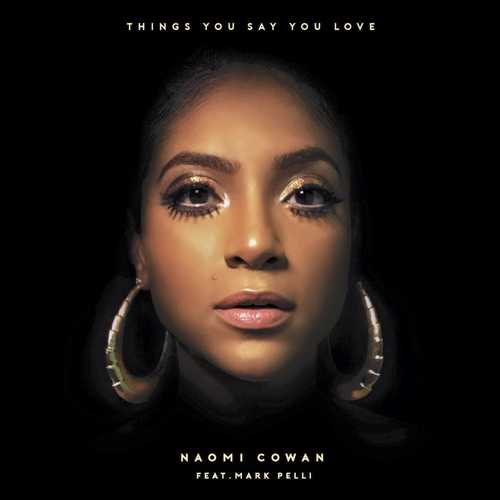 Do you have any new projects with specific artists or producers that you’d like to mention?
Ah! Not yet! I am partnering up to write with some fantastic people who have influenced me. But for now I’d like to say THANK YOU! to Mark Pelli, my Parents, my siblings, Jason Panton who helped with the creative direction of the project, Donisha Prendergast who directed my music video.

a) Check out the hashtag #NaomiSings on Instagram & Facebook – where you’ll see all my musical videos over the past 3-4yrs.

b) I would love for people to know that it’s OK to #USEYOURVOICE – my fave new thing. No matter what you’re called to do in this world, you have a voice, and people need to hear it. Doesn’t have to be music or art – but be sure to use your voice wherever you go.