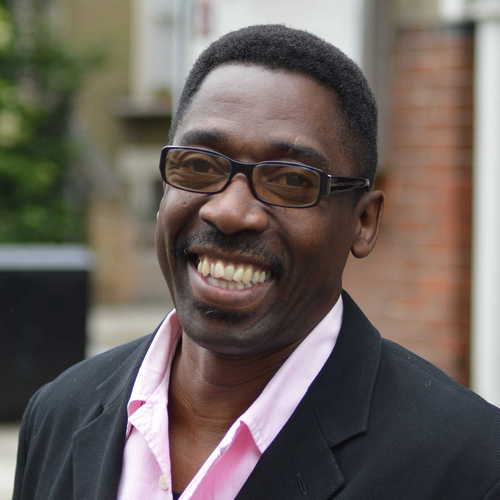 “BLACK SLATE – SLATED FOR THE FUTURE”

Where: Antigua / California (by phone)

When a Roots Reggae connoisseur ponders on the beautiful music scape of British Reggae, numerous names will come to full attention. Bands like Misty In Roots, Matumbi, Black Roots, Steel Pulse and Aswad come to mind. Then, there’s BLACK SLATE. The third oldest successful Reggae unit to lay the foundation for so many artists, this multi-layered outfit has been topping the charts and our Hearts since the mid 1970s. Their timeless albums are revered as classics and their message is as relevant now as it was decades ago.

The world can be thrilled again as the core members have reunited! A sensational new album, “Midnight,” has been released, and Black Slate is kicking off a world tour on November 23, 2013, in Miami, Florida, at The 4th Annual Miami Reggae Festival (One Love NutriFest, organized by Rockers Movement, www.RockersMovement.com, an organization that is helping people in poverty in Dade County, Florida).

“BLACK SLATE – SLATED FOR THE FUTURE”

Robert “Higherman” Heilman recently talked with co-founder, bandleader and keyboardist Anthony “Pure Silk” Brightly by phone from this legend’s residence in Antigua. A perfect insight into the past, present and future of one of Reggae Music’s most enduring and talented ensembles. Special thanks and respect to Nan Lewis and Johan Livens, partners, Entertainment Works (www.Entertainment-Works.biz), an agency that has been promoting Reggae music and its makers since 1989. Maximum raspect to Teacher and Mr. T. of Reggae Vibes Productions NL, whose good works keep the Reggae fire burning…

Anthony, what prompted you to reunite Black Slate after so many years? This is incredible news!
Well, we always said we would come back as long as people enjoyed our music. There were many reasons why we stopped performing. We realized the music should be about pleasure and not business. We began as teenagers and we six guys worked together seven days a week. Then life began in a different direction; some of us had kids and so forth. Nothing unfriendly; just took a different direction.

We were doing a 1982-1983 tour of New Zealand and did 12 shows in 14 days. This was a back breaker for us! Magazines, TV and Radio all wanted to talk to us and we never regained full strength. We were weary and just weren’t prepared. We had a choice of touring the U.S. with The Police or tour New Zealand. Didn’t know how much that would have changed our lives (laughs). At the end of the tour, everyone went separate ways – Hawaii, San Francisco, Jamaica. Keith Drummond (lead singer) left for a solo career. Cledwyn Rogers (riddim guitar) went off. Desmond Mahoney (drums), Chris Hanson (lead guitar), and I owned the masters. Desmond travelled; I continued as a producer, and Chris went on to Music House (one of U.K’s biggest music distributors). (Note: Anthony, Chris and Desmond are the reunited core). We always said we would come back at the right time.

Your new release, “Midnight,” is magnificent and full of social observations. This album has style! Can you tell us about it?
Desmond really started the process. We recorded the album about two or three years ago and thought it was a bit premature. I played “Brutality” to my son and he said, “That’s what’s going on right now!” So, we wrote “Midnight” into our life. Going back on the road is a few years in the making. 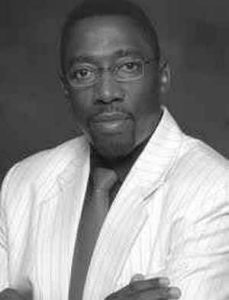 How did vocalist Jesse Brade and other new members come into the picture?
Well, Dennis Pinnock (great U.K. singer) did the vocals on “Midnight.” We’re all producers; all one with Black Slate. We record younger singers, and have always had different singers imported into the band. Way back, we produced Pablo Gad’s “Hard Times” (one of the hardest Roots albums ever). We did that before “Amigo” (the 1980 monster hit that hit #9 on U.K. charts).

You kick off your 2013-14 World Tour in Miami with Midnite, Tiken Jah Fakoly and Carroll Thompson in a few weeks. What other regions will Black Slate be travelling to?
Miami is our anchor show. Everyone’s waiting to see what happens. At the moment, we’ve got dates in U.S. and Europe. We’re going to give Miami 30 years of British Reggae – old and new material! We invited Carroll Thompson (U.K. Lover’s Rock sensation) to come along to give the fans more. We’re going to see the response and take it from there. Very exciting…

So what’s the difference between British and Jamaican Reggae?
British Reggae is more progressive, more in your face. When we were a backing band, we had to “hold it” – hold the vibe. I have a lot of energy; I walk fast (laughs). We do respect Jamaican style. We just recorded “Help Me Sing Redemption Song” (tribute to Bob Marley). I met Bob when I was 11 years old and it changed my life. I saw a poster of Bob and I travelled to a place called Newmarket and listened to “Catch A Fire” album for ten hours. Two weeks later, my dad put me on stage as Bob was finishing a show and he shook my hand. My wife found a picture of me standing by his keyboardist and said he looked just like me. This was about 1971. A year later, I was in the studio. When we started, we played a lot of Bob’s music – “Concrete Jungle,” “Roadblock,” and “Get Up Stand Up.” We had a lot of energy. That’s the foundation of what we came from. We rehearsed every day…

A few months ago, I reviewed the great single, “World Citizenship,” produced by Unit 8’s Byron Mitchell. It had a different line-up that included original bassie Ras Elroy Bailey. Can you clear the air?
Well, it’s all one Black Slate; no differential. 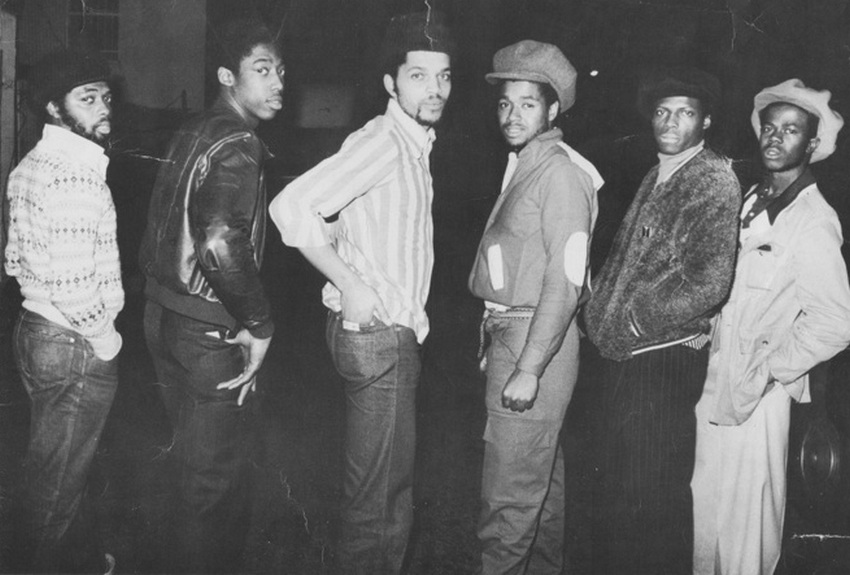 I know you’ve produced a lot of artists over the years. If I recall, you produced some Ken Boothe songs?
Yes, I produced two Ken Boothe tracks.

Going back a few decades, Black Slate started in small clubs like The Four Aces in Dalston. Soon after, you were backing visiting legends like Ken Boothe and the late Dennis Emmanuel Brown and Delroy Wilson. When did create your own definitive sound?
This was about 1975-76.

“Sticks Man” was your first significant hit?
Yes. At that time, I was also a DJ. The song started as a dubplate; it was an instrumental with some melodica in it. I remember going to a club with my school uniform and being told I was too young. So, I went back into the studio to record it. Revenge to get at the people who thought I was too young (laughs). We had a soundclash – they came with “Black Skin Boys” by 15-16-17 and I came with “Suzy Wong” and then “Sticks Man.” That bassline tore through the place and soon became a sound system anthem. Ras Elroy Bailey said, “You’ve got a record; you’ve got to release it!” The rest is history. 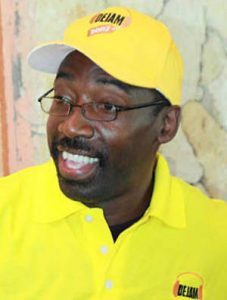 After your self titled debut album, Black Slate came forth with further classics like “Amigo,” “Sirens In The City,” “Ogima”(Dub set of Amigo) and “Six Plus One.” Which album was the last with the foundation lineup?
“Sirens In The City.” That was the album we were promoting in New Zealand. The thing about is in London all you hear are sirens. Those tracks are reality in these times. Relevant times. New songs like “Incidents” go through. “Wiser Than Before” is current. There’s sirens in every city. Blows my mind!

This year, Big Break Records released a compilation of your works called “Amigo.” How do you feel about this?
As long as people want our music, it’s good. We’re re-releasing our entire catalogue. We’re recording a new album to be released next year (with Ghetto Priest on two tracks). We just recorded a new song, “Lions Den,” and chills went down our spines simultaneously. 50% of youths aged 14-30 are in prison. Just carted away as in slavery, disappeared from Earth! The slave ships are the police and they just keep going. It’s international.

Any other mentions you have, Anthony?
One of our missions is PROMPT. Purpose/Respect/Obedience/Manners/Punctuality/Training. The charity trustees are Black Slate members. We had a school for 9 years, but I moved to Antigua to school my kids. My kids have left so I can go on the road (laughs).

Besides yourselves, who do you see truthfully keeping the Reggae flame burning?
Reggae Music is bigger than any artist. Reggae is culture, not fashion. Been “touched” by Reggae, and then you becoming a part of it. Reggae belongs to the people. Generations and generations belong to Reggae. Back before the internet, people would go town to town because of the music. We would go to Sweden with no club dates and then someone would come up and give us a venue to perform. In Belgium, they would find you. Reggae is a movement; a tidal wave. I remember being in Nuremberg seeing 30,000 people. How can I claim it? I am just happy to be a part of Reggae…

Anthony, it’s been an honor and pleasure!
Thank you, it’s been great!