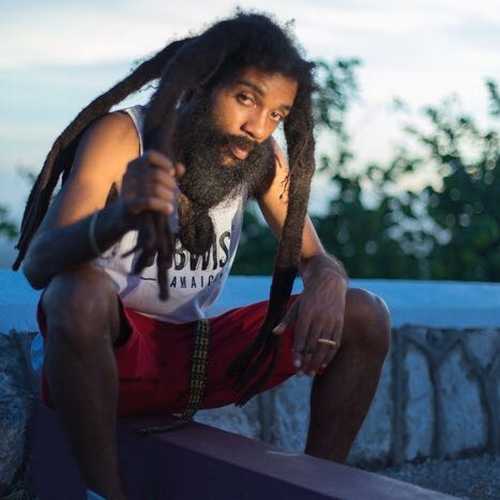 I’m [at the Ninth Annual California Roots Music and Arts Festival] speaking with Yaadcore, DJ for [reggae artist] Protoje and a founder of the “Dubwise” movement. Thank you for talking with me. Could you please briefly introduce yourself and say a little about your career in reggae music? If you were going to tell someone who is Yaadcore, and how you started in [reggae] music, what would you say?
Alright, well, Yaadcore got involved in the music because my father had a sound system, “Love People [International]”.

Where was that sound system?
In Mandeville, Jamaica. So, one of the selectors taught me how to mix and my musical journey started there. And then, through spiritual transition of myself, that came out through the music, I decided not to play the regular “party” music and so forth.

Respect. What you’re saying is, and what I have read about you is, you started your [“Dubwise”] movement to play more conscious reggae. And I believe you were one of the first DJs in Jamaica to play music from the newer [young reggae] bands dubbed by Jamaican writer Dutty Bookman as being part of the “reggae revival.” Of course, I’ve heard artists [who’ve been labeled as being part of that movement] like Raging Fyah say, “call us whatever you want, we’re just another generation singing conscious rasta[-infused], roots reggae music.” And taking it away from the dancehall slackness. Not that all dancehall is bad.
True [nodding head].

Because there is conscious dancehall music.
True.

I’ve asked this same question to a lot of people from Jamaica: Why isn’t reggae music played more frequently on the radio in Jamaica – conscious roots reggae music – like you’ve been playing and started a movement to play more of? Why hasn’t that been embraced more by radio stations in Jamaica?
Because the whole world is governed by good and bad, you know. And the people who are running the system, and running the world, are mostly on the bad side. So when you see reggae music is promoting consciousness – that would highlight their folly deeds and all of those things – it’s really hard for them to give it fully the support that it should get, you know? So it’s just there. And they know they haffi deal with it. Just like we haffi deal with everything that comes in life, you know?

For sure. You have some [radio] outlets [in Jamaica], correct me if I’m wrong, like [the radio station] Irie FM, that do play roots reggae music on the regular?
Yeah dem play reggae music, yes, but it’s not like it’s being promoted on the level [where] they say this is the music you should be listening to to get a more conscious meditation, you know? [The thinking is:] “[l]et us not play certain music on the radio because it will influence certain people a certain way.” Even if it is edited as they would call it.

The government in Jamaica, the politicians, they do every now and then, in name, you see them, for example, on International Reggae Day, they will say, “reggae music is great.”
Yeah, because mi say, they can’t turn their back on it fully. And deep down they love it. Because it’s part of our culture as well. So, as mi say, they just aren’t going to give the full support to it it’s supposed to get.

[Changing the subject:] [h]ow is it that you know [the Grammy-nominated reggae band] Raging Fyah? And, how far does your relationship go back?
Well, me and [Raging Fyah’s lead vocalist] Kumar [Bent] went to school together; we went to high school together, actually. So that goes back to about the year 2000 where we started – where I started high school. He was a year ahead of me.

How did you get together with him and the [rest of the Raging Fyah] band later [in 2016] to do the [official] video for “Milk and Honey”?
My friend was the one who actually directed that video, so, you know, I was just on the shoot as well as my son who is in the video as well. And, just natural vibes.

https://www.youtube.com/watch?v=DN9j0frIhmo
https://www.youtube.com/watch?v=is3rLzlyAWQ
And now [, in addition to his role in the “Milk and Honey” video a few years ago,] he’s also starring in the [official] video for Raging Fyah’s newly released track “Rebel,” which will be on the band’s new album [“Coming in Hot”]. Is Streme also very much into music like his father?
Yes, but not as much yet. You know, he’s more into football now.

Like many youngsters his age.
Like myself. I wish I had paid more attention to music at a younger age.

Yeah?
But everything happens in the right time, you know.

All the kids in school must think he’s the coolest thing ever, huh? I mean he’s starred in two official Raging Fyah videos already and he’s only 10! Because he’s so young, does he realize how big of a stage he’s on with these videos? Does he understand the magnitude of this?
Well I think he realizes, but he’s humble about it. And chill about it.

I understand that some of the footage for the video for “Rebel” was shot in “Life Yard.” True?
Yes.

Is that the footage at the end of the video – where all the children are dancing [and some are playing the flute] while Streme plays guitar?
Yes. And all the walk-in shots as well, where you see all the murals and stuff. 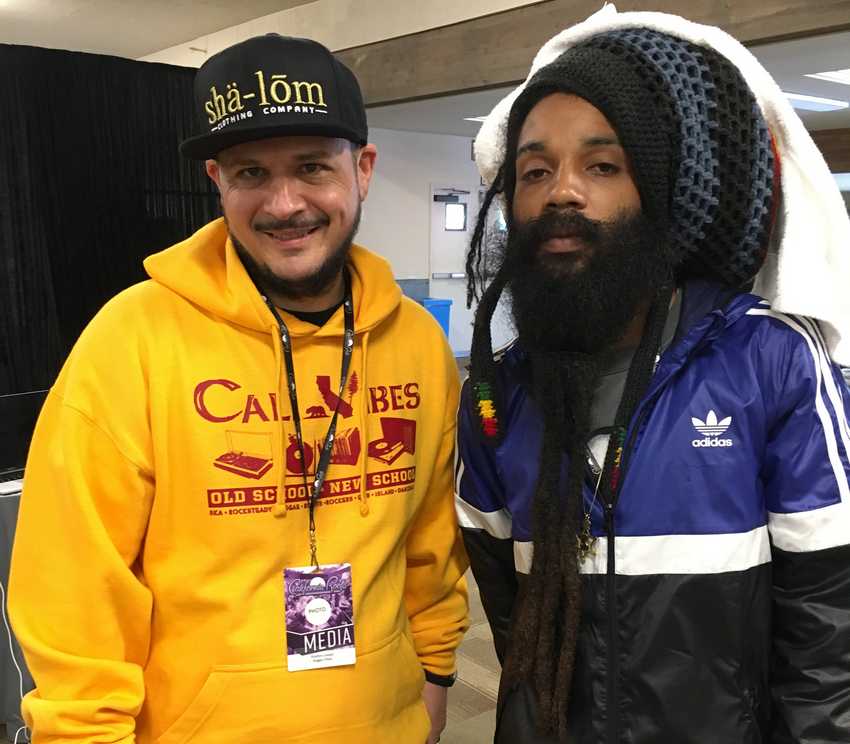 And I understand that Life Yard is a community-run organization in Kingston, Jamaica, for Rastafari to come and [participate] in cultural things, educational programs, and so forth. Can you say a bit more about what Life Yard is?
Life Yard is a facility, a platform, where youths – not only Rastafari – but youths inna the university, as well as youths inna the inner-city, can have a likkle safe space where they are exposed to different kinds of musical instruments. Just a positive vibration. Life Yard is all about spreading positive vibes in the inner-city that they’re surrounded by. To create a platform for di youths coming up to see [life] in a more positive vibration.