Interview with Mike B of Akashic Records 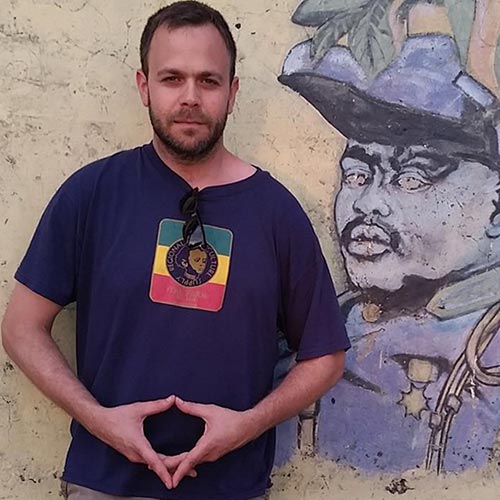 Akashic Records is a roots reggae & dub record label based in Atlanta, GA. The label began with the mission of spreading Rastafari teachings & vibrations to the world. Mike B., who has been a reggae collector, selector & activist for 20+ years, runs the label.

When did you start recording / producing your music?
I started Akashic Records in 2014. I’ve been listening, collecting, and selecting roots and dub music since 1994. I’ve gone through an evolution of being a fan, to a promoter, to an organizer and activist, and now a label and record shop / international distribution company through I-Roots Records.

Tell us a bit about your new releases, “Stability” by Akae Beka and “Walk With Jah” by Fikir Amlak.
This is a special project for me and for Akashic Records. “Stability” and “Walk With Jah” are both on the “Crucial” rhythm by Noel Zebulon. Noel is a legend in UK Sound. I don’t know what year “Crucial” was originally built, but there is video of Jah Shaka playing it in the late ’80s / early ’90s. At that time it was a dubplate only given to a few sounds. For Shaka it became an anthem. Noel built multiple versions of “Crucial” over the years. I first heard the version we used in a dubplate pack that Hands and Hearts shared with me, it was recorded at Ten Strings Studio. I loved the rhythm and felt it would be magical with some singers on it. I asked Hands and Hearts if this would be possible and there was a council meeting to discuss it. The answer came back that yes I could work with it – I knew this was an honor. We circulated the rhythm to some singers we were working with. Fred Locks, Prince Alla, Idren Natural, Yasus Afari and Fikir Amlak all voiced it. One night Fikir called me and said Akae Beka was going into the studio and was willing to voice for us – so we voiced him. All the vocals went back to Hands and Hearts and into the studio for mixing with Ras Muffet. The bredrin worked hard and we were all happy with the results. The “Crucial” rhythm projects have been some of our most popular dubplates and have had repeated requests for release. Finally we decided to press the Akae Beka and Fikir Amlak versions on 10” vinyl. As with all of our releases, we asked Zojak to do the digital distribution. 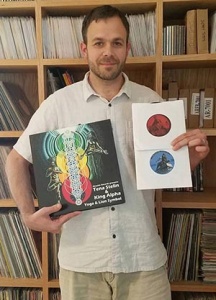 Can you describe your musical style, and how it is unique?
I grew up listening to roots reggae – the classic Jamaican groups from the ’70s and ’80s and beyond. I was inspired by the message and philosophy of Rastafari – it shaped my life. About 15 years ago, a friend opened the door to the UK roots and dub world. For me this was a revelation. I was aware that UK artists like Twinkle Brothers and Jah Shaka were putting out music, but now the light went on and shined brightly. I saw the unbroken lineage of Rastafari music from Jamaica in the 1970s to modern UK Dub. I saw the importance of sound system and how the music can be used as a vehicle for social transformation and liberation. This is what informs my production and musical activities – music as an agent of social change. I release both traditional roots music and UK Dub / Sound System Dub – I see them all as part of the continuum of conscious Rastafari music.

Do you have any new projects with specific artists or producers that you’d like to mention?
Yes, I have albums in the works with Fred Locks, Tenastelin, Ras Amlak, King Alpha and Fikir Amlak. I have a strong body of work with Ras Muffet and Brizion that I’d like to release more of. I’m excited about our new partnership with Go A Chant. Our new album “Bless The Place” is getting really positive reviews and I’d like to continue the collaboration. I’ve also recently started working with Dre Z, Joshua Hales, and Tree of Dub – all of which I am excited about. Finally, Akashic Records has recently gotten involved in supporting Fikir Amlak & King Alpha in their European touring. We’re looking to use this as a blueprint for more international touring and for supporting more artists in the future.

Anything else you’d like to tell the people?
Thank you to the roots and dub community for your support. The positive responses we get are a big strength and truly nourishing. We have a lot more music and media coming and would like to keep expanding our community. The message I’d like to leave people with is to listen to your inner voice and have the courage to follow what it says – doing this is what led me to start the label.