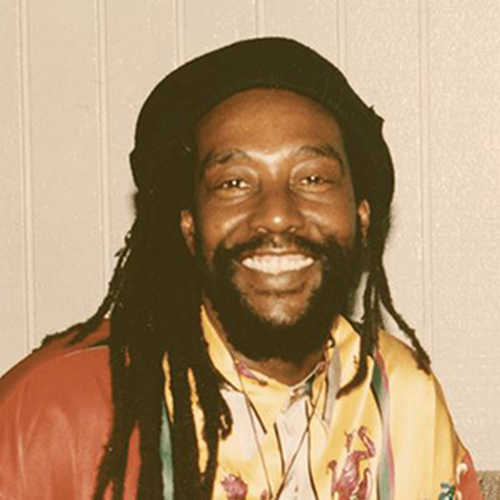 On Saturday 19 December 2015, Peter Broggs died at age 61. At the moment the cause of his death is unknown. Here’s the story of Peter Broggs as told by himself.

“I was born a humble man in 1954 in Hanover, Westmoreland – a small, peaceful area of the Jamaican countryside. It was here that I started to sing for myself – outside, surrounded by nature. Otis Redding was my favourite singer and I loved his song “I Got Dreams To Remember”, I stayed in the countryside until I was 17, then moved to Kingston where I shared a tiny rotten shack near the general penitentiary with my brother, and got a job in a factory. When you’re a young Jamaican and you’re smack bang in in the middle of the countryside, nothing happens and you have only one desire – to leave and do something with your life. So, after a while, you head for the towns, where you can try and make things happen. And that’s what I did.”

“But when I first arrived in Kingston, I stopped singing. Too many people, too much noise everywhere – I felt intimidated. Gradually, over time, I started singing again – in the morning, on the way to work and in the evening on the way home. Then, after a while, I started singing at work and it was there I wrote my first two songs, ‘Vank Out’ and ‘African Sister’. I started to grow my dreads – it was the beginning of te 1970s and I had begun to mix with the Rasta community. We’d sit together around the fire in the ghetto, smoking herb in the chalice, and talking about God, about Jah Rastafari, the Almighty. We reasoned, read passages from the Bible and evoked our African roots. We were reviving our culture. It was there I realised I’d always been a Rasta. I just needed the spark that would reveal this to me. All those evenings spent with the old Rastas gave me the key, I began to understand who I was and what spiritual voice I should follow.” 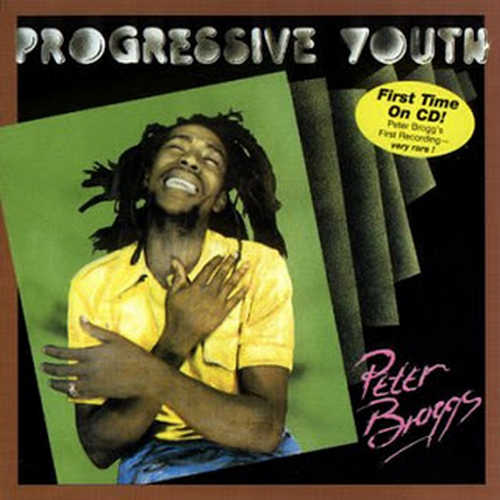 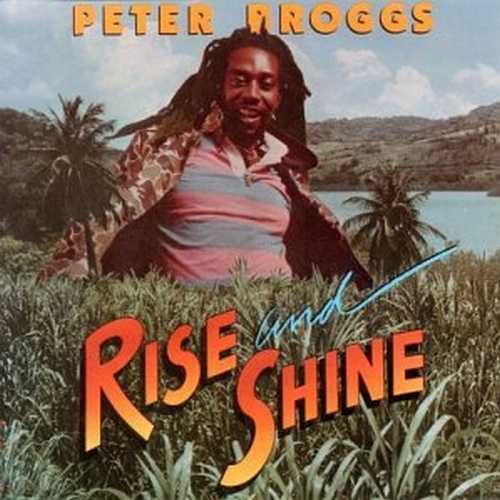 “At this time I wasn’t in contact with any musicians. I just sang for myself. Then, one day, I was sacked from my job because of my dreads – and that was how everything started. I said to myself that, with my redundancy money, I must throw myself seriously into music. So I went to see a guy I knew on the corner of Chancery Lane and told him I wanted to record a song. He took me uptown to buy two cassettes: one for music, one for mixing. In those days you could hire musicians for as little as 20 Jamaican dollars and I managed to get some of the Roots Radics. At that time, they still weren’t the complete line-up, but I had the good fortune to get Bingy Bunny, Flabba Holt and Dumbo. I reserved a bit of studio time at the Channel One studio on Maxfield Avenue and we recorded ‘Vank Out’. I paid for the pressing of the 45s and put them out on a white label. I started selling them in the street near the studio, at Randy’s – everywhere.”

“A few months later, I recorded and distributed ‘African Sister’ the same way, but things started to get difficult. The pressure was too great and it was costing me too much money. I didn’t earn much, and found the stress, hunger and pain of it too much. I was forced to go back to the ghetto, spending my nights with the other Rastas, smoking chalice until three in the morning, singing, writing, praying and praising Jah, eating ital. Living in the ghetto was like living in shit, but we survived, or at least tried.” 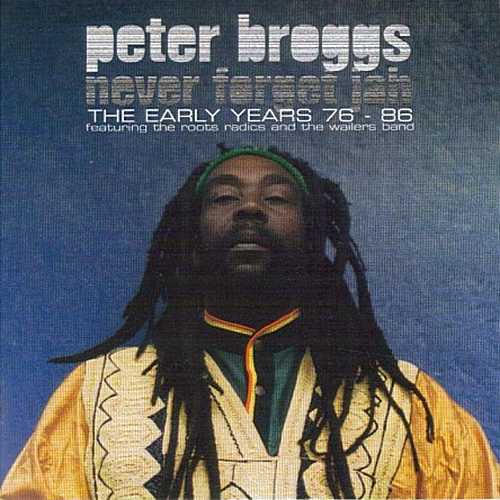 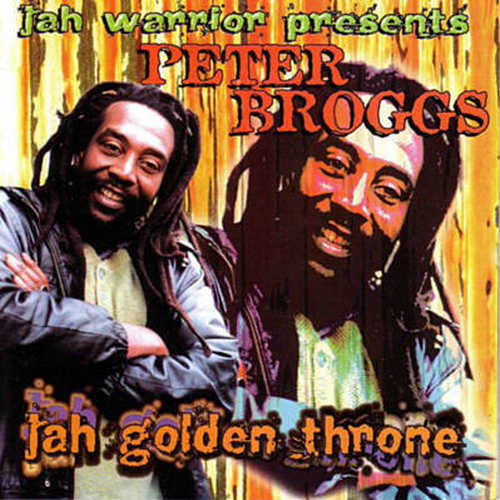 “Then, one day, I met Bim Sherman at the record-pressing factory. That was in 1975 or 1976. He said, ‘Man, I heard your song ‘Vank Out’ and I like the way you sing. I really like your style and sound. Believe me, you should keep it up.’ So, I started singing again with renewed confidence. Along with Bim Sherman and sacks of singles, we left to do a tour of all the studios: King Tubby’s, Treasure Isle, Studio One, Tuff Gong – the cream. We sold our songs in the studios’ courtyards. Miss Patsy Chin from Randy’s let me sell them near her shop too. She helped me a lot by getting me do odd jobs for her in exchange for a little money.”

“People started to hear my songs and to know more about me. I started chilling with Gregory Issacs. Then, one day, Bingy Bunny came to me and said ‘Peter, I’m going on tour to London with Gregory and I want you to record a few songs for me to take over there for the people to hear.’ I said, OK then, let’s go! The Roots Radics laid down the music to ‘Forward Natty Dread’, ‘I Don’t Know’ and ‘Never Forget Jah’ in two hours at Channel One. Then a few weeks passed before we could put the vocals down and mix everything, which we did at King Tubby’s studio in Waterhouse. When Bingy Bunny finally managed to book Tubby’s it was only for two hours – two hours for three songs! When we arrived, there was a singer in the studio I didn’t know. I didn’t know who was having a nightmare and eating into my time. He was using the same beat as ‘Forward Natty Dread’, so I went outside to practise my singing. Just then, Bingy busted out of the studio and told me to go in and sing what I’d just sung immediately, exactly the same. The other guy had to move over for me and I went in and did it in one take. Then I sang the other two songs at the end and my work was done. Man – in a quarter of an hour it was done!”

“I slipped in another couple of things of my own too. I was about to leave the booth when I heard ‘Do you want to do an album?’ through the cans. ‘If I send you the riddims, have you got enough lyrics for an album?’ I screamed out, YEEESS MAAAAAN! Run de tracks! So they sent through the riddims and I added the words. I did everything in one take – every song. And that’s why the album’s called ‘Progressive Youth’, because I’d moved steadily forward, without any major disasters. The boys in the studio had never seen anything like me before! Approaching the 10th track, I heard, ‘Peter, give us the one DJ style and that wil be 10! Try It!’ I didn’t know why they said that, but anyway, I heard ‘deejay dis one and make it 10’ and that’s why ‘Give Thanks’ is in a DJ style. It was totally improvised – the only song I’d ever done that way. All my singles were then distributed in England on the Ital label and featured such renowned musicians as Bingy Bunny on guitar, of course, the bassist from the Roots Radics Flabba Holt, pianist Gladstone Anderson, the drummer Style Scott and Bongo Herman.” 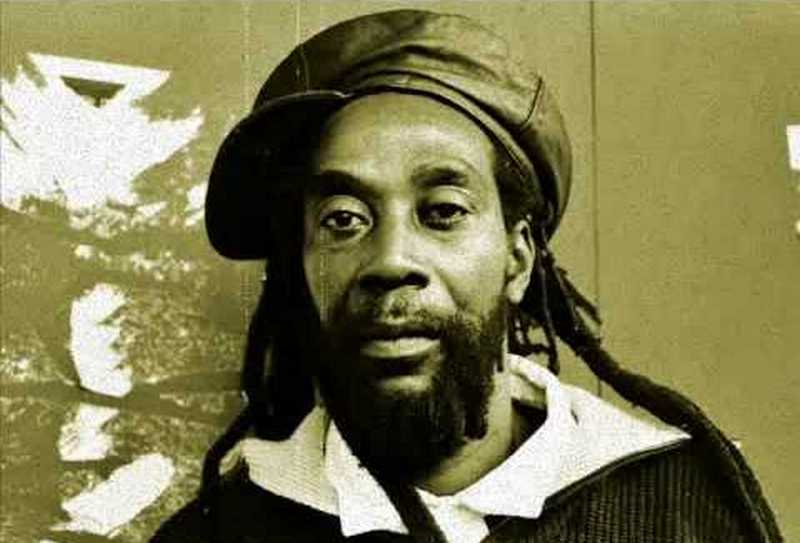 “I recorded nine singles with Coxsone, but only one was released. ‘Sing A New Song’ appeared on the B-side of a 12inch by Brigadier Jerry called ‘Every Man Is My Bredren’. The other songs never saw daylight. I then recorded with Prince Far I. We often met in the studio. They let us get on and do what we wanted. ‘Jah Golden Throne’ and ‘I A Field Marshall’, recorded with the Roots Radics, both came from these sessions. A few months later Doctor Dread asked me if I had enough for an album. I said yes and he booked Studio One, paid the Radics and we went into the studio…”

The ‘Rastafari Liveth!’ album was the first release on RAS Records in 1982. Peter Broggs and Ras Records followed it up with the ‘Rise And Shine’ album in 1985 and ‘Cease The War’, which was released in 1987. On his 1990 album ‘Reasoning’ he was backed by The Wailers and Roots Radics. In 2000 he released the ‘Jah Golden Throne’ set, a collaboration with UK based producer Jah Warrior.

Broggs suffered a stroke on 27 August 2004, and this left him paralyzed on the right side and hardly able to speak. The album “Igzabihir Yakal”, recorded with Dubcreator at the DC Studio for sound system team King Shiloh in Amsterdam, the Netherlands, in 2002, was released in 2005, and the profit from this album went to help pay Peter Broggs’ medical bills.