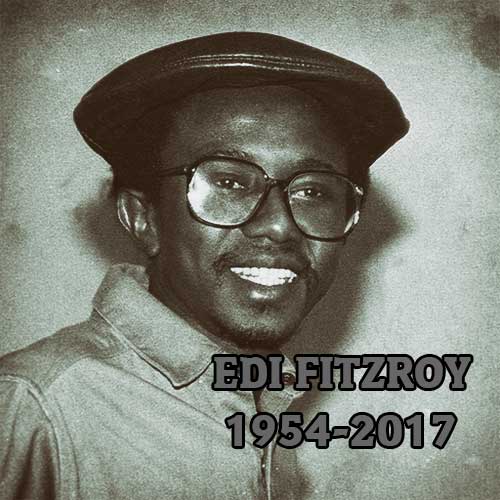 After the loss of reggae greats like Noel ‘Scully’ Simms, Reggae George, Nambo Robinson, Ronnie Davis and Gallimore Sutherland (from The Gladiators) in the first two months of 2017, the reggae world is confronted with sad news again as another musical soldier has returned to Zion. Edi Fitzroy died in the May Pen hospital on Saturday March 4, 2017 at the age of 62.

Edi Fitzroy is a hero to the people of Jamaica. He is credited with being the first radio personality to play Reggae on the air in Jamaica. When he did, it was a major controversy, but the people loved it. It goes like this: he and his colleague locked themselves in the radio booth, refused to come out, and continued playing Reggae all day on a predominantly R&B and Soul station. This event was recreated in the movie “Rockers”. At this time in the early 1970s, there was only one radio station on the island (JBC), so it was a major event that everyone heard. The buzz soon resulted in Reggae being played full-time on the island and several Reggae radio stations being born. Another interesting event is that Edi Fitzroy performed with the Clash on their hit “Bankrobber” from the “Black Market Clash” album.

Edi Fitzroy was born Fitzroy Edwards on November 17, 1954 in the cool hills of Chapleton, Clarendon, the son of a Sound System Operator Vasco Edwards and Kathleen Robinson. After leaving Primary School he went to live with his mother in Whitfield Town, Kingston and attended West Indies Commercial Institute where he studied accounts. As a teenager Edi followed the sound systems, in particular Anchio One.

In January 1973 he joined the staff of the Jamaica Broadcasting Corporation (JBC) as an Accounting Officer and was later promoted to Accountant – Payables, a job he held for 22 years (leaving in 1995). Edi did his recordings and music performances concurrently with his Accounting job at the JBC. Exposed to music, and in particular Jamaican popular music from an early age; an association with Pam Hickling and Mikey Dread led Edi to do his first set of recordings in 1978 – “Miss Molly” (a hit on the Jamaican Top 10 Charts) and “Countryman”, both written by Hickling. He continued to record with Mikey Dread, and “African Religion”, “The Gun” and “Stylee followed. Resulting from his hits during 1978 and 1980 he travelled to London with Mikey Dread, where he did opening acts for The Clash, A British Rock Group.

A split with Mikey Dread followed shortly after their return to Jamaica in 1981, and after a ‘cool-out’ break Edi Fitzroy began recording with the ‘Musical Ambassador’ Trevor Elliot, then of the Agency for Public Information (now Jamaica Information Service). This marked the renewal of a long-standing relationship with Trevor Elliot and graphics artist/songwriter Paul Aiken, then also of API. Edi’s first album, “Check For You Once”, produced by Trevor Elliott released in 1981 was number one on the Jamaican Hit Parade for four weeks, and in England the best selling album coming out of Jamaica at that time. The album included such hits as “Youthman Penitentiary”, “African Queen”, “Work On Mr. Farmer”, “First Class Citizen”, “People Dem A Suffer”, among others. This album was also released in the US by Alligator Records under the title “Youthman Penitentiary”

Edi Fitzroy sa himself as an artist from the people, of the people and for the people. He has done numerous benefit shows to aid community improvement, schools’ fund raising, churches and other charitable organisations. The lyrics of his songs portray his closeness to the people, and are born out of his experiences in the country parts and the by-ways of Whitfield Town. To quote Edi: “I can’t sing fantasies when there is so much wrong on the earth. I must sing about things going on, I have to remind the people when they forget. I won’t stop trying to uplift the consciousness of my people, and all the oppressed people of the world. I want them to get up and stand up for their rights.” Edi Fitzroy was greatly inspired by the music of the Hon. Bob Marley and would feel a traitor to Marley’s cause if he did not try to help in carrying forward the mission started by Marley. Thus, he writes and/or sings songs with a message.

In 1982 he received the Press Association of Jamaica Award in recognition of his contribution to the development of Jamaican Reggae music. This same year Edi also received the Award for the JBC Personality of the Year. In 1984 he received the Rockers Award for Most Conscious Performer, after crowning the year with a tribute to women titled “Princess Black”. What must be regarded as the most significant achievement of Edi Fitzroy’s music career was the launching of his second album titled “Coming Up Strong”, a title that seemed to emphasise the stage of his career. This album was started in 1982 and none of the material could be considered new, but yet, how relevant they are to the present. Some of the tracks featured on this album are “Jah Sun”, “Sow Your Corn”, “Love The People Want”, “Easy Ride” and “Princess Black”; done in typical Edi Fitzroy tradition. Also, worth mentioning are the tracks “Father”, which displays a superb performance of vocals, and “Chant Them” which is quite mystical and enchanting. 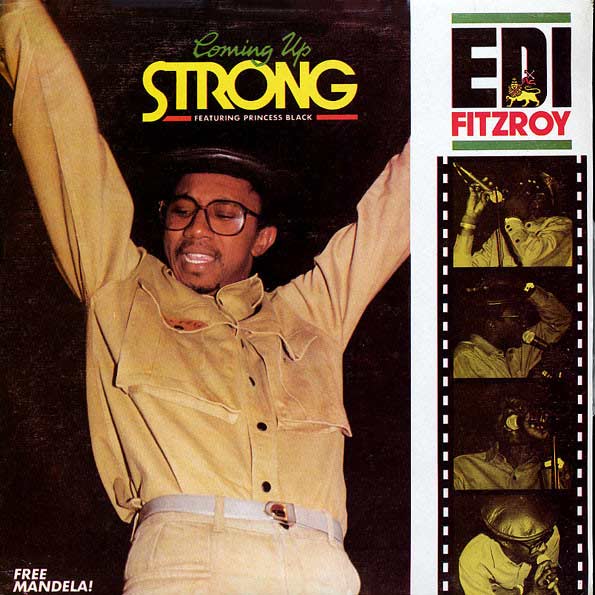 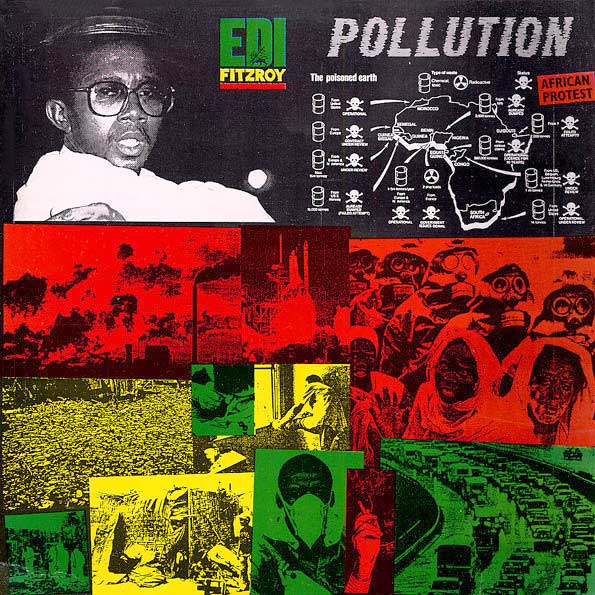 In 1985 Edi Fitzroy visited England as an ambassador, bringing Reggae Music for the first time within the Royal Festival Hall, home of European Classical Music situated on the South Bank of the River Thames. He later played his part during the tour of England described in the music press as, “The Magical Mystery Tour”. Edi closed 1985 by winning the Rockers Video Award for “Princess Black”.

“Eclipse”, Edi Fitzroy’s third album, released in September 1988 in Europe and the US, and later that same year in Jamaica, was produced by Delroy Thompson and Carl “Jaco” Thelwell. If an ‘eclipse’ means the passing of one time period and the birth of a new one then this album was aptly named. “Dancehall Feel”, “Shout It Loud”, “Lonely Woman”, “Hotel California” and “What A Trick” are among the 10 tracks featured on this album. “What A Trick” was the first single released in Jamaica and spent 23 weeks on the local charts. Later that same year Edi’s fourth album, “Pollution”, was released on the Bromac Label, produced by Owen Brown. “Dreadlocks Robinson”, “Working Class Woman”, “Death Trap” and “Pollution” are among the 10 tracks featured on this album.

In 1988, 1989 and 1990 Edi Fitzroy received the Award for the Most Cultured-oriented Artist in the 7th, 8th and 9th Annual International Music Awards held in Miami, Chicago and Jamaica respectively. In 1990 he also received the Sisters Celebration Award for his contribution to their concerts since 1985. A women’s group dealing with crisis, counselling, etc. The artist’s fifth album, “Deep In Mi Culture” on the Henry K Label, was released on December 9, 1993 at the Bob Marley Museum, in Kingston, Jamaica. Edi had made his impact in the music industry with his message songs of consciousness and “Deep In Mi Culture” did not betray the formula that had propelled him over the years. There are 10 tracks on this album that came out on vinyl and cd. These include “Deep In Mi Culture”, “Love The People Want”, “Bounty Hunter”, “Revolution” and “Hunting”.

Edi Fitzroy did an extensive tour of the US East and West Coast with the Massawa Band during the Summer of 1995. He performed at the Vermont Reggae Fest, Reggae on the River and more. 1996 saw Edi receiving the Woman to Woman Award in recognition of his contribution to their causes. Sistren Inc operated this women’s group. The single “Guiltiness” by Edi Fitzroy and Cutty Ranks on the Digital B Label was released in 1996. That same year saw also singles released from Edi’s sixth Album, “I Cry”, which were “Oh Jah”, ‘I Cry” and “Africa Is Calling” (with Frankie Paul), which was number 2 on the Top 40 Chart (RJR Radio) and number 17 on the Star Chart (print media) during March 1996. Other singles released were “Mr. Bossman” and “Live Upright” on the Jack Scorpio label and “I Love You My Dear” on Bobby Digital’s Brick Wall label. In 1997 Edi worked on his seventh album “There Is A Fire” for artist/producer K.C. Whyte of 7 Star. Singles released during this period were “Trickster”, “Not Giving Up So Tough Luck”, “Johnny” and a remix of “Princess Black” (with Sizzla), all on the Digital B label.

Singles released in 1999 were “Bury The Guns” and “I Love You” on the African Museum Label. In that year he and Gregory Isaacs worked on his 8th album “Togetherness”, an album that remained unreleased. Howver the next year his ninth album, “We A Lion”, produced by Whitfield Henry (aka Witty) hit the streets. The album opens with a spiritual chant “Mount Zion”, giving praises to the Almighty. “We A Lion” displays a conscious, explosive and energetic Edi Fitzroy. Edi’s Ninth Album, WE A LION, produced by Whitfield Henry (Witty) was launched on November 29, Then in 2001, Trevor Elliott released “First Class Citizen”, a compilation of some of Edi Fitzroy’s early works with the Musical Ambassador. In 2002 Edi took a cooling out period and did some writing during this year.

The following year the veteran singer added yet another dimension to his repertoire by hosting his own Cable Programme on VCN Prime Sauce Communication Network during January to April 2003 – “Cultural Exposure”, in which he explored the roots of reggae music with the foundation artists. Strolled down memory lane live with the legends, heard where it all started, explored their careers. The viewers were able to see them perform and spoke with them live. Edi also highlighted health issues, educational and current events on his cable programme. 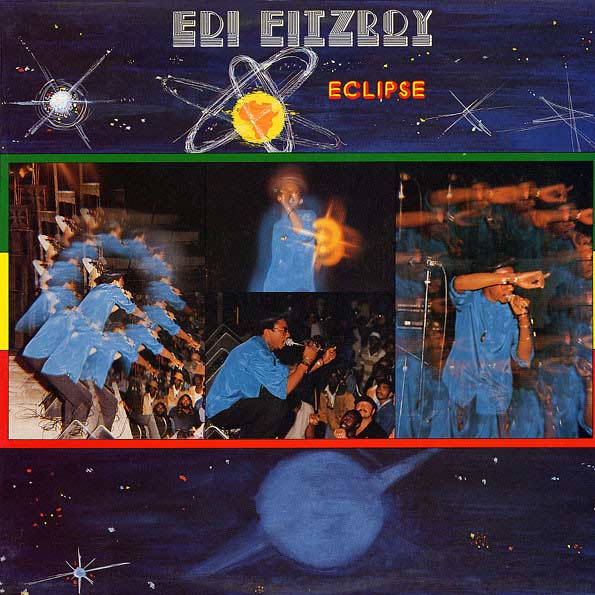 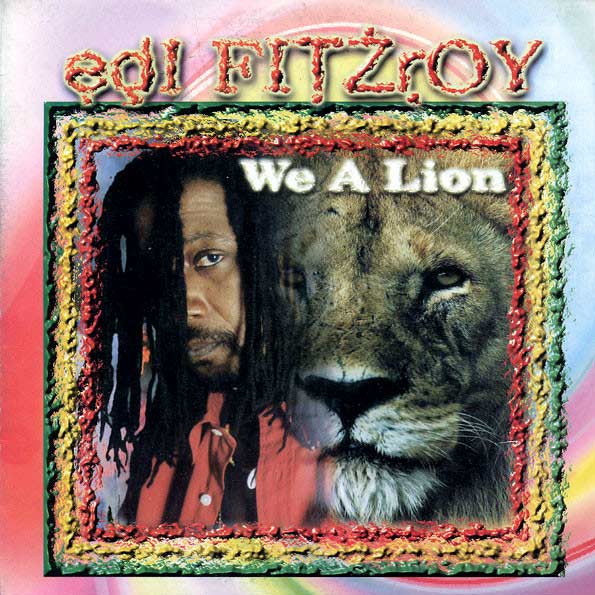 In 2004/2005 he recorded two albums, the General Jah Mikey produced “Voice Of The Innercity” and “Love The People Want” for Henry K Productions, which both remained unreleased. Instead he released the album “Hold The Vibes”, produced by Joe Bressler for Riddimbank, Adam Heller of King Step Recordings and Edi Fitzroy for Confidence Music. This album was number 5 on the Miami and LA-California Reggae Charts and also did well in Europe and the Caribbean. Some tracks on this album are “Hold The Vibes”, “Bad Boys”, “Pretty Lady”, “Open Your Heart” and remixes of “The Gun” and “First Class Citizen”. In the follwing years Edi Fitzroy continued to record including singles such as “Too Much Murder”, “Politician” and “Free Up Your Mind” and performed on the Long Beach and San Diego Raggamuffin Festivals, the Monterey Bay Reggae Festival, Rebel Salute, Western Consciousness, and the 27th Annual Reggae on the River festival.