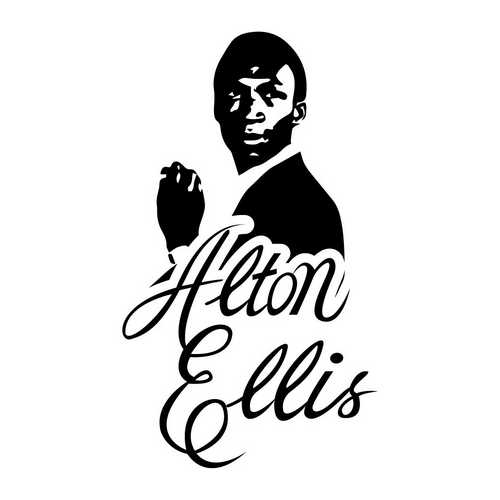 Alton Ellis O.D. ((born Alton Nehemiah Ellis on September 1, 1938) has died at the age of 70 in London, England. Officials at Hammersmith Hospital announced Sunday morning October 12th 2008 that Ellis, who had cancer of the lymph glands, died peacefully Saturday morning 4:45 AM after he had been hospitalized for several weeks.

Alton Ellis, dubbed the Godfather of Rocksteady, was one of Jamaica’s all-time favorite vocalists. The singer came to prominence in the late 1960s when the frantic Ska beat slowed awhile to allow soulful crooners, such as Alton, to come to the fore. Like so many other talented singers, he got his start and gained valuable experience under the tutelage of producer and Studio One label founder, sir Coxsone Dodd. However before trying to establish a career as a singer, Alton was a dancer. It was with his then-partner Eddy Parkins that he did his first commercial oriented recording session for Coxsone Dodd at Federal Studio in 1959. The duo cut the moving prison ballad “Muriel” with Clue J’s Blues Blasters backing them. Not long after cutting the follow-up “My Heaven”, Parkins left to try a solo career in the United States, leaving Ellis a solo act.

It wasn’t until the fast paced tempos of Ska slowed down and riddims became more emphatic, that Alton Ellis became one of the major stars of Rocksteady and Early Reggae. During the transitional period — from early 1965 to 1967, the year of Rocksteady domination — the so-called rudeboy music was popular. Alton Ellis always refused to glorify the rudies — the violent bad boys. He and his group The Flames (consisting of his brother Leslie Ellis, David “Baby G” Gordon and Winston Jarrett) consistently took an anti-rudie stand on record which can be heard on five classic singles for producer Duke Reid, “Don’t Trouble People”, “Dance Crasher”, “Cry Tough”, “Blessings Of Love”, and “The Preacher”. He then decided it was safer to concentrate on more romantic concerns, including many of the most masterful interpretations of US Soul material to emerge from Jamaica. Some five years later he returned to warning the rudeboys with the exceptional “Big Bad Boy” for Keith Hudson’s Mafia label.

Alton Ellis popularized the Rocksteady genre, which relies on vocal harmonies and has a slower tempo and heavier bass than Ska, with his song “Rock Steady”. During the brief flowering of the genre — between the autumn of 1966 and the summer of 1968 — he moved between Brentford Road (Studio One) and Bond Street (Treasure Isle) and recorded many classic records with Coxsone Dodd and Duke Reid, all of them being chart toppers in Jamaica. Among his best-known recordings were “I’m Just A Guy”, “Let Him Try”, “Ain’t That Loving You”, and “Girl I’ve Got A Date”, the latter of which became his biggest hit and signature song. 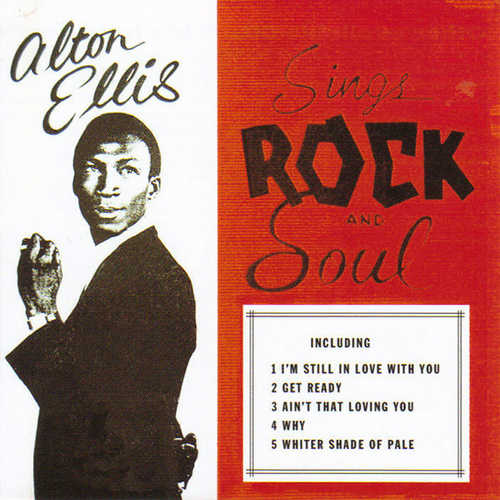 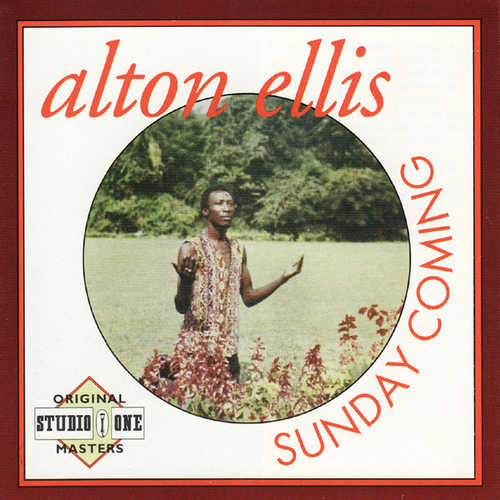 Not satisfied with the fact that he was still living in the ghetto despite having all these hit tunes under his belt, and seeing that the producers’ studios were getting bigger and bigger, he left Jamaica and went to Canada in early 1969. But he came back in 1970 and continued to provide both Dodd and Reid with important hits. Some were in the gloriously romantic strain with which he had been successful before, but he also proved to be equal at home with the type of socially conscious material that was to become increasingly popular in the 1970s. Most notable among these were such as “African Descendants”, “Set A Better Example”, and the incisive “Blackish White”, all recorded at Studio One. Furthermore he recorded noteworthy tunes for producers like Clancy Eccles, Lloyd “Matador” Daley, Herman Chin-Loy, Vincent Chin, and Bunny Lee.

After having toured England in early 1967 he went back there again in 1971, and during a brief stay he recorded a few songs including “Don’t Care”, “True Born African”, “Keep On Yearning”, and “I Can’t Find Out”. In 1972 he returned to Jamaica and tried to break through as a producer, but with little success. He then decided to return to Canada. During his seven-months stay he teamed up with old musical friends Lyn Taitt and Jackie Mittoo for various gigs. Alton then moved again, this time back to England, where he has based himself (intermittently) ever since. There he has worked with local producers like Lloyd Coxsone, Phil Pratt, Junior Lincoln, and Ephraim Barrett on assorted projects. Promising deals with Island Records and A & M Records failed to pan out, but Alton Ellis continued to produce his own material including the excellent self-produced album “Still In Love” (1977). Furthermore he was involved in the beginnings of Janet Kay’s career and a cover version of “I’m Still In love With You”, formed the basis for Althea & Donna’s “Uptown Top Ranking” – a UK number 1 in 1978. He also opened up the Alltone record shop in Brixton, London, and started a record label of the same name. 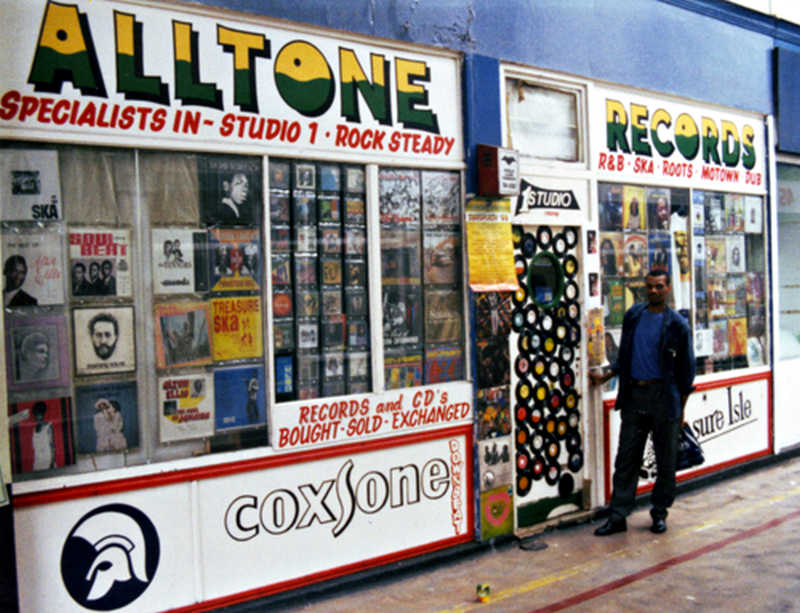 Even though he had moved to England, he occasionally recorded for Jamaican producers such as Sonia Pottinger, Sugar Minott, Henry “Junjo” Lawes, and King Jammy. With these recordings he didn’t enjoy the success he had in his Rocksteady and early Reggae years, however it didn’t prevent him from recording new material including albums such as “Love To Share”, “Sets A Better Example”, “Mr. Skabeana”, “More Alton Ellis” and “Man From Studio One”. In an interview with Dr. Buster Dynamite he says about that period in his career… “I was working very hard – doing stage shows in England, Germany, USA, and Japan. But instead of going on tour doing fifteen shows, I was only offered mostly one-off shows. So I came back home with little earnings. Also a problem I had to face was that I wasn’t consistent anymore in writing new songs. It’s really a creative problem, because when I was young I could write a top song instantly. Now when I’m older my way of thinking has changed.”

In the past 15 years, with the revival of the rocksteady trend in Europe, he began performing again. Besides stage shows he also headlined several festivals in the US and Europe. In December 2007, he was admitted to hospital in London for treatment of cancer of the lymph glands, but he returned to live performance after receiving chemotherapy. One of the last shows he did was on August 10th 2008 at London’s Jazz Cafe, where he was joined by his son Christopher. Varese, a contributor to the “CHATTY MOUTH : REGGAE, RANTS AND REASONING” discussion board, was there and reported…

“Alton was very tired and had to be helped off stage to have a breather for a couple of songs while Chris sang the tunes. He seemed upset to have to do that, and seemed generally unhappy with his performance and voice. Luckily the crowd that was there would have loved it even if he’d merely smiled at them, and there was a lot of love towards him as well as a fair bit of concern… He said he’d just got back from JA the day before, where he’d been singing a lot- something like 10 gigs and TV appearances and recording 40+ specials. He said he didn’t think he should really be doing the gig at the Jazz Cafe and also muttered darkly about having to fulfill contracts at various places.” 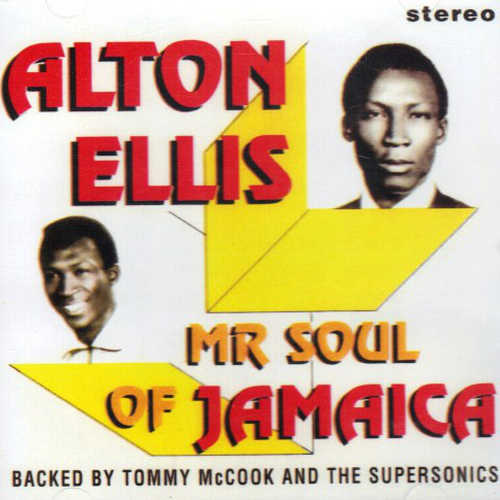 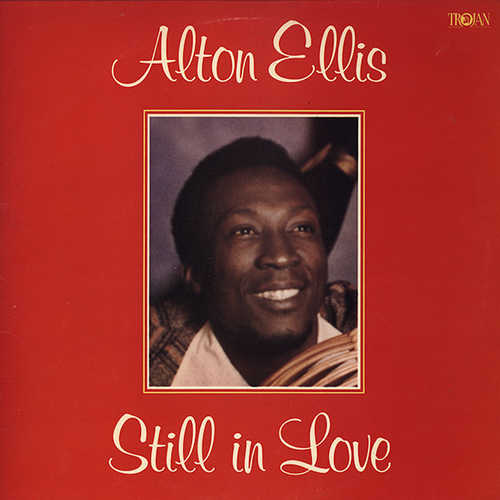 In 1994, Alton Ellis was awarded the Order of Distinction from the Jamaican government in recognition of his vital contribution to the island’s popular culture, and in 2006, he was inducted into the International Reggae and World Music Awards Hall Of Fame.

Ellis, who lived in the London suburb of Northolt, is survived by his wife, more than 20 children from different relationships,including reggae singers Noel Ellis and Christopher Ellis, and many grandchildren.

(Sources: “The Rough Guide To Reggae”, Dr. Buster Dynamite’s sleevenotes of “Get Ready For Rock Reggae Steady”, and www.roots-archives.com.)