Garnet Silk – Gone but not forgotten

“If you know not Jah, you know not love” – this quotation precisely summarizes the philosophy at the core of Garnet Silk’s music. Due to the efforts of this humble Roots singer, positive spiritual themes returned to Dancehall Reggae in the early ’90s, an era dominated by x-rated and violent lyrics. With singles such as “Give I Strength”, “Complaint”, Zion In A Vision”, “Mystic Chant” and so many other Roots Reggae classics, the exceptional singer influenced all succeeding artists of the genre.

On Saturday December 9th 1994, Garnet Silk died in a fire at his mother’s house in Green Vale, Mandeville, situated in the Jamaican parish of Manchester.

Garnet Silk, born Garnet Damion Smith in Bromelia, in the parish of Manchester, Jamaica, on the second day of April 1966, became one of reggae’s most promising cultural artists from the moment this singer turned deejay made a serious impact with his debut album “It’s Growing” and his first major hit “Hello Africa”.

At a very young age – when he was still in elementary school – Garnet dreamed of becoming an entertainer. Family and friends encouraged him and at the tender age of 12 Garnet Silk entered music business when he started deejaying as Little Bimbo with a local sound system called Soul Remembrance. Thus this youth discovered an outlet for his thought-provoking lyrics, an audience outside of his schoolmates and family, and there was no turning back. In the years that followed he got involved with other sound systems like Destiny Outernational, Pepper’s Disco and Stereophonic. While working with these sounds Garnet developed his vocal and lyrical delivery further. Drawing inspiration from the words and music of Bob Marley and Burning Spear he started his recording career in 1985. It was actually dub poet Yasus Afari who hooked up Garnet with Delroy “Callo” Collins who produced his first single, “Problem Everywhere”, then still under the name of Bimbo. 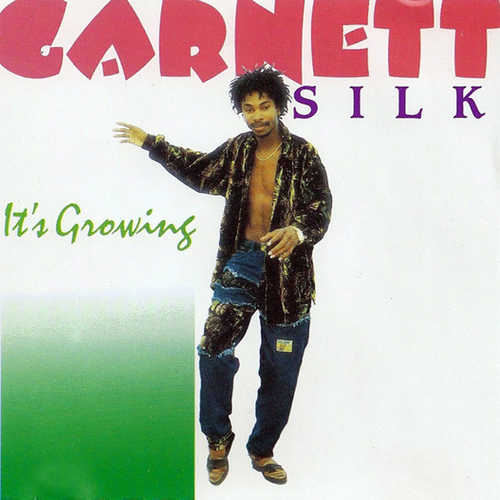 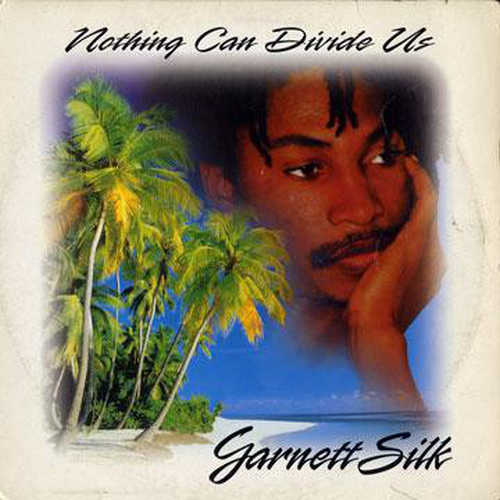 The single didn’t make any impact, mainly because at that time the almshouse tunes were heavily in fashion and a tune like “Problem Everywhere” just did not suit the taste of the record buyers. After this experience Garnet more and more started to concentrate on singing rather than deejaying. Then a young, rather inexperienced and very shy Garnet Silk moved from the hills of Manchester in central Jamaica to the capital city of Kingston where he first teamed up with Sugar Minott’s Youth Promotion label, for which he recorded “No Disrespect” (featured on the Easy Star compilation set “Hidden Treasures Vol. 1” from 1999). Furthermore he did recording sessions for the late King Tubby, King Jammy and Donovan Germain.

Also in Kingston he met producers Steely & Clevie and spent many days hanging out with them at the renown Mixing Lab Studios. It was Steely who immediately recognized Garnet’s potential as a singer and appropriately named him Garnet Silk, thus matching the texture of his voice better. He signed his first recording contract with Steely & Clevie Productions and commenced recording his first album in 1990. From the recording sessions with this producers duo only one song – a combination tune with Chevelle Franklin entitled “We Could Be Together” – was released. It was obvious Garnet Silk didn’t encounter the success he was longing for and returned to the countryside. There he took time to concentrate on writing new songs, often in the company of his childhood friend Anthony Rochester. The year 1992 proved very successful for Garnet Silk.

In February he was introduced on stage by Tony Rebel, a popular cultural deejay and close friend, at a White River Reggae Bash in Ocho Rios, Jamaica. Tony Rebel as well as the aforementioned dub poet Yasus Afari not only played an important role regarding his musical career, but were also responsible for introducing Garnet to the teachings of Rastafari, a discovery that altered his life forever. While in Ocho Rios Tony Rebel introduced Garnet Silk to producer Courtney Cole, whose Roof International Studio – based in this small town on Jamaica’s north coast – provided a refreshing alternative to the Kingston mainstream. From then and there Garnet Silk started to get notable success with singles like “Nothing Can Divide Us”, “Mama” “Seven Spanish Angels” and the popular combination tune with Yasus Afari entitled “I Can See Clearly Now”. One day Bobby “Digital” Dixon was in Ocho Rios and when he heard Garnet Silk singing he got so impressed that he invited him to come to Kingston. 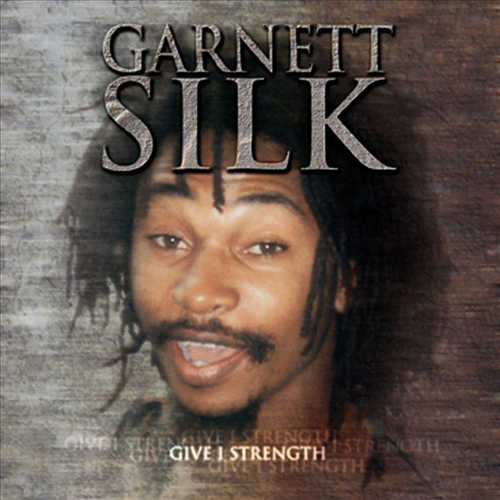 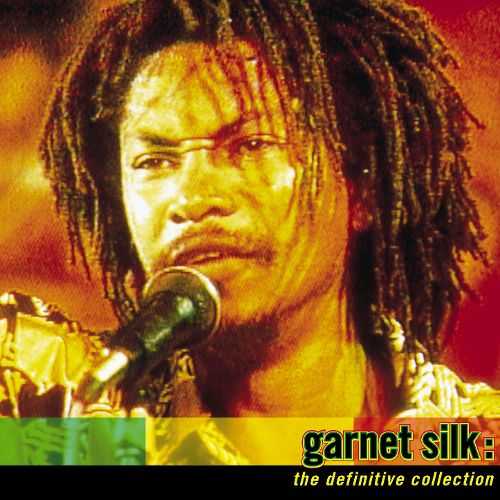 During 1992 he spent some time at the Digital B Studio and voiced his first output for Bobby Digital, which finally led to the release of Garnet Silk’s debut album “It’s Growing”. This album brought Garnet Silk international recognition and established him as one of the prime stylists that emerged in the early nineties. The release of this album had a serious impact and, together with returning to consciousness by such popular deejays as Buju Banton and Capleton, marked a turning point in dancehall music. Revealing a singer/songwriter of rare depth and originality, “It’s Growing” was hailed as a masterpiece of modern roots music by both reggae fans and critics. Comparisons were inevitable drawn with the late Bob Marley, and some even called him “the next Bob Marley,” but Garnet Silk was the first to shun the title. “I see Bob as the king of Reggae and a brother,” Garnet said in a January 1994 Reggae Report interview. “Bob has done his work and now Jah appoints me to do mine, just like Bob.”

With the Richard Bell produced single “Hello Africa” – released on the Star Trail label – Garnet Silk scored his first international major hit as it reached number 1 in the UK reggae charts and held the position for several consecutive weeks. To this day, “Hello Africa” proves the most popular song worldwide in Garnet’s list of recordings. Other hits such as “Place in Your Heart”, “Fill Us Up With Your Mercy”, “Zion In A Vision”, “Kingly Character”, “Jah Jah Is The Ruler”, Singing For The People and “Splashing Dashing” followed and made the young singer the reigning star in Reggae music. During the time that Garnet Silk dominated the charts, he uplifted Reggae with cultural messages and Roots Rasta music. Due to his huge success Garnet recorded continuously and toured extensively, filling clubs and concert halls wherever he performed. The pace was so grueling that early in 1993, when he had to leave the stage during a performance at the Ritz in New York City, he went under doctor’s orders to take a rest. Diagnosed with low blood pressure and exhaustion, Garnet Silk was forced to retreat from the limelight.

By the beginning of 1994, Garnet Silk was rested and ready to continue his musical quest. He signed with Ocho Rios-based Kariang Productions and also secured his first major label deal with Big Beat/Atlantic. The release of the Steely & Clevie produced album “Love Is The Answer” featuring the 1990 recordings and single releases like “Harder”, “Complaint” and “Fight Back”, a combination tune with good friend Richie Stephens, soon put Garnet Silk back on the international Reggae charts. His triumphant return was highlighted at Jamaica’s two premier international festivals in the summer of 1994. Reggae Sunsplash and Reggae SumFest were charged with emotional energy during Garnet Silk’s mesmerizing musical display. Garnet’s final performance was at the Mirage nightclub in Kingston where he was part of Richie Stephens’ birthday celebration on the Tuesday night before the tragedy took place.

Garnet Silk was staying at his sister’s house, together with his wife – who was six months pregnant – and his children, when he left to see his mother. From this point there’s no-one to tell exactly what happened on that night as all the survivors were sleeping and woke up only with the explosion which occurred at his mother’s one-room wooden house around midnight. It is told that a friend was showing Garnet how to use a shotgun when it accidentally went off, striking a nearby cooking gas cylinder. Along with his growing fame, Garnet had become increasingly concerned about security at the house – though he was a true novice when it came to firearms. That night, the errant gun blast ignited the gas cylinder, effectively giving rise to a lethal blowtorch. Garnet Silk, his two brothers and two friends managed to escape. However, when Garnet realized his mother was still trapped inside, he re-entered the inferno. Neither of them survived.

Although after all those years the still sorely missed Garnet Silk will live forever through his music and message!