Joseph ‘Jo Jo’ Bennett officially began his musical career at the age of 10 when he enrolled at Alpha Boys’ School in Kingston, Jamaica to begin formal studies in Jazz and the Classics. He began playing the drums but made a voluntary switch soon after to playing the trumpet. He became very proficient in musical theory in general and a long time before graduation he was allowed by the Institution to instruct new arrivals in musical theory and practice.
Picture

After graduation, he played as lead trumpeter with the Jamaica Military Band for quite a while. After training, his classical music involvement was short as Jo Jo was being aggressively pursued to perform on the Pop circuit by the Caribbean leading orchestras. Jo Jo Bennett left the Military Band to perform on Jamaica’s North Coast but was courted by the island’s leading orchestra Byron Lee & the Dragonnaires and he recorded several albums with them before choosing to stay in Canada after the group’s impressive show at Expo 67. 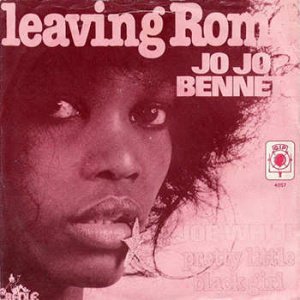 Once settled in Toronto, he organized his first Canadian performing group called The Fugitives whose home base was the West Indian Federation Club in Toronto. In the ’70s and ’80s, Bennett was involved in many musical ventures in Canada (Toronto) and was the prime mover behind establishing the first (and only) Black controlled music school. At this time instructions in the Reggae music genre was introduced under his tutelage. In 1970, while on hiatus in his homeland Jamaica, Bennett saw the release of his first and only album Groovy Joe while performing live and doing studio work for numerous record companies. This album – produced by Harry Mudie – contained a really good recut of his big Rocksteady hit The Lecture called Lecture Me.

He had several hits while at home, his most memorable Leaving Rome thus establishing his talent on an international level. He returned to Canada in the late ’70s and shortly after in 1979 registered his record label Bunjo. Jo Jo Bennett was the leader of the Toronto-based Pop-Reggae band The Sattalites, a band that was the winner of numerous music awards including a Juno in 1990.