Tony Gorman aka Silver Kamel has passed away

With sadness we read on JahSolidRock’s Facebook page that Anthony M. ‘Tony’ Gorman aka Silver Kamel has passed away at the age of 72. He lost his battle with cancer on September 12, 2021. UK reggae label Silver Camel, founded by Tony Gorman and active in the early ’80s, released many material from Jah Thomas and his Midnight Rock crew, but went defunct when Silver Kamel relocated to the US. In the early 2000s, we got in contact with Tony after the rebirth of the label as Silver Kamel Audio. Although we never met him in person, it was obvious that he was a very nice and humble person.

To honour him, we republish the brief history, he wrote for our site in 2003.

TONY GORMAN AKA SILVER KAMEL HAS PASSED AWAY

It all started in 1958 while living in Handsworth, Birmingham, U.K. My parents bought me a piece of furniture that looked like a sideboard complete with a Garard deck and a massive 8″ speaker. At this time my musical tastes ran to whatever I could get my hands on! Also at this time is when an influx of immigrants were arriving in the area with a cornucopia of fresh sounds. This was my first introduction to Caribbean music, which I used to play at youth clubs on their record players whenever they would let me. 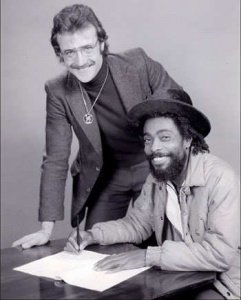 My family moved out of the “inner city” and to the suburbs around 1963-64, where my first disco identity “Safari” surfaced. I was working odd jobs at this time, and could afford the basic equipment necessary to play at the Mod clubs. At that time, the local Mods were listening to Soul, Tamla-Motown and a little Ska and Rock Steady. Around 1968-69 the name of the disco changed to Silver Camel, mainly because I smoked Camel cigarettes and only wore silver or white gold jewelry!

Silver Camel had quite a posse in the Walsall area and played with sounds that were rocking the local music scene. Sir Kaye from the Lord Raglan was a primary source of music: letting me sit and play through his whole collection of pre-releases, selling me some while providing a play list to go searching for! At this time, Camel teamed up with another local DJ and opened Camel Cat Records, just around the corner from the Walsall Technical College. Here you could buy an egg & bacon sandwich, cup of tea and the latest in Jamaican music!

Sources for reggae music were few and far-between, so it was on a trip to London that I discovered Daddy Kool’s, hidden in a tiny shop on Hanway Street, off Oxford Street. Daddy Kool’s was selling a mixture of jazz, soul and reggae. Sometime during 1975-76 Silver Camel and Daddy Kool’s joined forces, changing to a reggae-only outlet to deal with the increasing demand from the international market for Jamaican music.

This partnership worked well for several years, so the business moved to a larger space on Dean Street. Silver Camel was a very active sound system, playing venues like the 100 Club on Oxford Street (Tuesdays & Thursdays), as well as blues and sound clashes at other venues on the weekends. Many reggae and punk dignitaries visited the shop to drop off their latest releases or to pick up some music for themselves.

Around 1977-78 Daddy Kool’s decided to enter the production side of business and released music from producer Phil Mathias. Those releases included: “So Many Times” by the Majestarians, “Earth, Wind and Fire” by Paul Blackman/Augustus Pablo. Followed by “Cry Tuff Dub Encounter Chapter III” by the late-great Prince Far I. After Jah Thomas’ “Dance Hall Stylee” was remixed and edited in London by Silver Camel and Jah Thomas, it hit the number one spot on the (then named) Black Echoes LP charts. With added confidence, Silver Camel penned the tune “You’re the One”, which was recorded by the group Tropical Breeze. By the end of 1979, Daddy Kool’s and Silver Camel parted ways.

Silver Camel Music released many more productions in the early ’80’s. There were songs from reggae legend Alton Ellis “Daydreaming”, dub LP’s from Ranking Dread and Al Campbell and the showcase style series “Roots Reggae Party Vols I & II”. Many great tunes from Jah Thomas and the Midnight Rock crew included: Dance Hall Stylee (re-released on the Silver Camel label), Dancehall Connection and Ghetto Man Skank. A variety of discos from Barry Brown “Peace & Love”, Little John “Say What You’re Saying” and Triston Palmer “Run-Around Woman” showed much promise for the fledgling label. Other fine producers were featured, as you can see from the full catalog.

In 1983, a decision was made to move Silver Camel to the US. Silver Camel USA was on the scene doing reggae boat trips out of Long Island Sound. As guest DJ for the Terrace Club in Stamford, CT, he opened for Ziggy Marley, Toots & the Maytals and Michael Rose. Silver Camel also helped organize a Caribbean festival starring Mikey Dread, which ran for two consecutive years.

In 2002, pressure from friends brought about the long-awaited release of Billy Boyo and the rebirth of Silver Camel as Silver Kamel Audio (SKA). SKA’s intent is to bring you a selection of music that will affect your life: whether it makes you happy and ready to dance, or awakens your inner consciousness and provokes action. Play it, feel good… for life is short. Enjoy every moment of every day and pass on your good vibes to those around you.

Sincere condolences to his family and friends. R.I.E.P. 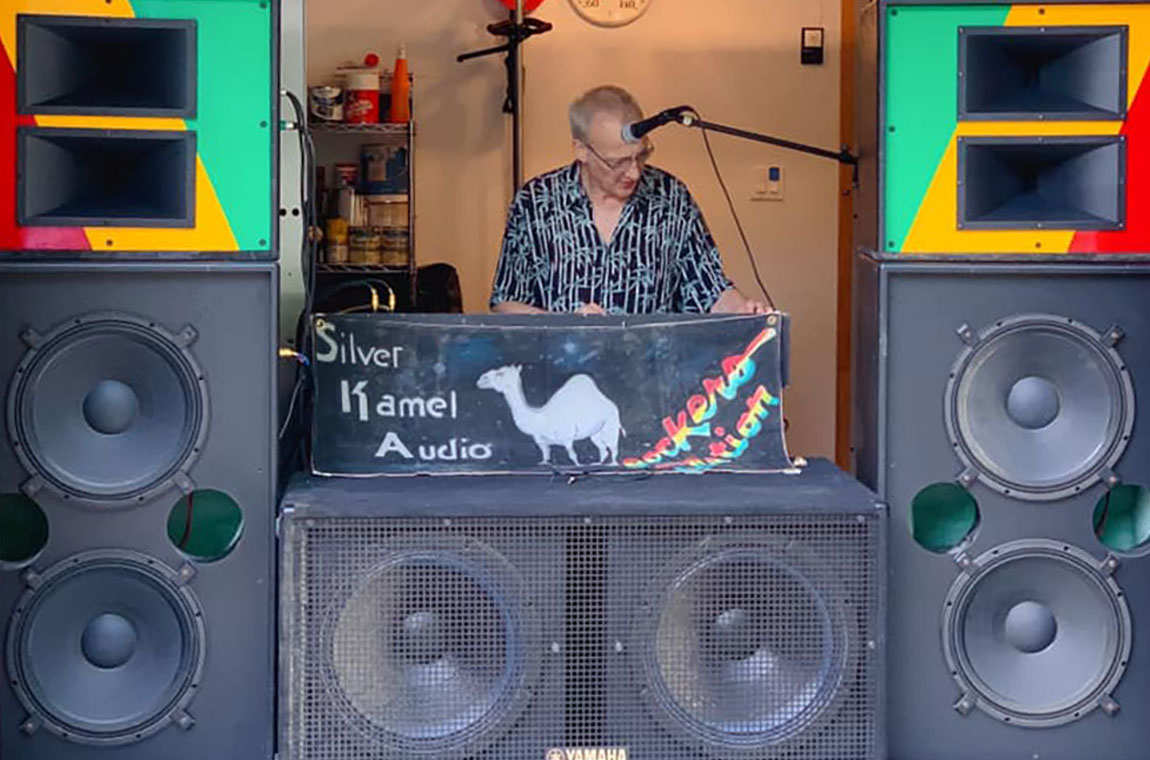