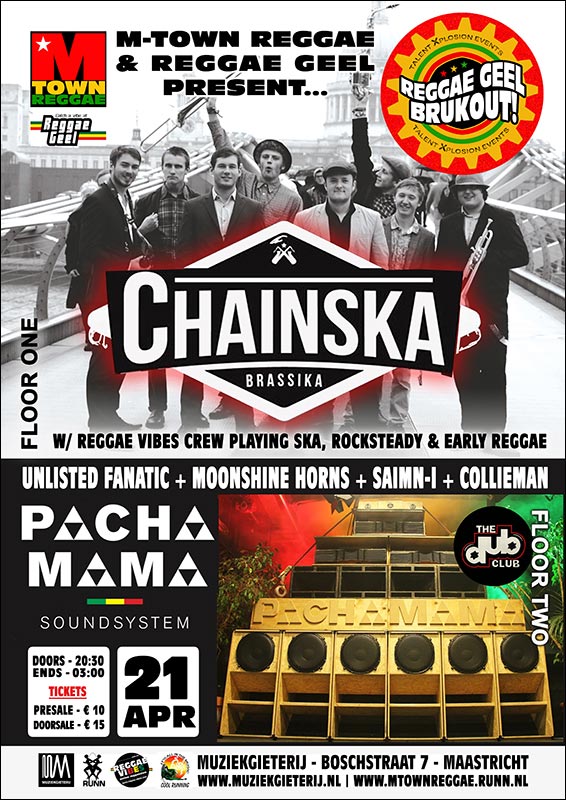 Where:  Muziekgieterij, Maastricht, the Netherlands

“Real musicians, real band, real brass section… fabulous & so refreshing”, said the legendary reggae ambassador David Rodigan about Chainska Brassika, and he certainly wasn’t the only one who was raving about the winners of the first World Reggae Contest in 2015. Even Ken Stewart of The Skatalites called the band one of the most impressive and promising upcoming acts in the Reggae/Ska genre that he had seen or heard in while. In 2013, Chainska Brassika released their successful debut EP, “Unwind”, which in 2015 was followed by the pioneering UK Steppas producer Nick Manasseh produced debut set, the critically acclaimed “Skinna”. The band has played all over the UK and in the European festival circuit including Glastonbury, Larmer Tree, Secret Garden Party, Boomtown, Bestival, Notting Hill Carnival, The Isle of Wight Festival, Sosnoweic (Poland), Ostroda (Poland), Outlook (Croatia) and toured Italy in 2015, always setting stages and faces alight.

On Thursday April 21, 2016, the Muziekgieterij in Maastricht, the Netherlands not only was the first stop for Chainska Brassika on their mini European tour, but also the place of their first ever appearance in the Netherlands. The following two days were reserved for shows at the Freedom Sounds Festival In Cologne, Germany, and at the Reggae Geel Brukout! event in JH De Bogaard in Geel, Belgium. 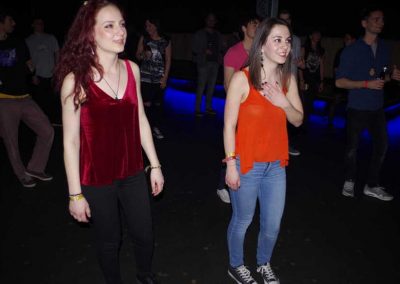 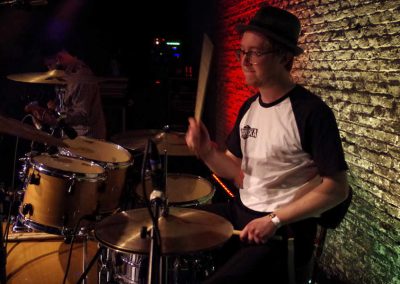 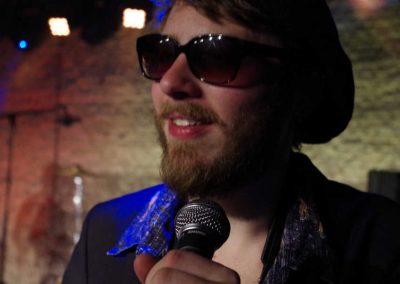 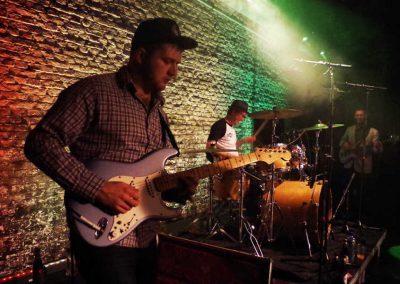 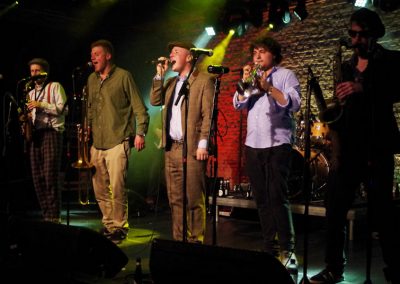 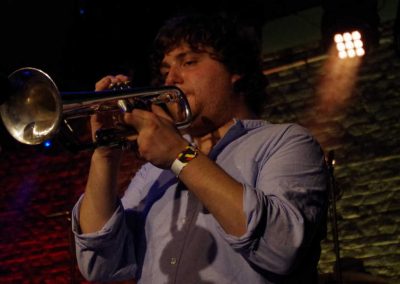 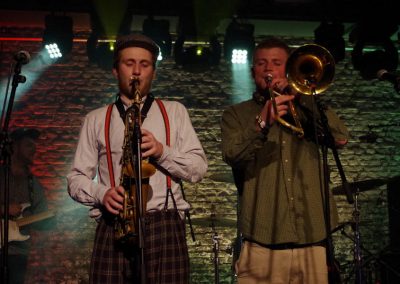 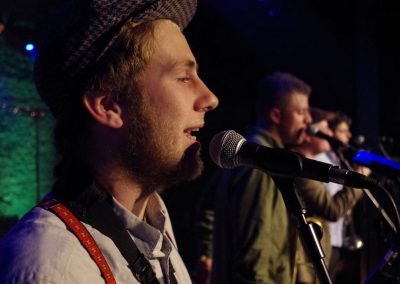 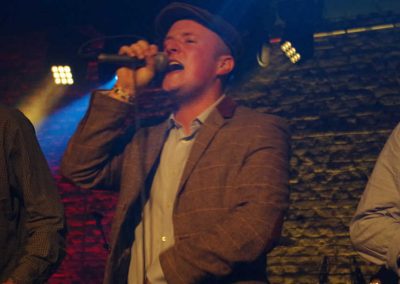 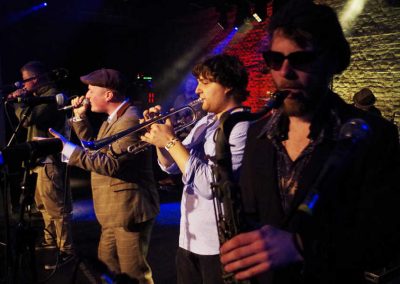 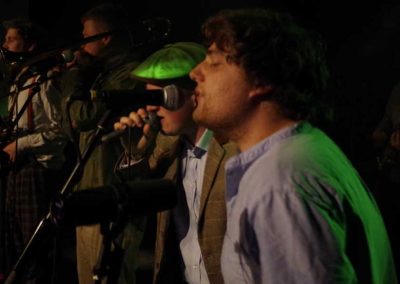 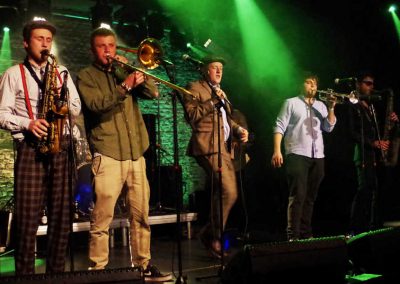 Actually the very first event of the Reggae Geel Brukout! series started off in Maastricht, the Netherlands, and besides Chainska Brassika also featured Unlisted Fanatic, Moonshine Horns, Sainm-I & Collieman from Belgium and Pacha Mama Soundsystem from the Netherlands. Pacha Mama Soundsystem started out the evening around 8.30pm with a selection of serieus platter, before they, later on, gave way to the Belgian collective – headed by producer Unlisted Fanatic – to spread their vibes through the great sounding custom built sound system. Unfortunately (and unexplicable) it turned out that there was very little interest in this event and with only 50 people or so in the house it was almost impossible to build up the vibes. But not for Chainska Brassika!!

Chainska Brassika took the stage around 11:15pm and wasted no time rallying the small crowd in front of the stage. The band got things started in a great way, using a part of Aswad’s Love Fire” aka Dennis Brown’s “Promised Land” as intro ‘inna dance stylee’ before the lead singer came on stage to open their set with “Love The Way”, which comes from the “Skinna” album. Towards the end, there’s a nice twist and turn when the song’s head nodding relaxed Reggae riddim suddenly goes into Ska territory and then returns to Reggae mood again. Despite the small crowd, this 8-piece Ska-fuelled, energetic Reggae and Dub band from South East London instantly made clear that they wanted the audience to get up and dance and have a good time. And the people, they loved it!! Of course, the band played tunes from their “Skinna” album, but they also treated the people to a few covers and brand new material that was recorded at Harry J’s studio in Kingston earlier this year.

And thus new songs such as “Sunshine”, “Trainline”, “Mind Body Soul” and “It’s Not Fair” (all to be included on their second album due for release in 2017) were part of their fully entertaining and engaging set. It was with big tunes like the crucial “Bad Habits”, the message song “Knowledge Is King”, the latino-ska of “Get Some” and the rebellious “Riot” with its infectious horns part of Pigbag’s 1981 dance instrumental “Papa’s Got a Brand New Pigbag”, that the band got the people into a frenzy. And thus it wasn’t really surprising that they were hungry for more and got them doing two encores, which included a wicked version of The Skatalites’ “Christine Keeler” and then a crowd-pleasing cover of The Maytals’ “Monkey Man”. The vibes held tight throughout the about one and a half hour lasting set, which – given the circumstances – deserves a huge compliment. The latter also goes for the band’s sound engineer, who truly did a great job. Top Ska & Reggae band fi sure!!!