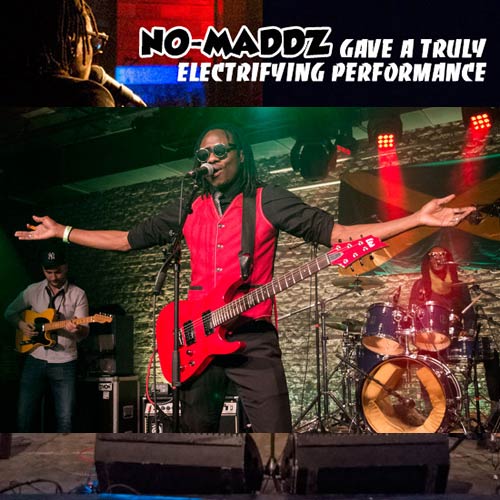 Having fond memories of the excellent No-Maddz show at the 2014 edition of the annual Reggae Geel festival in Belgium, we were eagerly looking forward to the band’s appearance in the Muziekgieterij, Maastricht, the Netherlands, on Friday 25 November 2016. However, about a week before the show it came to our attention that only two members of the artsy five-piece outfit, guitarist/vocalist O’Neil Peart and drummer/vocalist Christopher “Krispercs Upner” Downer, had kicked off their “Unite Us” wintertour in Europe with guest musicians Bunn Riley (bass) and Jérôme David (guitar) on their side. So it’s obvious that it raised the question if this No-Maddz outfit could live up to our (and others) high expectations. 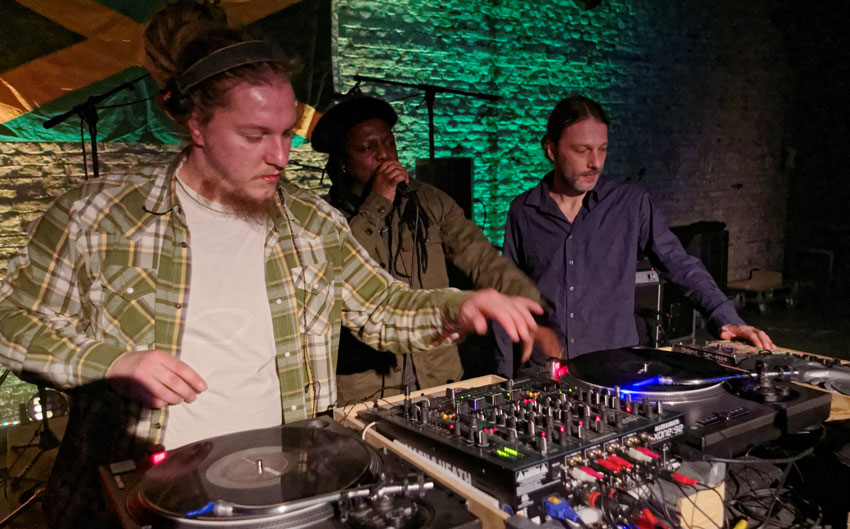 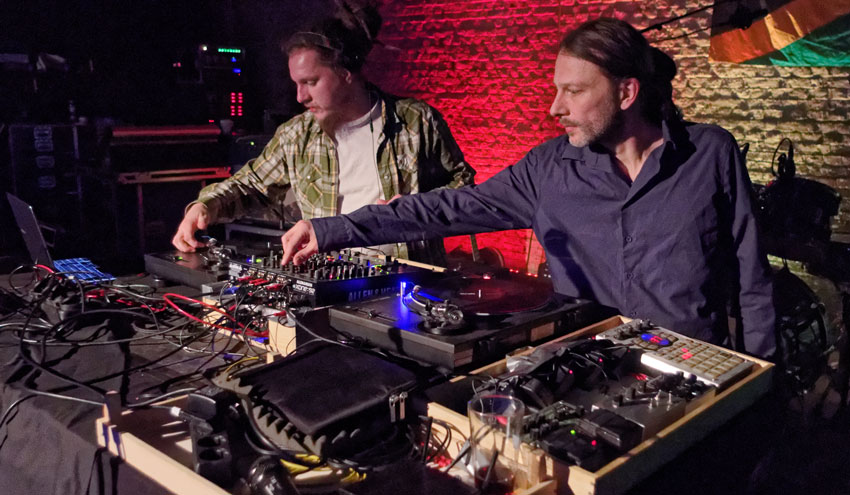 After a more than two hours lasting exciting performance the conclusion could be drawn that No-Maddz had delivered a professional and overall great show. Performing to a crowd of young and old reggae and music lovers, the quartet thoroughly entertained the massive with a mixture of popular No-Maddz songs and new material, obviously fully enjoying the entire experience as much as the often enthousiastic reacting audience was. They gave a breathtaking electrifying performance full of energy, which created great vibes and at times got the crowd in a frenzy.The setlist of their show was cleverly put together. Besides a selection of their own material that fuses a wide range of musical styles, they included (parts of) classic tracks taken from various eras in the history of reggae music, which reggae aficionados in the audience instantly recognized and could relate to. 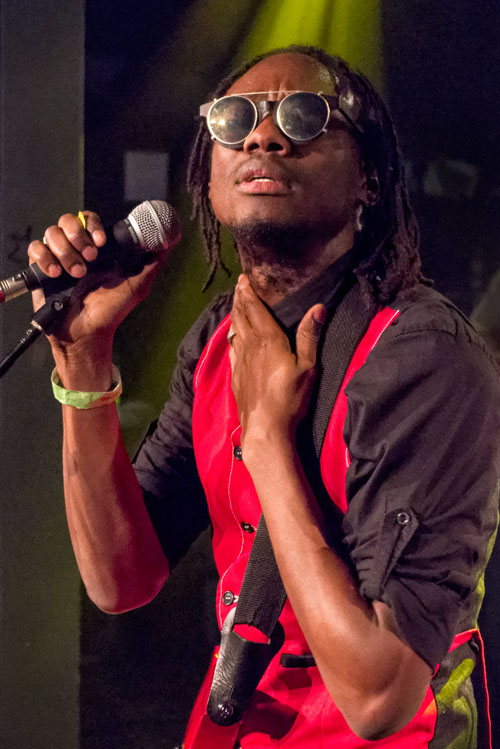 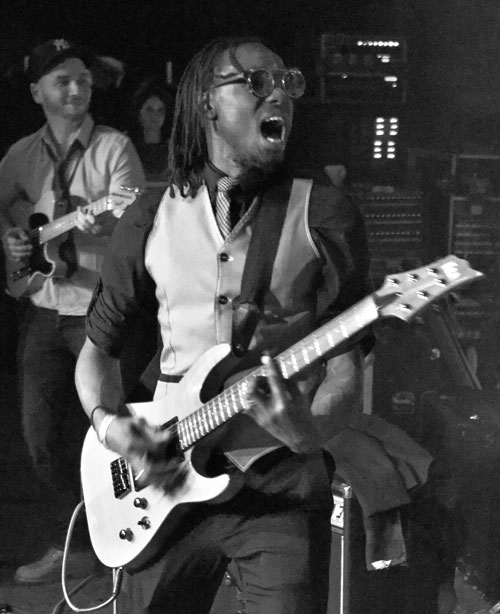 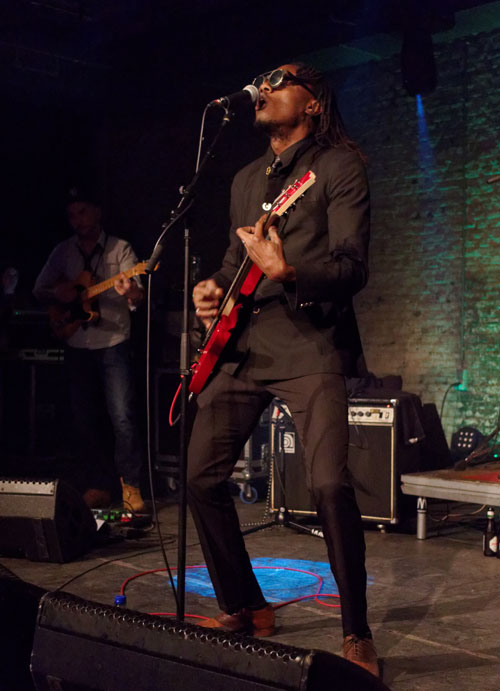 The seamless mix of own material and rock, reggae & dancehall standards took the performance to a higher level and at the same time it expressed that although their music is totally different from the usual reggae & dancehall sounds of today, it’s rooted in Jamaica’s popular music. Incorporated were snippets of well known tunes like Max Romeo’s “Chase The Devil”, Alton Ellis’ “I’m Still In love”, Black Uhuru’s “Shine Eye Gal”, Beres Hammond’s “Can’t Stop A Man”, Gregory Isaacs’ “Night Nurse”, and Chaka Demus & Pliers’ “Murder She Wrote” and even some lines from Bill Hayley’s “Rock Around The Clock”!. After the intro the show got started with a rendition of Steel Pulse’s “Blues Dance Raid”, which then evolved into the hit tune “Shotta” and the powerful “Better Mus’ Come”. The opening part instantly made clear that No-Maddz had only one goal in mind, namely ‘tear down the place’. They continued with “I’m The Way” and “Shine Eye Gal” and their recent singles “Promises” and “Unite Us”. Then it was time to enjoy some sweet music for lovers with the wonderful R&B flavoured “Romance”, which displayed O’Neil Peart’s vocal versatility. 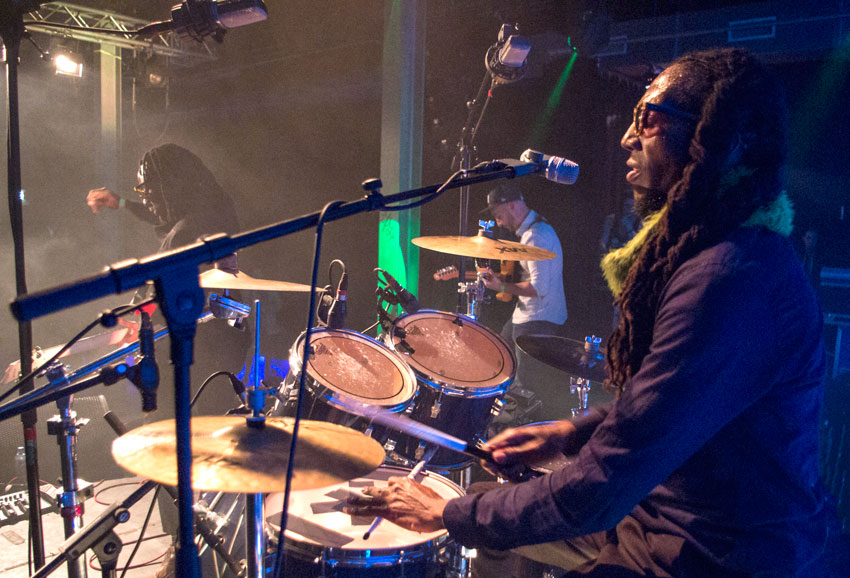 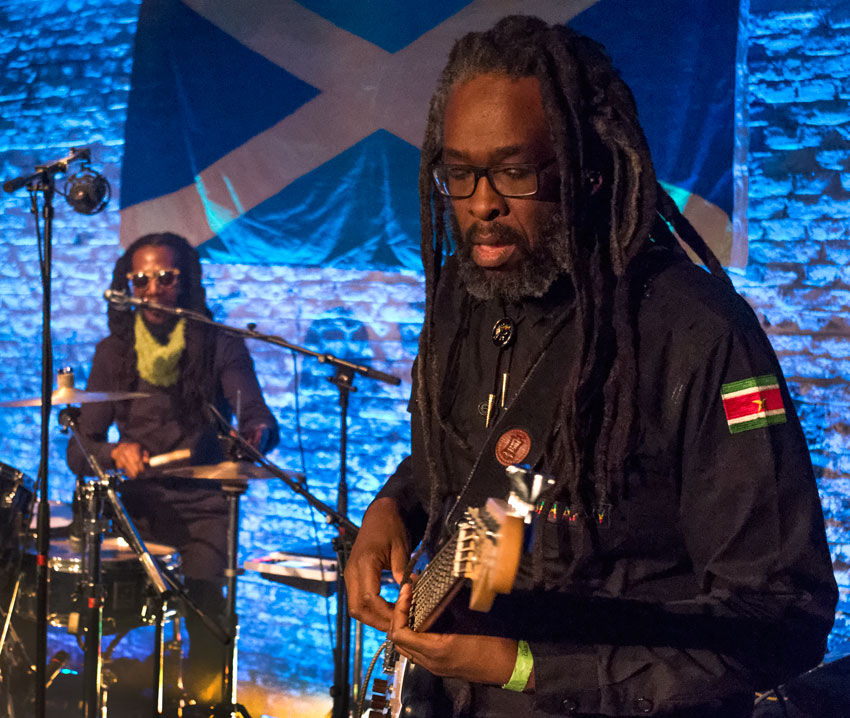 With “Life Of The Party” (“One and a two and a three and a four… happily moving on the dancefloor”), No-Maddz got the crowd in a dancing mood and continued to do so with the “Bam Bam” riddim, sometimes called “Murder She Wrote” riddim, an early 1990s dancehall riddim produced by Sly & Robbie which became very popular when the song “Murder She Wrote” by Chaka Demus & Pliers was released. After having done a part of Chaka Demus & Pliers’ world wide smash hit, they flawlessly continued with “Order My Steps”. and then, of course, there was No-Maddz’s signature tune “Rise Above Profanity”, probably better known as “Poo Puku Poo”. Although it seemed to be the last tune of their show, it wasn’t. They gave the people what they wanted… more No-Maddz! And thus the massive was treated to a kinda jam session with the quartet vibing to tunes like Bob Marley’s “Waiting In Vain” and “Exodus”. Of course, due to a different line-up, we missed members trading vocal duties, but nevertheless it was a show that could be fully enjoyed! 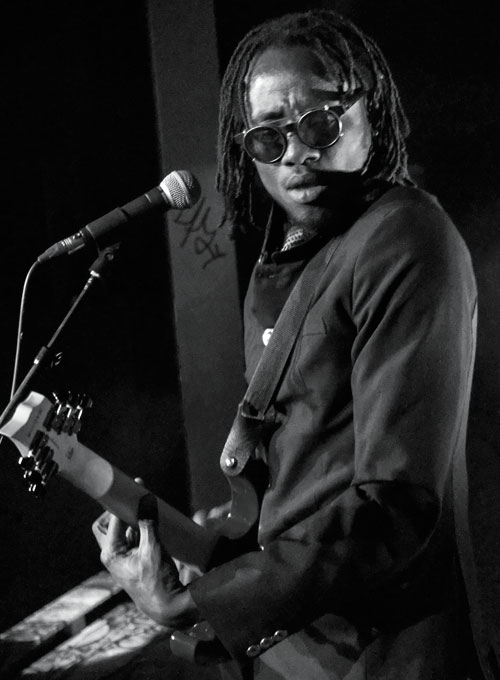 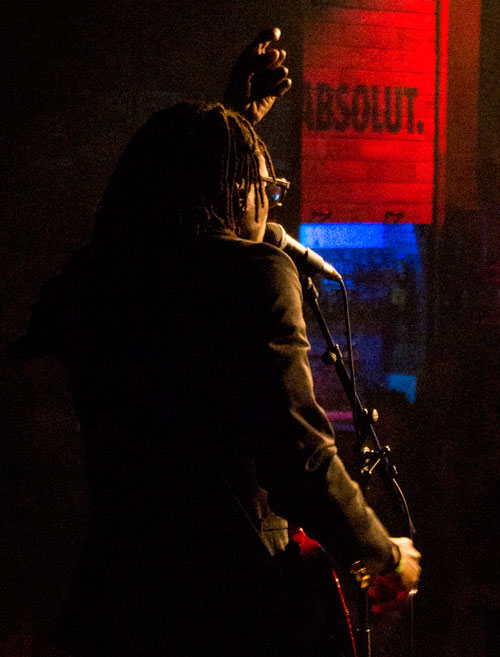