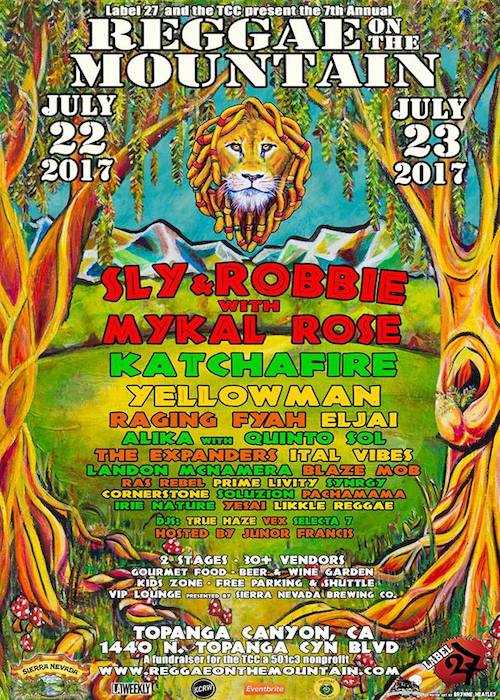 When Yellowman, the perennially provocative “King of Dancehall Music,” pointed at the assembled crowd at this year’s eighth annual Reggae on the Mountain (July 22-23) in California, “nobody move, nobody get hurt” – a historic refrain in music history, rang out – echoing throughout Topanga Canyon, raising the hair on both mountain and Rasta lions alike.

Rising from jubilant, head-bobbing, booty-shaking revelers who were buoyed by benevolently cooler temperatures this year, this rebel-infused war cry was notable because it came from attendees who, for the most part, were either babies or not yet born when King Yellowman first released the free-wheeling, addictive riddim. The title track off of his hit album from the mid-1980s, “Nobody Move, Nobody Get Hurt” has, like much of Yellowman’s discography, been sampled countless times by countless artists – including by the late hip-hop pioneer and rapper, Eazy-E. Back then, the song’s pulsating, unrelenting beat could be heard playing from sound systems and boom boxes all over the world. 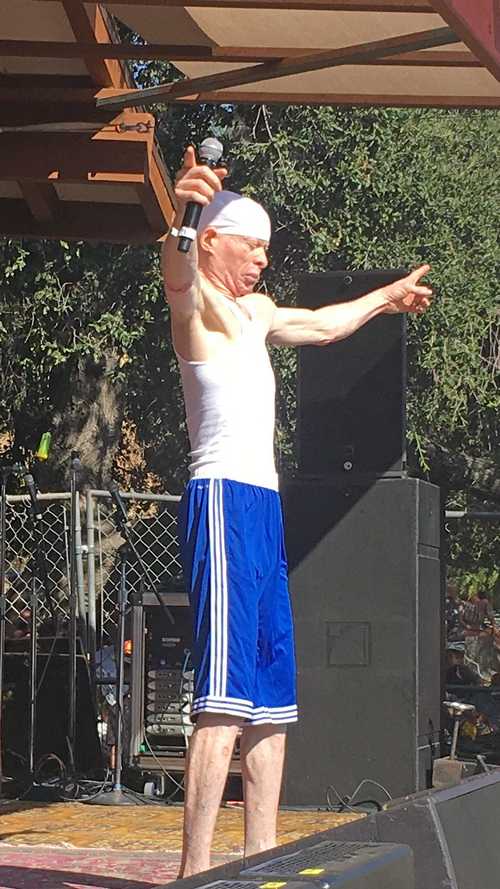 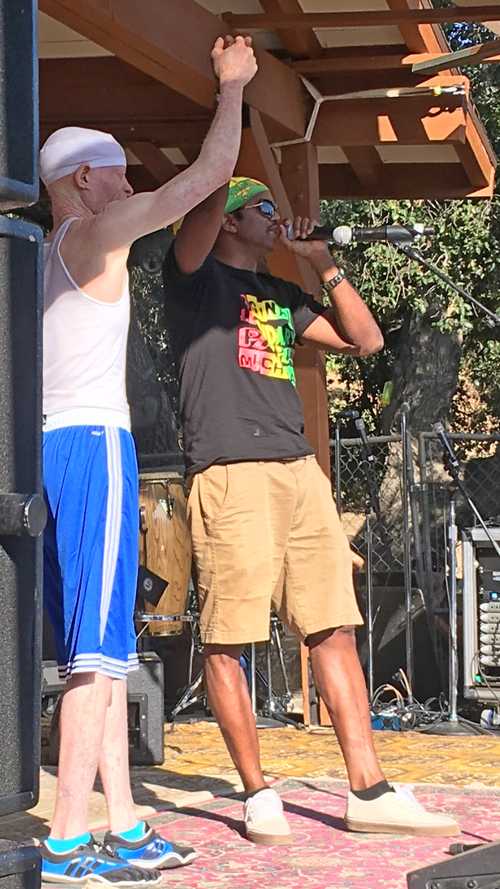 That same staying power of an unforgettable dancehall rhythm, one that will live on for generations to enjoy, was also on display when, to the audience’s surprise and delight, Yellowman was joined mid-performance by fellow reggae legend, Papa Michigan. With real rude boy verve, Michigan, backed by Yellowman, banged out a number of massive tunes including “Diseases” – perhaps his biggest, best, most historic hit. Afterwards, Michigan told this writer backstage: “I didn’t come to perform with my friend. I am in town and I heard Yellowman is on stage. And so I come to visit him, you understand me? We [as reggae artists] have to support each other. We have to strengthen each other.” 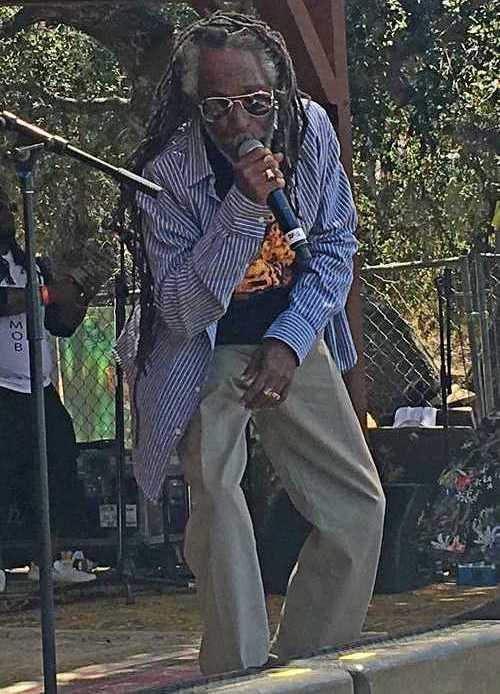 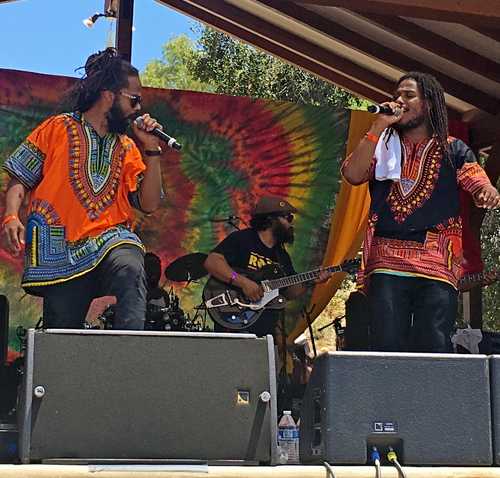 Indeed, a sure sign Reggae on the Mountain has entered the ranks of premiere reggae festivals worldwide is not only its ability to book royalty like King Yellowman – or this year’s headliners, Sly & Robbie, who performed an unforgettable, soul-stirring set with Mykal Rose – but also, it’s the unplanned, unexpected cameo performances. This year saw three whizbangers.

In addition to the incomparable Papa Michigan, festival-goers were blessed by two other unscheduled performances given by important figures in reggae music history. First, Garth Dennis, a founding member of Black Uhuru and Wailing Souls, mashed up the stage with up-and-coming roots reggae band Blaze Mob (its three members, Shaka Rock, Gyasi Gong, and King Saeed, are all Garth’s sons). And then, during new Tuff Gong recording artist Eljai’s crowd-pleasing performance, right after Eljai wisely counseled that “reggae music has the power to change the world,” he handed the mike to DJ Ranking Joe; an undisputed don of the dancehall, Ranking Joe dazzled with his unique, machine-gun style delivery, leaving the crowd begging for more and feeling as if the world, in fact, had changed – for the better. 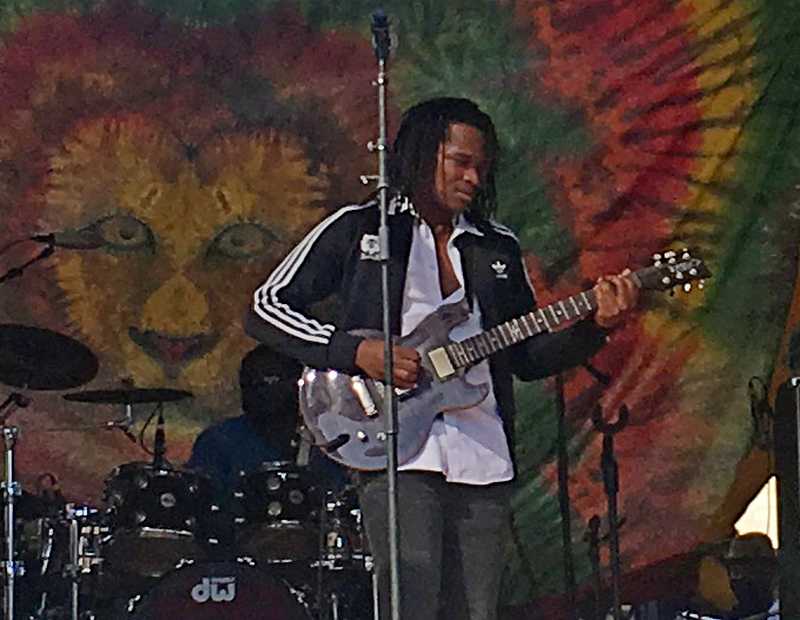 Giving maximum respect to all of this year’s Reggae on the Mountain performers, there is little question, at least in the mind of this reggae lover, that this year, it was Kingston, Jamaica’s Raging Fyah who stole the show. Fresh off of being nominated for a Grammy award for the release of their third full-length studio album, “Everlasting,” Raging Fyah played a soulful, joyful, gotta get up on your feet and give them props kind of performance.

With clouds of marijuana smoke mystically billowing through the air, the band – which only just recently announced a contract to enter the cannabis industry with a personalized strain of weed called “Everlasting Kush” – played their hearts out, wowing the crowd with their passion, consciousness, and love for soul-changing, reggae music. It was everything this year’s patrons could have wanted and more. Much, much more.